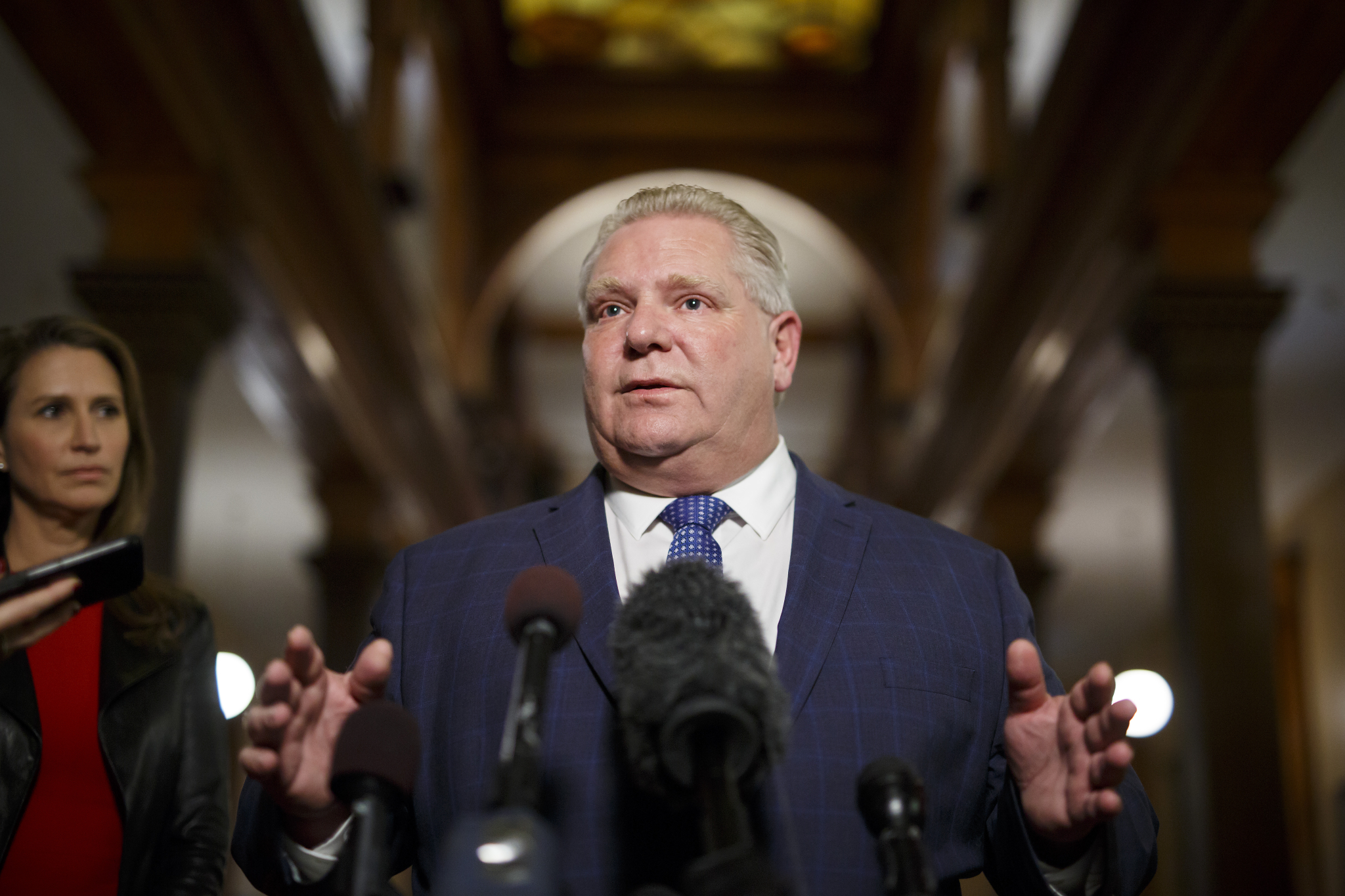 Ontario opposition parties are slamming the Progressive Conservative government after its bill to lower gas taxes passed at Queen’s Park on Tuesday.

Premier Doug Ford’s government announced last week it would temporarily cut the province’s gas tax by 5.7 cents per litre and its fuel tax by 5.3 cents per litre, but not until July 1 — about a month after the provincial election slated for June 2. The cut would expire at the end of the year.

The Ontario NDP, which forms the official Opposition, said the scheme would increase oil and gas company profits without helping ordinary Ontarians, while the Green Party criticized it for encouraging more fossil fuel consumption and contributing to climate change. The Liberals supported the bill.

The latest move echoes one of Ford’s 2018 election promises to reduce gas prices by 10 cents a litre — a drop that never materialized. The price cut was to be achieved by lowering the provincial gas tax and ending Ontario’s cap-and-trade system. While the Ford government did scrap cap-and-trade, that move resulted in the federal carbon tax taking effect, and prices at the pump didn’t fall.

Ford vowed again to cut fuel prices last fall but did not.

The legislation comes as gas prices have soared to about $1.70 per litre and is expected to result in a drop of more than $600 million going into provincial coffers.

“Ongoing supply chain challenges and geopolitical conflicts are pushing up the cost of living from gas to groceries,” Finance Minister Peter Bethlenfalvy said in a statement. “With these added pressures, families and businesses need extra help to keep costs low. That is why our government is bringing forward legislation to provide tax relief at the pumps and put money back into people’s pockets.”

In a statement, the NDP said the bill doesn’t force oil corporations to lower prices but rather reduces the tax money going to the government. “Gas companies can maintain or even raise prices and gobble up the windfall profits themselves,” said the statement. The NDP called on the government to immediately issue a $200 rebate to each household in the province’s north, which has the highest costs of fuel and living.

“Families across Ontario are struggling to keep up with a steep rise in the cost of living,” NDP house leader Peggy Sattler said in a statement. “Doug Ford had four years in government to fix this. Ford promised to cut gas prices by 10 cents a litre. Instead, prices are higher than they have ever been… Ontarians are paying big prices for his hollow campaign promises.”

The Ontario Green Party pilloried the government and the Liberals for supporting a bill “that will support fossil fuel consumption” a week after the Intergovernmental Panel on Climate Change issued a stark warning that greenhouse gas emissions must peak by 2025 and be halved by the end of the decade to limit global warming to 1.5 C.

Premier Doug Ford’s government announced last week it would temporarily cut the province’s gas tax by 5.7 cents per litre and its fuel tax by 5.3 cents per litre, but not until July 1 — about a month after the provincial election slated for June 2.

“The way to save people money is by getting Big Oil out of our pockets,” said Green Leader Mike Schreiner. “But Doug Ford wants to lock Ontario into an expensive, dirty future based on urban sprawl, long commutes and increased fossil fuel consumption.”