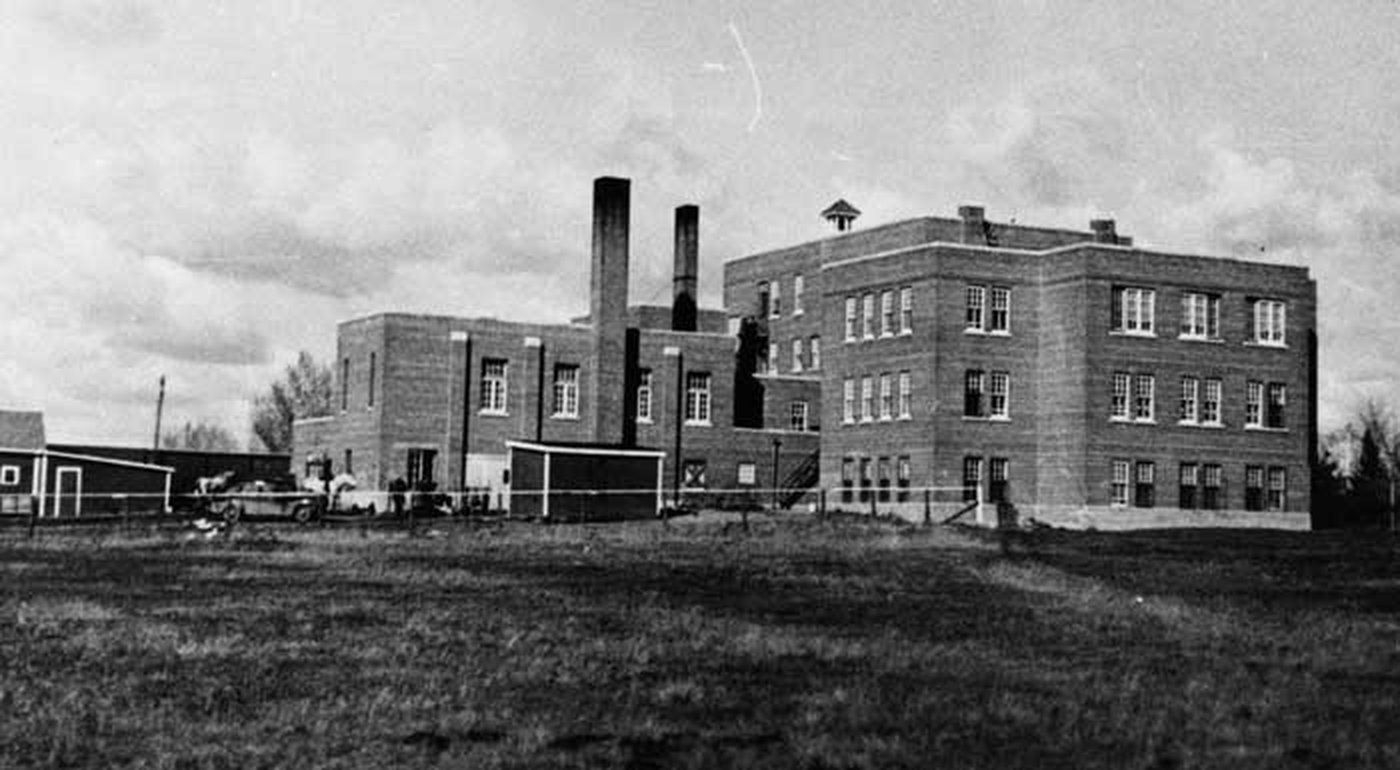 The George Gordon Indian Residential School, shown in a 1946 photo, ran from 1888 to 1996 and was established by the Anglican Church of Canada. It became known for physical and sexual abuse. (HO-Shingwauk Residential Schools Centre, Algoma University)
Previous story

A Saskatchewan First Nation says it plans to release details today about "possible burials found" at the site of a former residential school.

Chief Byron Bitternose, following months of work, is to outline the first findings of a ground search on the George Gordon First Nation.

Sarah Longman, spokeswoman for the chief, says the search has been challenging for the community and for those who attended George Gordon Indian Residential School.

It was first established by the Anglican Church of Canada in 1888 and operated until 1996, making it one of the longest- running residential schools in the country.

The National Centre for Truth and Reconciliation has a record of 49 student deaths there.

The Truth and Reconciliation Commission’s final report called the George Gordon school one of the worst run in the entire residential school system.