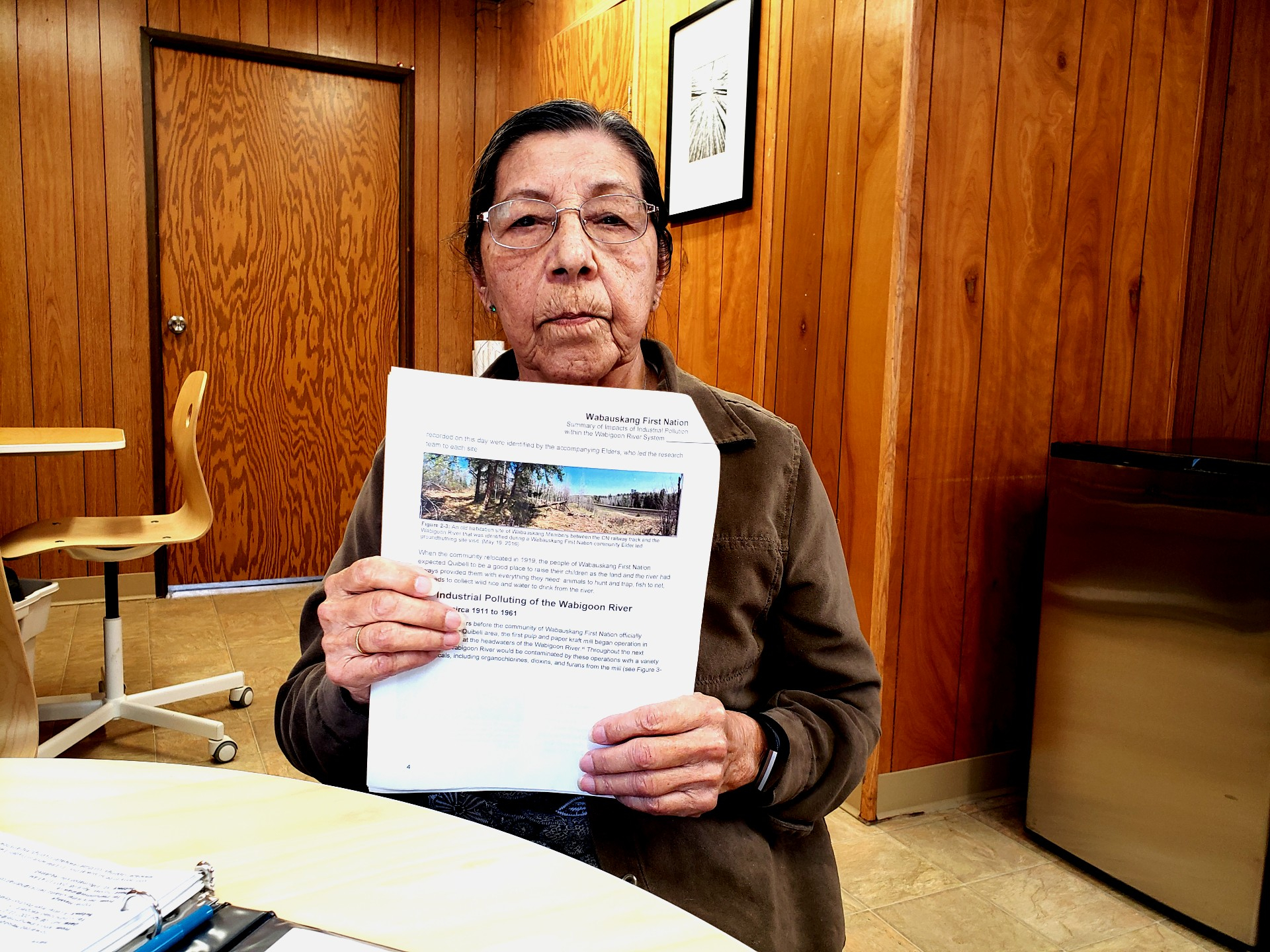 Betty Riffel of Wabauskang First Nation holds up a document revealing where her family once lived before it was mysteriously burned to the ground during the 1960s. Photo by Martha Troian
Previous story

A series about the drinking water crisis still affecting First Nation communities in northern Ontario is a finalist for the 2021 Canadian Association of Journalists’ student award of excellence.

Gigoo-Aakoosi: Fish Is Sick told the story of the Asubpeeschoseewagong Netum Anishinabek, also known as Grassy Narrows First Nation, and Wabauskang First Nation and the historical and ongoing devastation endured by those living with water contamination.

Before the pandemic struck at the beginning of 2020, a team of journalists and Humber College journalism students travelled north to hear first-hand accounts of what it was like for Indigenous people to live with the aftermath of an environmental catastrophe.

The heartbreaking stories came to life in a multimedia format and featured voices of elders, such as Wabauskang First Nation’s Betty Riffel, Evelyn Pahpasay of Asubpeeschoseewagong and the late Catherine Kelly of Migisi Sahgaigan First Nation.

The fact that their stories still resonate is a sad commentary about the state of drinking water in First Nations communities.

The winners will be announced on May 28.