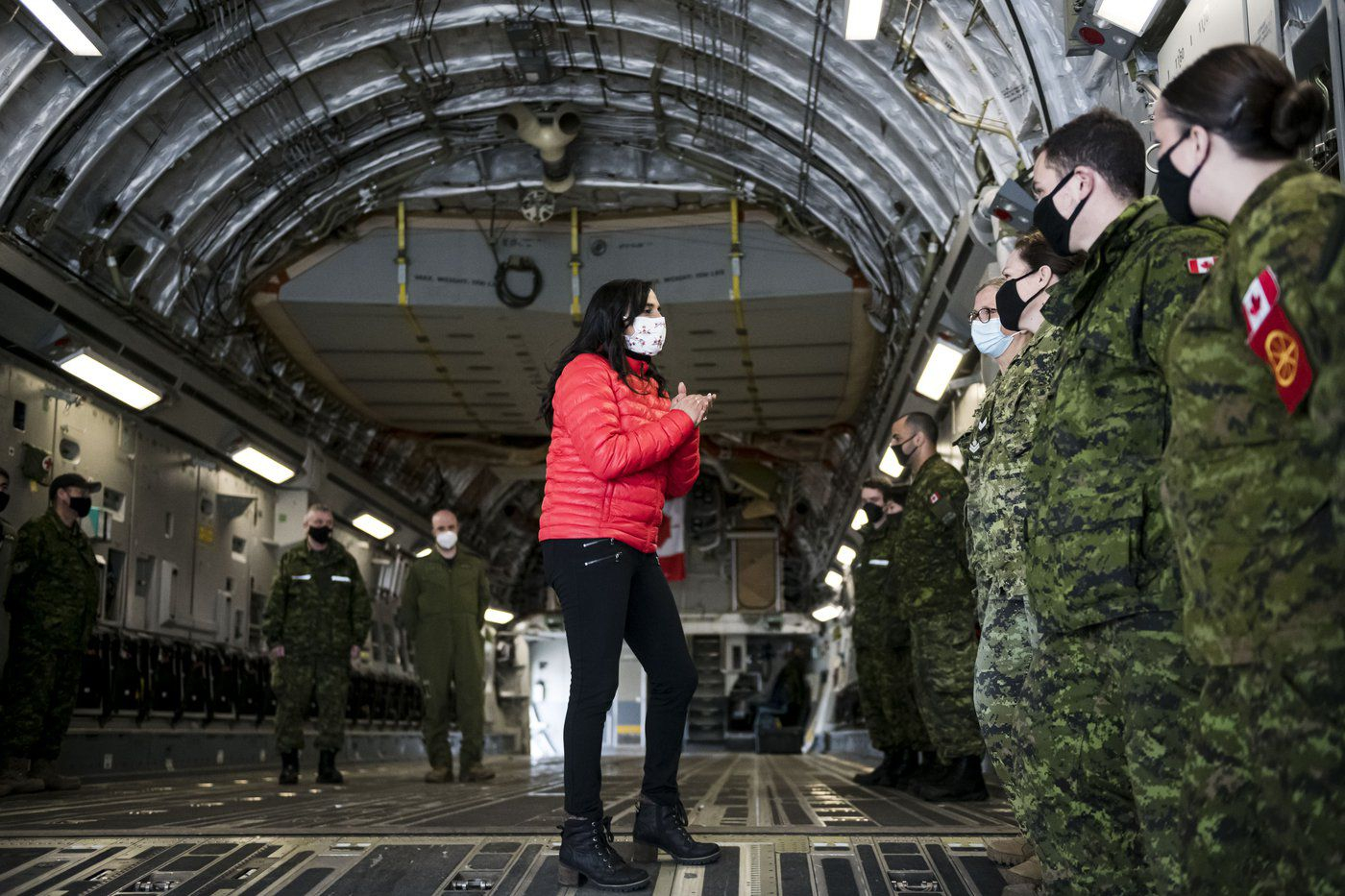 Defence Minister Anita Anand speaks to military personnel after getting a tour of the CC 177 Globemaster aircraft at Canadian Forces Base Trenton, in Trenton, Ont., on Thursday, April 14, 2022. File photo by The Canadian Press/Christopher Katsarov
Previous story

The most recent commander of Canada's military training mission in Ukraine says the fact Russia has sanctioned him and several of his predecessors is proof of the mission's impact.

Lt.-Col. Luc-Frederic Gilbert is one of six former commanders of the training mission known as Operation Unifier sanctioned by Russia last week alongside dozens of other Canadians.

The federal government says Operation Unifier helped train more than 30,000 Ukrainian soldiers since 2015, many of whom are now fighting to defend their country.

Gilbert tells The Canadian Press that he is proud of the work his troops did in Ukraine before they were evacuated from the country less than two weeks before Russia launched a full-scale invasion.

And while he understands the decision to withdraw his troops from Ukraine to Poland, he says leaving was difficult as Canadian troops have been trained to fight and not run from a conflict.

All 250 trainers under Gilbert's command have since returned to Canada, though another group of 150 Canadian Armed Forces members recently headed back to Poland to help the millions of Ukrainians who have fled Russia's invasion.

This report by The Canadian Press was first published April 24, 2022.

This is very stupid. Say I'm

This is very stupid. Say I'm the government of country A. I'm fighting a war with country B. Some dude is training the military of country B. Of course I'm going to sanction him! It doesn't matter if he's any GOOD at it.

What was stupid, if anything,

What was stupid, if anything, was the Canadian government insisting that the Canadian Armed Forces run away. Ditto for the embassy staff.

This war has be going on for

This war has be going on for 2 months. Do you still not understand why NATO soldiers can't be engaging Russian soldiers? Nobody "ran away".

The "attack" tone of this

The "attack" tone of this message undermines its impact. It could be more convincing to say the argument was "not fully logical" or was "wishful thinking". Calling it "very stupid" is too heavy and therefore not very convincing to the reader -- even though Polson has raised a very good point, which I missed when I first read the story. (Maybe because I wanted to believe it?)