How Web3 could disrupt existing institutions and bring about societal transformation 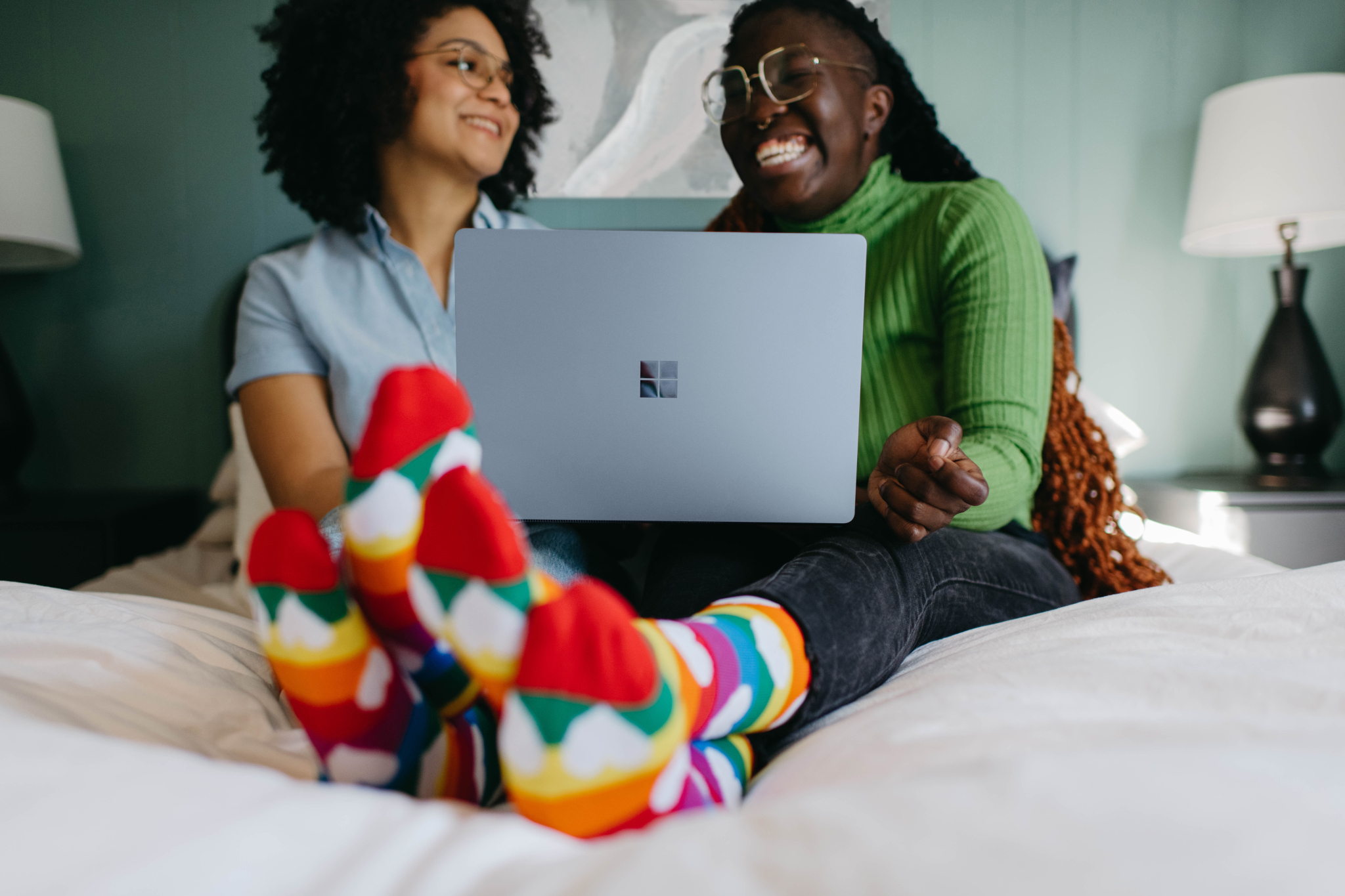 The ability of Web3 to facilitate truly people-powered (while technology-assisted) movements can help us rediscover the interconnectedness of humans and the opportunity for social cohesion. Photo by Surface/Unsplash
Previous story

As we face a layering of crises at the intersections of equity, climate and economy worldwide, organizations and individuals alike must accelerate and co-ordinate for the societal transition required to address these challenges and their complex impacts.

Popular and well-used methods like network building, public policy and advocacy, cross-sector collaboration and narrative shifting are important. But they are no longer enough to drive the scale and pace of change we need.

What if we were to look outside our go-to tools and innovations and beyond our own institutions and sectors to explore emerging systems and technologies that could help shape a better future for all?

The socio-technical shift known as Web3 shows some promise of building anew, rather than trying to retrofit existing capitalist institutions. In the midst of crises and collapse, the technologies that mediate our everyday lives are evolving at a rapid pace and Web3 offers the possibilities of a new societal infrastructure that can disrupt the community, business, government, media, culture and philanthropy sectors: a new “operating system” for society that enables individuals to freely organize at scale around issues that are important to us.

Web 3, web3 or Web 3.0, Web3 is a new iteration of the internet that is built on decentralized blockchains and prioritizes ownership, sovereignty and transparency. Web3 is also used as a catch-all term for associated phenomena, including cryptocurrencies, NFTs (non-fungible tokens), DeFi (decentralized finance), DAOs (decentralized autonomous organizations) and the metaverse.

Web3 provides users agency over content, data and assets and is built on models of co-ownership and decentralization of decision-making and control. Him Gajria captured this concept simply in a 2020 tweet: “Web 1: Read, Web2: Read-Write, Web3: Read-Write-Own.”

To understand what makes Web3 potentially revolutionary, it’s helpful to look at the evolution of the internet. The emergence of the internet, Web 1.0 (1990-2005), was a read-only experience, where individual users were consumers of content. Web 2.0 (2005-20) saw individuals contributing content and large corporations (such as Facebook, Google and Amazon) getting rich through advertising models based on the exploitation of personal data freely given away by users usually without our consent or knowledge. With Web 2.0, users, in effect, went from being the consumers to being the products.

Web3 eliminates the need for, and functions of, Web 2.0 central authorities and gatekeepers such as governments, financial institutions and tech companies. Rather than just using free technology platforms in exchange for giving away our data, users can participate in the governance and operation of the underlying apps and technologies themselves. This means that each one of us can become participants and owners, not just customers or products.

Web3 also has the potential to disrupt existing institutions because it can accelerate change more quickly, creating new models rather than working through existing layers of process and governance. But the direction that such disruption will take is not guaranteed. Technological innovation is reliant on humans to create and interact with it in ways that bring about positive change. In any emerging system, there will be some who use it for selfish or harmful purposes, as well as unintended consequences resulting from the inherent unpredictability of innovating at the edges of possibility.

A few prevalent negative narratives about Web3 pertain to the accessibility of the technology, its climate impacts, corrupt behaviour and lack of customer protections. While each of these critiques has some validity, it’s very early in the evolution of Web3 and many are addressing these challenges. Negative narratives have been shaped by mainstream institutions and media and, while they contain some truth, there may be a conscious or unconscious motive to perpetuate these narratives to maintain the status quo that serves their interests.

Opinion: Web3 has the potential to disrupt existing institutions because it can accelerate change more quickly, creating new models rather than working through existing layers of process and governance. #Web3 #TheBlkChain #DAOs

We have the opportunity to be engaged in influencing and shaping one of the most significant socio-technical transitions in our history, rather than simply observing and analyzing it. For those seeking to harness Web3 to accelerate the societal transition required, there are many promising patterns and initiatives emerging across a variety of dimensions — including enabling mission-driven organizing around social and environmental change, rebuilding equitable systems, and redistributing wealth and power.

Many projects operating in the Web3 space are structured as decentralized autonomous organizations (DAOs). A DAO is a group organized around a mission that co-ordinates through a shared set of rules enforced on a blockchain. One of the main benefits of a DAO is that it is more transparent than traditional companies, which significantly reduces the risk of corruption and censorship, as well as operating costs. Not only does a DAO's balance sheet exist on a public blockchain — meaning that every transaction is completely transparent at all times — every major decision is voted on and recorded using a tool such as Snapshot.

Web3 also enables the invention of new mechanisms that can shift markets and create new resource and authority flows, even with climate change. Addressing the climate emergency through renewable energy, carbon reduction, plastic removal, forest and ocean conservation, and holding corporations accountable is the foundation of a number of DAOs outlined on the ReFi DAO website. One example, Klima DAO, has bought and absorbed 17 million tonnes of carbon offsets, equivalent to taking 3.6 million cars off the road, and has the potential to impact corporations’ commitment to climate action and a green economy.

The fast-moving landscape of Web3 is creating the space for governance innovations to be iterated upon at a rate that would simply not be feasible within traditional institutions. Collective governance that is participatory, decentralized and democratized is foundational to Web3. Inspired by Indigenous governance, co-operatives, holacracy, sociocracy, self-managed organizations and anticipatory governance, some Web3 projects have taken the initiative to experiment with novel forms of governance and “solve” one of the wicked problems of humanity: governance. Leading from a place of trust over risk is a core principle that challenges existing institutional governance systems and power structures.

Understanding that the complexity of the issues humanity is facing requires a systems lens, SuperBenefit is one example of a DAO that is taking a systems-thinking approach to act as a co-ordinating mechanism between existing DAOs and to collaborate to build the social and financial infrastructure and flywheels that can help to address the wicked challenges we are facing.

To address the oppression of those historically excluded, Web3 has a growing movement of equity and inclusion with the values of power with and power to. This includes engaging more BIPOC, women, and 2SLGBTQI+ people as artists, collectors and builders through communities and accelerators including The BlkChain, NotYourBro, HerDAO, and web3baddies.

While governments in Canada and around the world slowly begin to realize its value, run pilots and question how to fund it, a Universal Basic Income (UBI) is already available in Web3. Proof of Humanity, Circles and Good Dollar are three projects that offer a UBI to anyone anywhere on the planet.

Meanwhile, Pact Collective has used Web3 tools to create a sustainable mutual aid model in New York City. Funds will go to support grassroots organizations, artists, and activists (who are the leaders of this work), as well as the development of a Web3 platform to support this network.

The potential value of Web3 is in enabling human co-ordination at scale, for the benefit of the many, at low cost and unmediated by external actors. The ability of Web3 to facilitate truly people-powered (while technology-assisted) movements can help us rediscover the interconnectedness of humans and the opportunity for social cohesion that has been so deeply scarred by the pandemic and by the interwoven wicked challenges of the 21st century.

The societal transition upon us requires us all to prioritize our ecological, human and community well-being and to harness the power of emerging innovations and systems, including Web3, while existing community, business and governmental institutions continue to evolve.

Imagine if Web3 were to happen with us rather than to us. Together, we can harness this historic transition. Doing so will require us to get uncomfortable, embrace technology and invert our current paradigms and mindsets every step of the way.

This article is inspired by the collective learning among those engaged in SuperBenefit DAO.

Why students? Why now?

The arguments posted above

The arguments posted above seem naive and some of the schemes referenced look like pyramid schemes e.g. one UBI scheme promises extra rewards for recruiting more participants.
Block chain currencies do make transactions 'transparent', but there is no control on so-called bad actors establishing their own private wealth systems designed to lock others out, in which case transparency is replaced by encrypted opacity; perfect for conspiracies.

A more fundamental problem is

A more fundamental problem is the lack of solutions - the problems are there, but how exactly will "Web3" be used to solve them? What is the alternative economic model that will replace capitalism? State socialism with block chain transparency on tax collection? UBI by donation to compensate for capitalistic wealth accumulation? Where do ideas like Donut Economy or Mission Economy fit into Web3? How would knowing how everybody voted in a Web3 secured election make it a a better democratic solution? Would Web3 help us fight climate change if all our gasoline purchases were on the some transparent block chain (via social shaming/cancel culture?) And who gets to monitor these block chains?
Indeed - what could possibly go wrong!