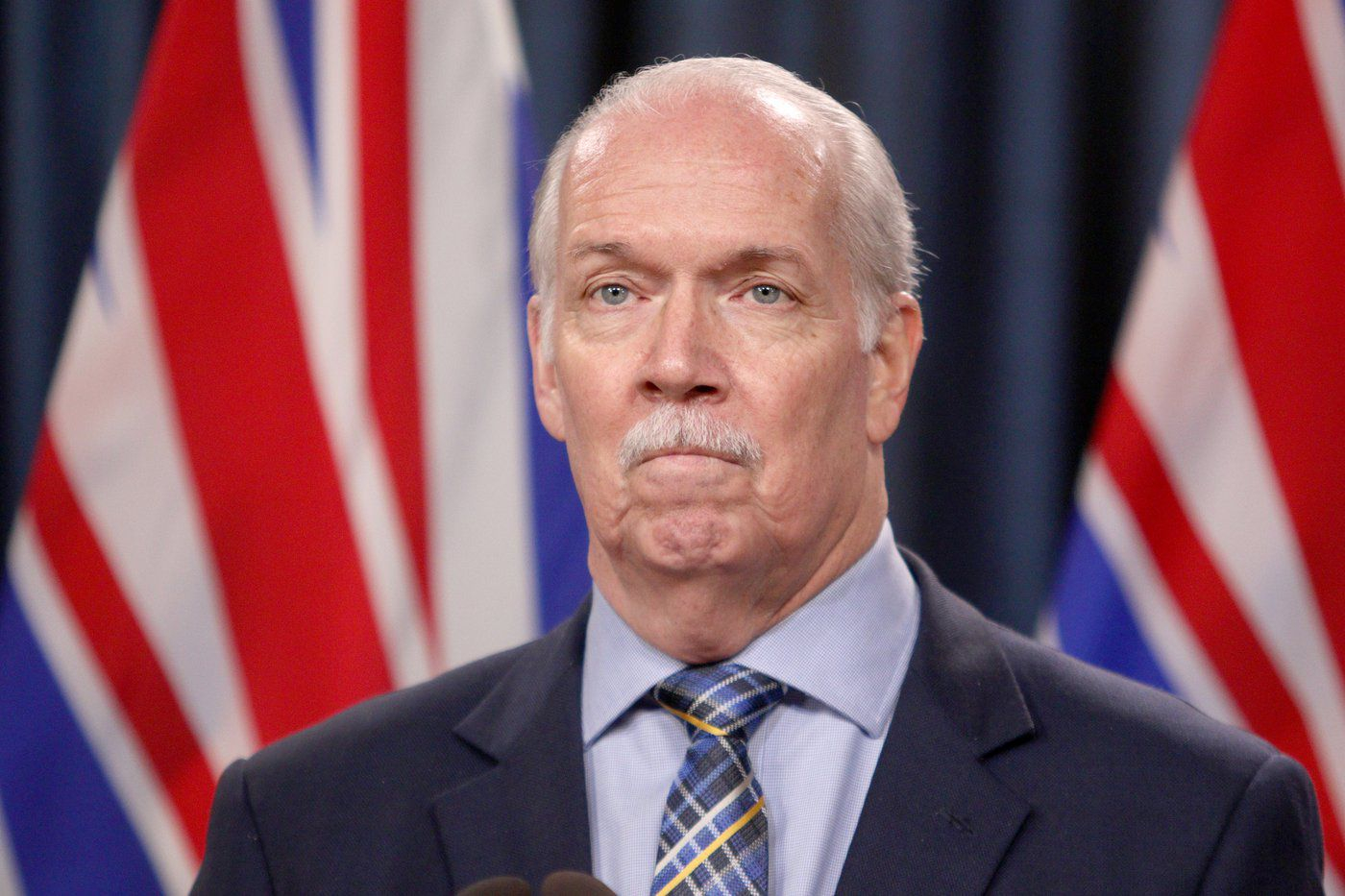 Premier John Horgan answers questions during a news conference in the press theatre at the legislature in Victoria, on Friday, March 11, 2022. File photo by The Canadian Press/Chad Hipolito
Previous story

British Columbia Premier John Horgan says he apologizes for "intemperate comments" he made during a heated question period in the legislature.

During a debate Monday with Opposition Liberals in the legislature over the province's shortage of family doctors, the premier used the F-word.

Liberal House Leader Todd Stone rose in the legislature shortly afterwards requesting a point of privilege to discuss the matter further at another time.

Horgan initially posted a statement on his Twitter account saying "If my mom was still around, she'd be on her way to the legislature with a bar of Irish Spring."

If my mom was still around, she'd be on her way to the Legislature with a bar of Irish Spring. pic.twitter.com/T27OxScmH8

But the premier returned later to the legislature to make a full apology.

"Earlier today at the end of question period, my passion for health care got the better of me and I made some intemperate comments that may well have offended members of this house or others," Horgan said. "I apologize for that and withdraw those remarks unreservedly."

This report by The Canadian Press was first published April 26, 2022