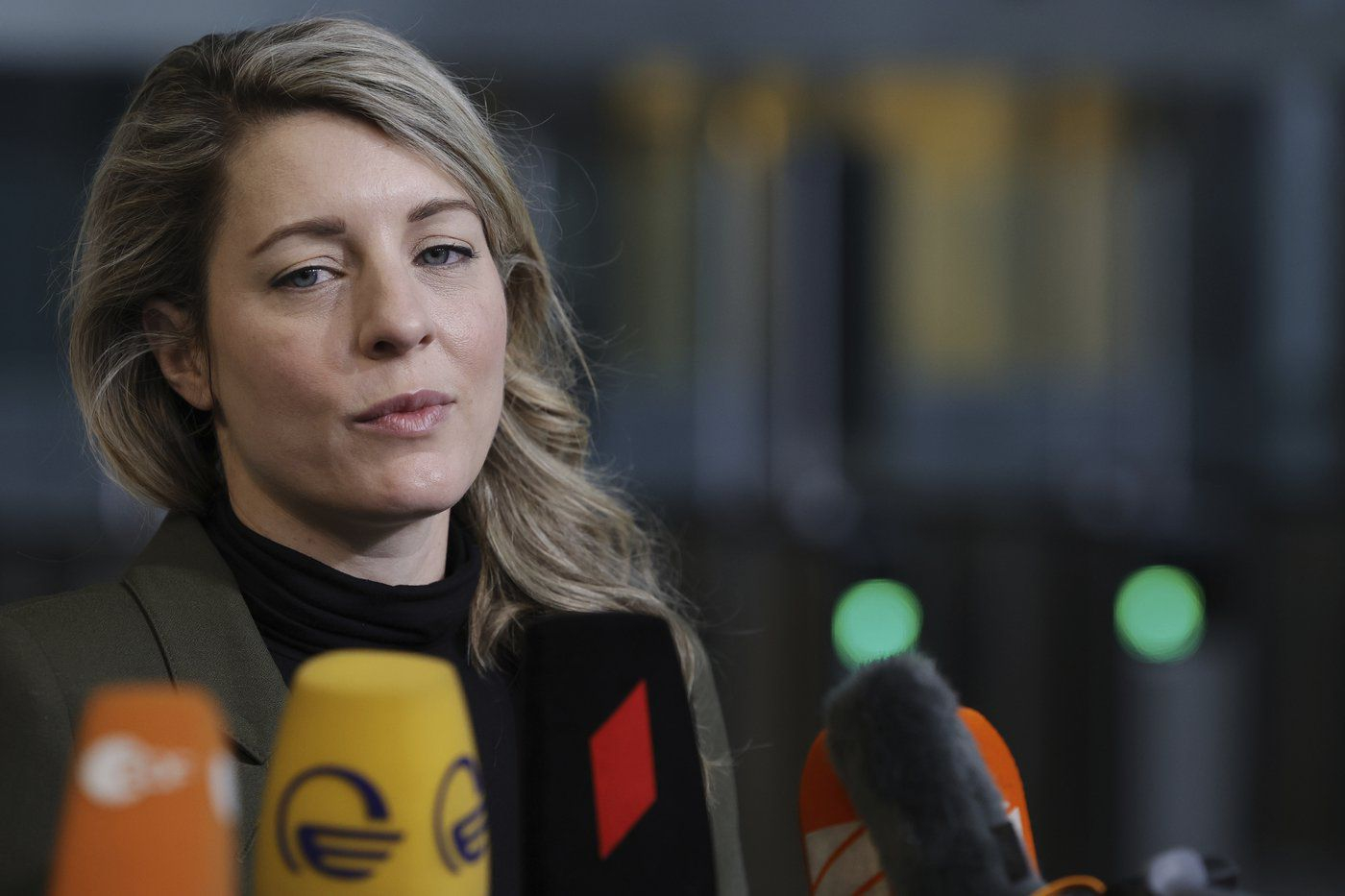 Canadian Foreign Minister Melanie Joly speaks with the media as she arrives for a meeting of NATO foreign ministers at NATO headquarters in Brussels, on Thursday, April 7, 2022. File photo by The Associated Press/Olivier Matthys
Previous story

Foreign Affairs Minister Mélanie Joly says Canada and the United States will continue to exert "maximum pressure" on Russia in response to its ongoing invasion of Ukraine.

Joly made the statement on Twitter following a video meeting with U.S. Secretary of State Antony Blinken.

She says the two discussed shared priorities, including ongoing support for Ukraine and co-operating with NATO, although she offered no additional details.

Spoke with @SecBlinken to reaffirm 🇨🇦🇺🇸 cooperation on shared priorities, including support for 🇺🇦 and NATO cooperation.

Together we will continue to impose maximum pressure on the Putin regime and support Ukraine in its fight for liberty.#FriendsPartnersAllies

Later this week, Defence Minister Anita Anand will be in D.C. for her own set of in-person meetings with U.S. Defense Secretary Lloyd Austin at the Pentagon.

The conversation between Joly and Blinken follows the secretary of state's in-person meeting in Kyiv earlier this week with Austin and Ukraine President Volodymyr Zelenskyy.

That meeting appeared to signal a shift in the U.S. approach to the war, with Austin acknowledging that the goal is now to leave Russia sufficiently "weakened" so that it can no longer threaten its neighbours.

"They are, in fact, in terms of military capability, weaker than when it started," Austin told a news conference in Germany.

"It will be harder for them to replace some of this capability as they go forward because of the sanctions and the trade restrictions that have been placed on them."

Canada is moving in lockstep with the U.S. in that regard, Joly suggested.

"Together we will continue to impose maximum pressure on the Putin regime and support Ukraine in its fight for liberty."

Blinken has said the global effort to support Ukraine — involving more than 30 countries, including Canada — is showing "real results," and that Russia's incursion is failing.

He "noted the United States' appreciation for Canada's many commitments in response to Putin’s unprovoked, brutal war in Ukraine," spokesman Ned Price said in a statement.

The two also discussed Canada's ongoing support for Haiti as well as the upcoming Summit of the Americas meeting, which the U.S. is hosting in California in early June.

Earlier Tuesday, Blinken told the Senate foreign relations committee that the collective effort to support Ukraine is growing more efficient and streamlined by the day.

"Whereas it used to take sometimes weeks to get equipment to the Ukrainians, we're now getting things … into Ukrainian hands in as little as 72 hours," Blinken said.

"At the same time, we've been going around the world looking for other countries that may have equipment that Ukraine can find useful."

"It's a question of standing up for the basic principle that we strongly adhere to, that there should be and will be an open-door policy when it comes to their membership," Blinken said.

"This goes to the heart of the international system and the international order, and part of that is a basic principle that one country can't dictate to another the choices it makes about with whom it allies."

Anand and Austin are expected to address support for Ukraine, as well as modernizing Norad. Updating the bilateral aerospace defence system has taken on new urgency given Putin's invasion.