From Earth Day to May Day: Why decent work is vital in the fight for a green economy 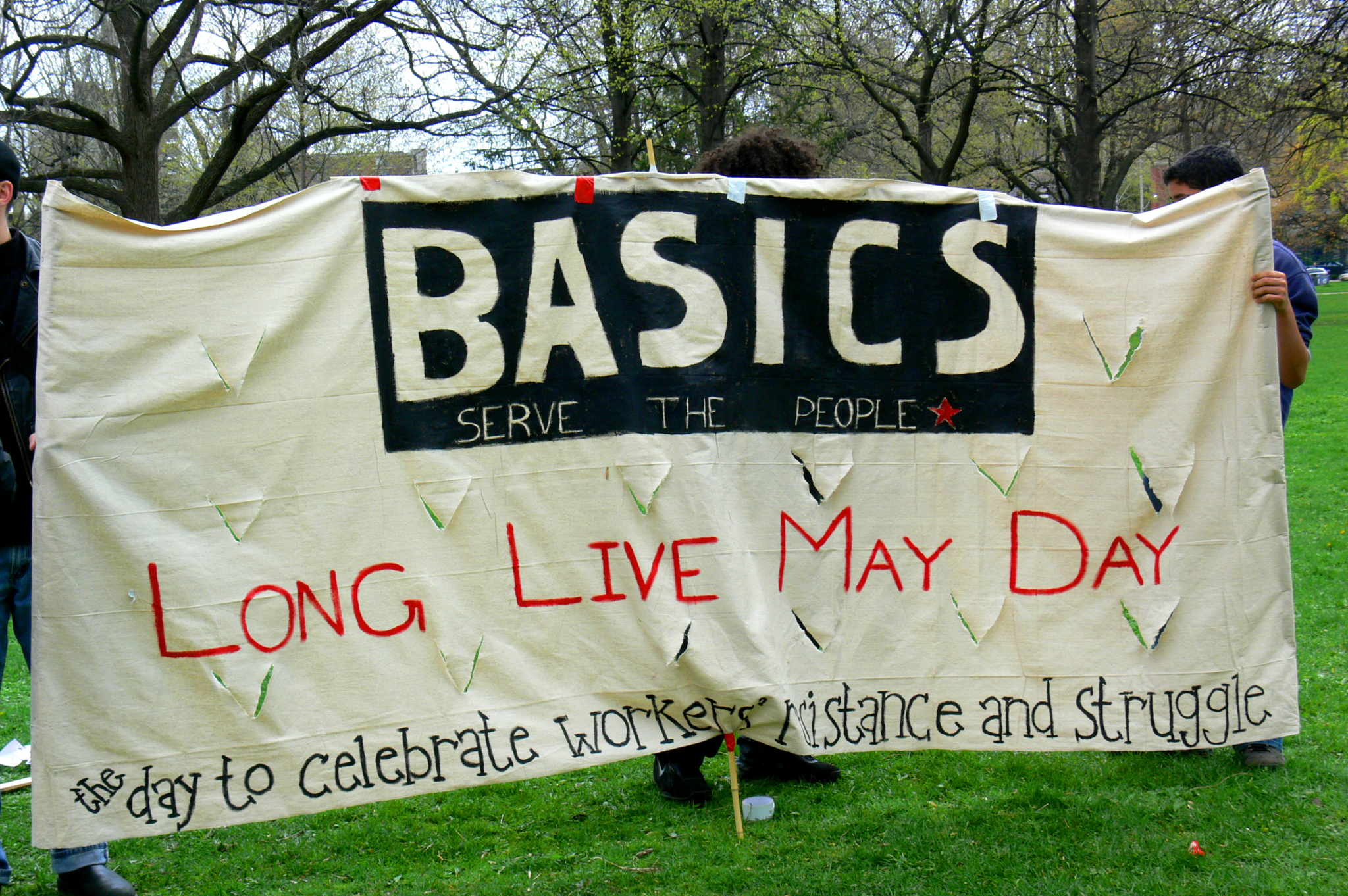 The good news is we can turn existing low-wage, low-carbon jobs into good jobs — but only if we organize to demand improvements in employment standards and easier access to unions. Photo by Tania Liu/Flickr (CC BY-ND 2.0)
Previous story

Seven years ago, North York recycling plant Canada Fibers Ltd. was ordered to repay 1,600 workers approximately $1.2 million in stolen wages. Under the terms of the contract with the city, the recycling plant was supposed to have a fair wage policy. However, Canada Fibers avoided its responsibility by hiring through temporary help agencies. When one courageous temp worker spoke out about the practice of using temps on a permanent basis, his assignment was terminated.

The Canada Fibers story is just one example of how existing "green jobs" are not automatically good jobs. Environmental activists are right to emphasize the necessity of transitioning existing fossil fuel jobs into new good, low-carbon jobs in the renewable energy sector. Likewise, there are real opportunities to create more high-quality jobs through electric vehicle manufacturing, building public transit infrastructure and retrofitting public and private buildings to meet the highest environmental standards.

But it is just as crucial to focus on current low-carbon jobs that are low-waged and precarious, including cleaning work, caring for children and seniors in their homes and in hospitals and clinics, support work for people with disabilities, education work, farm work, recycling work, delivery workers and more.

Virtually everywhere, these jobs are underpaid, undervalued, and underprotected. Most workers in low-wage, low-carbon jobs are women, racialized workers, migrants and newcomers. So centring decent work in the climate conversation is also a matter of racial, gender, and migrant justice.

After all, if we can’t transform existing low-carbon jobs into better ones now, we will be hard-pressed to convince workers in the fossil fuel sector to take a leap with us into a future green economy. Remember: today’s good union jobs only became so through hard-fought battles led by workers.

The good news is we can turn existing low-wage, low-carbon jobs into good jobs — but only if we organize to demand improvements in employment standards and easier access to unions. Fortunately, workers in those jobs are already leading the way. They are climate warriors, on the front lines of the climate crisis every day, fighting for a living planet.

April 22 was Earth Day. Since 1970, it has become an international day of action. This year, the theme was “Invest in our planet” and, in the shadow of the COVID pandemic and in the lead-up to the Ontario election, it feels especially urgent.

Earth Day precedes another important international day: May Day. Better known around the world as International Workers’ Day, May 1 commemorates their struggles for decent work. This year, the Ontario Federation of Labour has called for political action on May 1, urging workers and their families to come together to demand decent work, public services, livable social assistance, affordable and high-quality public housing, public transit, equity, reconciliation and — importantly — climate justice.

Let’s face it: there can be no green economy without decent work and strong public services. If we want to fight pollution and greenwashing, workers must be empowered to speak out without fear of reprisals.

If employees aren’t safe at work, communities that depend on those services are not safe, either. If we want to reduce, reuse, and build a circular, service- and caring-based economy, those doing the work must have good wages and sustainable jobs. If we want all workers — including those in the extraction sectors — to embrace a future green economy, we must show in practice that we can create good, green jobs for all of us, not just for some.

Opinion: The good news is we can turn existing low-wage, low-carbon jobs into good jobs — but only if we demand improvements in employment standards & easier access to unions, writes @AlienorR2 @ToforFuture. #cdnpoli #oilandgas #JustTransition

As we move on from Earth Day 2022, let’s make sure that investing in the planet means raising wages and working conditions here and around the world. And on May 1, let’s bring the spirit of Earth Day to May Day.

Bruno Dobrusin is a climate and tenant organizer in northwest Toronto and part of the Justice for Workers’ climate caucus. He has worked at the crossroads of labour and climate for over a decade in his home country of Argentina and in Canada.

Aliénor Rougeot is a Toronto-based climate justice organizer and a climate and energy program manager at Environmental Defence, a leading Canadian environmental advocacy organization, where she advocates for a just transition for workers and communities.

For the past 40 years we have

For the past 40 years we have been governed by Reaganomics and Thatcherism with all levels of government buying into less wages, less regulation, less enforcement and inspection.
So we have increasing inequality and dissatisfaction with our paths. Unfortunately our Provincial governments are still selling their conservative vision of a workforce of lower pay and a business and government elite.
So we have populism, activated by those feeling either left out or ignored by society. And it is getting worse.
We in Canada are so lucky to live in a socially responsible democracy. Certainly not socialism as conservatives now want to portray it. Just a evolving society of what we expect but more importantly need more than ever. We are free. Yet many are not free from poverty, food shortage, disability, illness and these fellow citizens now form an increasing percentage of us.
Yet we have populists running for leadership that want to reduce government, reduce aid, reduce regulation and enforcement (senior care homes are a good example of those being ignored, both employees and occupants.)
We have to control spending, but we may have to choose how, all too soon. No climate change regulations or carbon tax which world wide has proven effective.
Less social and health benefits as those who promote profit over care take control. Our think tanks regularly call for privatizing our health, social services and public owned utilities of which our 3 largest provide the least expensive electricity in North America.
So wake fellow citizens, let your MLAs and MPs know