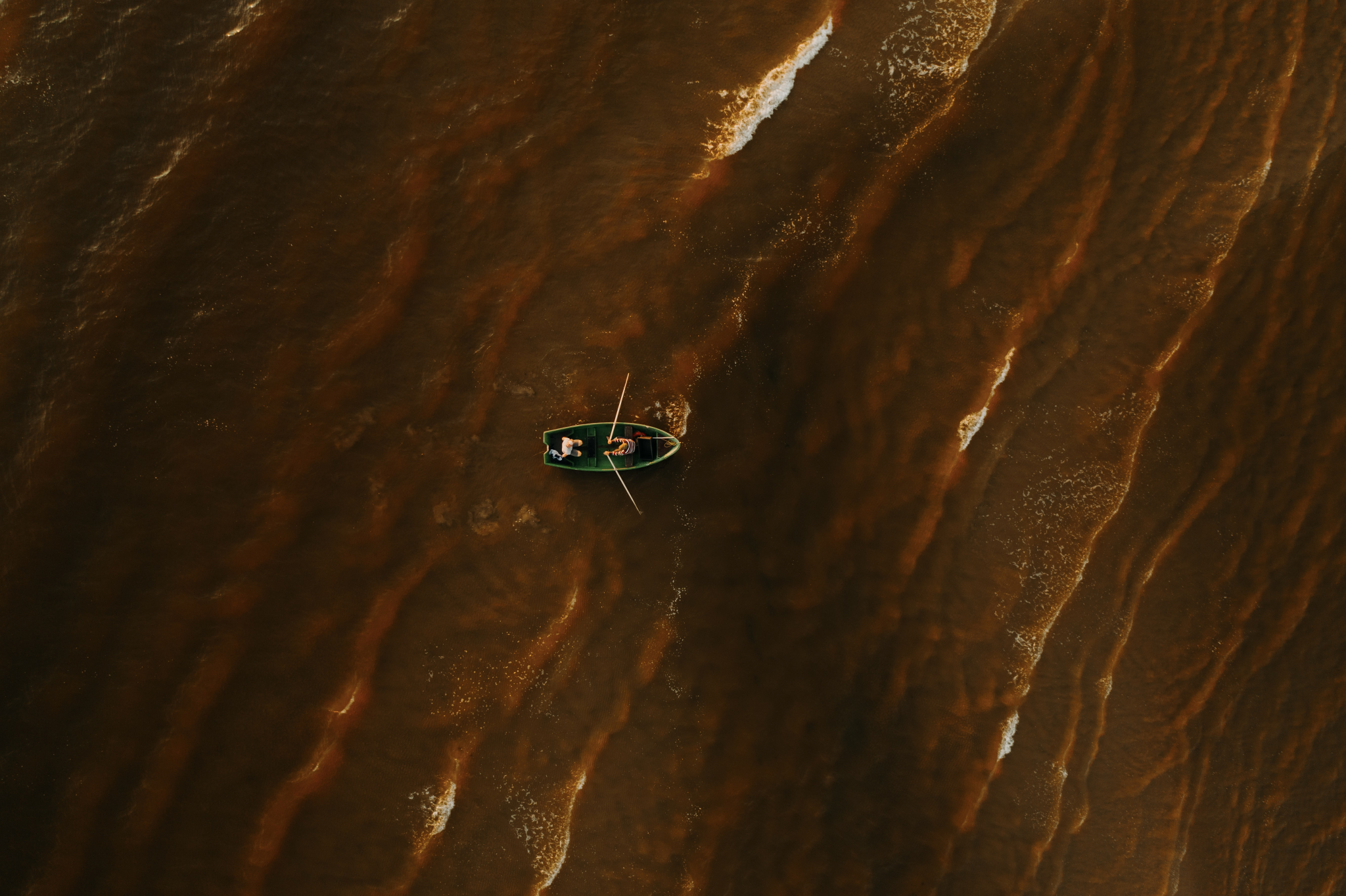 Chemical pollution flowing into Canadian waterways has increased since 2006, according to a new analysis of federal data by the Canadian Environmental Law Association. Photo by Kristaps Ungurs/Unsplash
Previous story

Pollution from over 40 highly toxic chemicals has significantly increased in recent decades in Ontario, Alberta and Quebec, potentially exposing millions of Canadians to harmful groundwater and air pollution, a new analysis shows.

The review done by the Canadian Environmental Law Association (CELA) focused on federal emissions data in the National Pollutant Release Inventory of a group of cancer-causing chemicals including asbestos, arsenic, dioxins and benzene between 2006 and 2018. The toxins are typically produced as waste in mining operations, factories and other industrial processes before being released into the environment in concentrations permitted by Canada's environmental laws.

While airborne emissions of these chemicals have decreased, particularly in Ontario, the researchers found land-based pollution caused by dumping waste into waterways or landfills increased in the three provinces. In Quebec, land-based pollution soared by a whopping 587 per cent, while Ontario and Alberta only saw their pollution roughly double.

While some of these increases can be attributed to new industrial activities, CELA warned that the data suggested polluters are simply replacing waste disposal techniques that relied on airborne emissions with newer approaches that release pollution into waterways and landfills.

Ontario's land-based pollution of these chemicals was about 1,000 times higher per capita compared to pollution from the American state of New Jersey, which has a similar economic and manufacturing profile. Airborne pollution in the Canadian province was more than 28 times higher than its U.S. counterpart.

Airborne emissions in Alberta also grew by roughly a sixth, in contrast to the other two provinces, which both saw decreases.

"These (chemicals) are the worst of the worst," said Joe Castrilli, legal counsel for CELA. Yet despite the chemicals' known risks, they have been more widely emitted into the environment in recent years — a failure, he explained, of Canada's main environmental law, the Canadian Environmental Protection Act (CEPA). The legislation is currently being updated for the first time in over 20 years.

Environment and Climate Change Canada (ECCC) says the proposed amendments will address Canadians' "key concerns and expectations" when it comes to toxic pollution and give the ministry "tools to manage a wide range of environment and health risks." The proposed rules require the government to create a list of potentially harmful chemicals to assess their negative impacts before they are released into the environment.

They also replace existing regulations that let the government ban chemicals with new ones focused on banning polluting practices. That's a worrisome change for Castrilli. The government has largely avoided banning chemicals in the past and instead focused on reducing their harmful impacts — an approach that lets polluting industries continue releasing tens of millions of kilograms of harmful waste into the environment during the 13-year period CELA reviewed.

"We have to look at this in the context of the bigger picture," said Dalhousie University environmental and marine law professor Meinhard Doelle. "Emissions are still huge … and if the goal (of CEPA) is to reduce and eliminate the emissions of toxic substances into a fragile environment, it's an abysmal failure."

Emissions of over 40 highly toxic chemicals in Ontario, Alberta, and Québec have significantly increased in recent decades, potentially exposing millions of Canadians to harmful groundwater and air pollution, a new analysis shows.

Chemical production has grown 50-fold since the 1950s. If nothing is done to curb production, the world's chemical load is expected to be three times higher than current levels by 2050, according to CELA.

Earlier this year, an international team of researchers warned chemical companies have produced more volume and types of chemicals than the planet can safely sustain. The team called on countries to curb both production and the development of new chemicals to prevent irreversible damage to people, animals and the environment.

"There's no way we can actually figure out a planetary boundary for each (chemical)," explained co-author Miriam Diamond, a professor at the University of Toronto. Instead, the researchers looked at the pace of new chemical invention and production and assessed whether Canada and other countries are developing environmental rules fast enough to prevent pollution.

"The answer is a resounding no. We are so far behind on our ability to assess and understand these entities. We can't keep up."

Yet these warnings aren't reflected in the government's proposed updates to CEPA, Castrilli said.

The new legislation — Bill S-5 — does not propose stricter rules to ban harmful chemicals and replace them with safer alternatives. It will not force companies to create a pollution prevention plan, nor test whether the chemical waste they produce is toxic. Nor will it cover pesticides — a major category of toxic chemicals — even as the EU has promised to halve pesticide use by 2030 for environmental and health reasons.

Despite entrenching Canadians' right to a healthy environment, the new law doesn't offer an easy way for people to sue polluters or the government to make sure that right is actually protected. ECCC confirmed the law will require the environment minister to consider the cumulative impact of chemicals and their impact on vulnerable people.

Yet without a clear path to justice for people impacted by pollution — disproportionately women and children, low-income Canadians and Black and Indigenous people — those provisions risk having little impact when it comes to protecting people from toxic chemicals, Doelle said.

"Part of the reason polluters get away with polluting is because those that are most directly affected are the least powerful in society, at least in political influence," Doelle said. "That is why we have less-effective measures to control and prevent pollution."

The mind boggles. We already

The mind boggles. We already have so many toxic chemicals in the environment that people are dying of cancer a ever-accelerating rates, there are higher and higher rates of neural and immune damage in young and old alike, and everywhere in between, human fertility rates keep going down, birth defects keep going up, there are more and more learning difficulties in children, ever-increasing rates of autism, ditto with behaviour problems, violence and murder rates ...
None of it is safe *NOW*. Not the air, not the soil, not the water, not the food. And definitely not the chemicals used in everyday life, and most especially those that aren't necessary in the first place. Remember when ppl washed their clothes with soap?? When was the last time anyone could get a full list of all the (yes, toxic!) ingredients in laundry products, for instance? Laundry smells clean when it doesn't smell at all. The other stuff is toxic scent, brighteners, chemicals to disrupt olfactory signals, chemicals to lovingly coat every fibre (and your skin, and nasal passages) with chemicals that not only are toxic, but hold the other toxic chemicals in place.
Remember when Moms couldn't tell by the smell of a child that they'd been in a store? And now you need to wash your hair to get the stink off it so as to not saturate the pillows with it.
And people in government (and the people who should be hitting them over the heads with the evidence) persisting in talking about "keeping" the world safe, "maintaining" a healthy environment.
You can't keep what you haven't already got. You can't maintain what doesn't exist. There are already dozens of "forever chemicals" all over the surface of the earth, deep in the oceans, permeating the soil, in the blood of babies when they're born. And they are toxic. It is not safe. It is not healthy.
And it's time to start calling a spade a spade, far past time to get a grip. Before any chance of any reversal even over the long term slips away.
Get a grip.
We've devolved into a state where everyone lies, no one just plain states the truth, and everyone's too darned polite about nicking the sensibilities of the wrong-doers.
Unfortunately, no one's even willing to consider the obvious as a possibility.
We're the environmental equivalent of Mariupol, and talking about keeping the ppl in what remains of the steel factory safe.
The government promised to do safety reviews on several things, and winds up with mealy-mouthed reviews of bad research cherry-picked by "researchers" who lack expertise in the relevant areas, and the whole lot of 'em are tied to the industries they are supposed to regulate.
Nothing here folks. Move on.