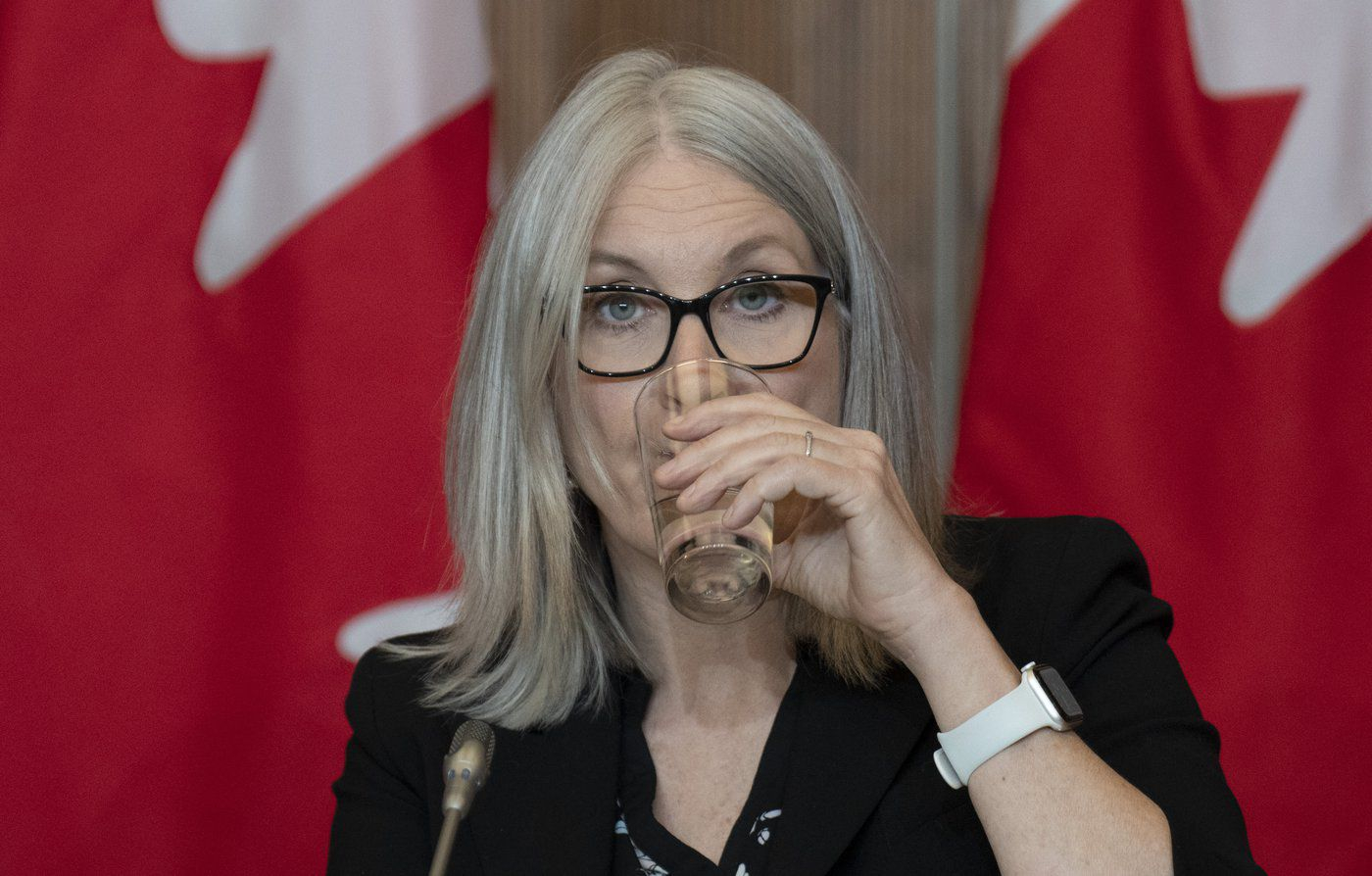 Indigenous Services Minister Patty Hajdu drinks water from a glass as she listens to speakers appearing virtually during a news conference, on Thursday, April 28, 2022 in Ottawa. Photo by The Canadian Press/Adrian Wyld
Previous story
Next story

The federal government has set aside about $1.5 billion to compensate Indigenous people who have been without clean drinking water, the result of a class-action lawsuit initiated by First Nations communities.

But while the government called the settlement "historic," people living under the country's longest boil-water advisory called it unfair and frustrating at a news conference Thursday.

Community member Roy Moonias said he's only entitled to claim six years of compensation even though he's lived under the advisory since 1995.

He said the water treatment plant in Neskantaga is still incomplete, "and our people have lost hope in this project."

"The government of Canada should be accountable for the wrongdoing of this community," he said.

The settlement will compensate people living in communities that were subject to a drinking water advisory of at least one year between November 1995 and June 20, 2021.

Tataskweyak Chief Doreen Spence said the class-action lawsuit was intended to make the federal government aware of the injustice faced by Indigenous people.

The lawsuit was initiated by Neskantaga First Nation, Curve Lake First Nation and Tataskweyak Cree Nation in 2019. The court approved a settlement agreement on Dec. 22, 2021.

But representatives from those communities who were invited to speak at Thursday's news conference said people are still suffering.

Sharon Sakanee, health director for Neskantaga, said people have come to the nursing station with skin rashes caused by the water.

"We are asked to use bottled water to bathe, to cook, to clean, and that’s not acceptable," she said.

Sakanee's son was born a month after the water advisory came into effect in 1995. She said he died by suicide in 2012 — shortly before the community declared a state of emergency over suicides — and "he never got to drink clean drinking water since the day he was born, and that’s what all our children today are facing.”

"It's just another form of genocide," she said.

Indigenous Services Minister Patty Hajdu said individual compensation will never make up for the harm to people's lives, but added the government's commitment of at least $6 billion through the settlement is meant to end all boil-water advisories "once and for all."

"I agree, nobody should have to fight so hard for basic human rights," she said.

Spence invited Hajdu to visit her community in Manitoba, which has been under an advisory for five years, to get a better understanding of the living conditions.

In a news release, the government said it "acknowledges the past harms caused to First Nations by a lack of safe drinking water and is firmly committed to supporting these communities by addressing systemic barriers and developing sustainable solutions."

The settlement also includes a $400 million First Nation Economic and Cultural Restoration Fund, and a promise of "making all reasonable efforts" to repeal the Safe Drinking Water for First Nations Act and introduce a replacement law by the end of the year.

“If we want to build reconciliation, a path to healing, we have to address these basic fundamental rights of individuals," Chief Moonias said.

The Trudeau government promised to end all long-term boil water advisories when it was first elected in 2015. So far 132 advisories have ended but there are still 33 active in 28 communities.

“I’m hoping that someday before it’s my time to leave this earth I see that clean water for our young people,” she said.

The settlement claims period is open and people can apply for compensation until next March.