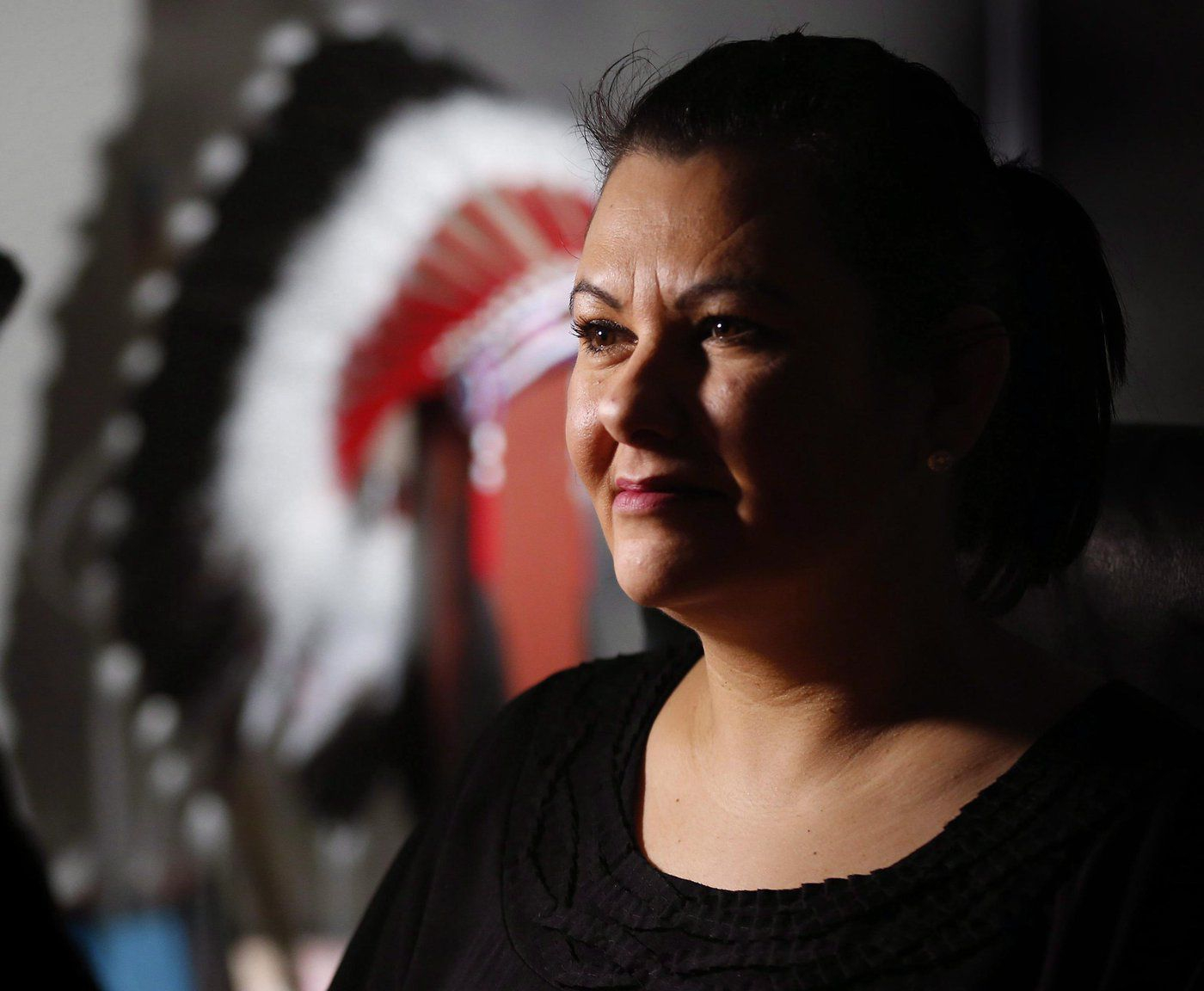 Cora Morgan, First Nations family advocate for the Assembly of Manitoba Chiefs, is shown in Winnipeg on Monday, Feb. 22, 2016. File photo by The Canadian Press/John Woods
Previous story
Next story

Front-line workers are calling for more support for Indigenous families after a Statistics Canada analysis found First Nations, Inuit and Métis women are more likely to experience physical or sexual assault in their lifetime if they were in government care as children.

The analysis found 81 per cent of Indigenous women who had been in the child-welfare system had been physically or sexually assaulted in their life.

Darlene Okemaysim-Sicotte is a co-chair of Iskwewuk E-wichiwitochik, which means "women walking together" in Cree. The Saskatoon group has been supporting families of missing women for nearly two decades.

Okemaysim-Sicotte has spoken with many women about how violence permeated their lives as children in care.

"Their experiences of trauma and violence started young by being taken from their family and then put in abusive foster homes," she said.

The analysis said violence overall is connected to historical and continued trauma from "colonialization and related policies aimed at erasing Indigenous cultures and dismantling Indigenous families and communities.”

Certain characteristics in a person’s life made the chances of experiencing violence higher, specifically being taken into care as a child.

Across Canada, 52.2 per cent of children in foster care are Indigenous, although they make up about 7.7 per cent of the overall population of kids.

#IndigenousWomen more likely to face #violence if they were a child in care: report. #IndigenousViolence #SexualAssault

There are about 10,000 children in care in Manitoba alone. About 90 per cent are Indigenous. That province has been called ground zero of the missing and murdered Indigenous women crisis.

"The most violent act you can commit to a woman is to steal her child."

The National Inquiry into Missing and Murdered Indigenous Women and Girls heard from many people who experienced violence and a loss of identity while they were in care. They also shared how they were significantly harmed when their own children were taken.

The inquiry's final report drew a link between the national crisis and the child-welfare system.

Hilda Anderson-Pyrz is chairwoman of the National Family and Survivors Circle. It brings together Indigenous women from different backgrounds who are developing a national plan in response to the inquiry.

“This publication highlights the urgent need for immediate actions by all governments to prevent further violence against Indigenous women, girls and (LGBTQ) people,” Anderson-Pyrz said in an email.

Anderson-Pyrz said there is evidence many Indigenous women and girls who have disappeared or were murdered had been seized from their families as children, which resulted in trauma and destabilization leading to a higher likelihood of experiencing violence.

The same year, the federal government passed legislation to overhaul child welfare by giving Indigenous groups jurisdiction over their own children. Numerous First Nations and other Indigenous groups are establishing frameworks for authority over child and family services. A handful already have jurisdiction.

The Canadian government has a responsibility to ensure Indigenous families do not experience harms, said Anderson-Pyrz.

"Systems must focus on broader goals of wellness, healing and helping families restore connections, culture and language rather than child interventions," she said.

The Statistics Canada report found other characteristics, including disability and housing insecurity, were also linked with a higher likelihood of violence for Indigenous women.

Additionally, Indigenous women were more than twice as likely to report not having much or no confidence in police compared with non-Indigenous women.

Okemaysim-Sicotte said she's encouraged that there are changes on every level to make women safer.

But, she said, more needs to happen.

“The tragedy is still happening daily."

This report by The Canadian Press was first published May 1, 2022.