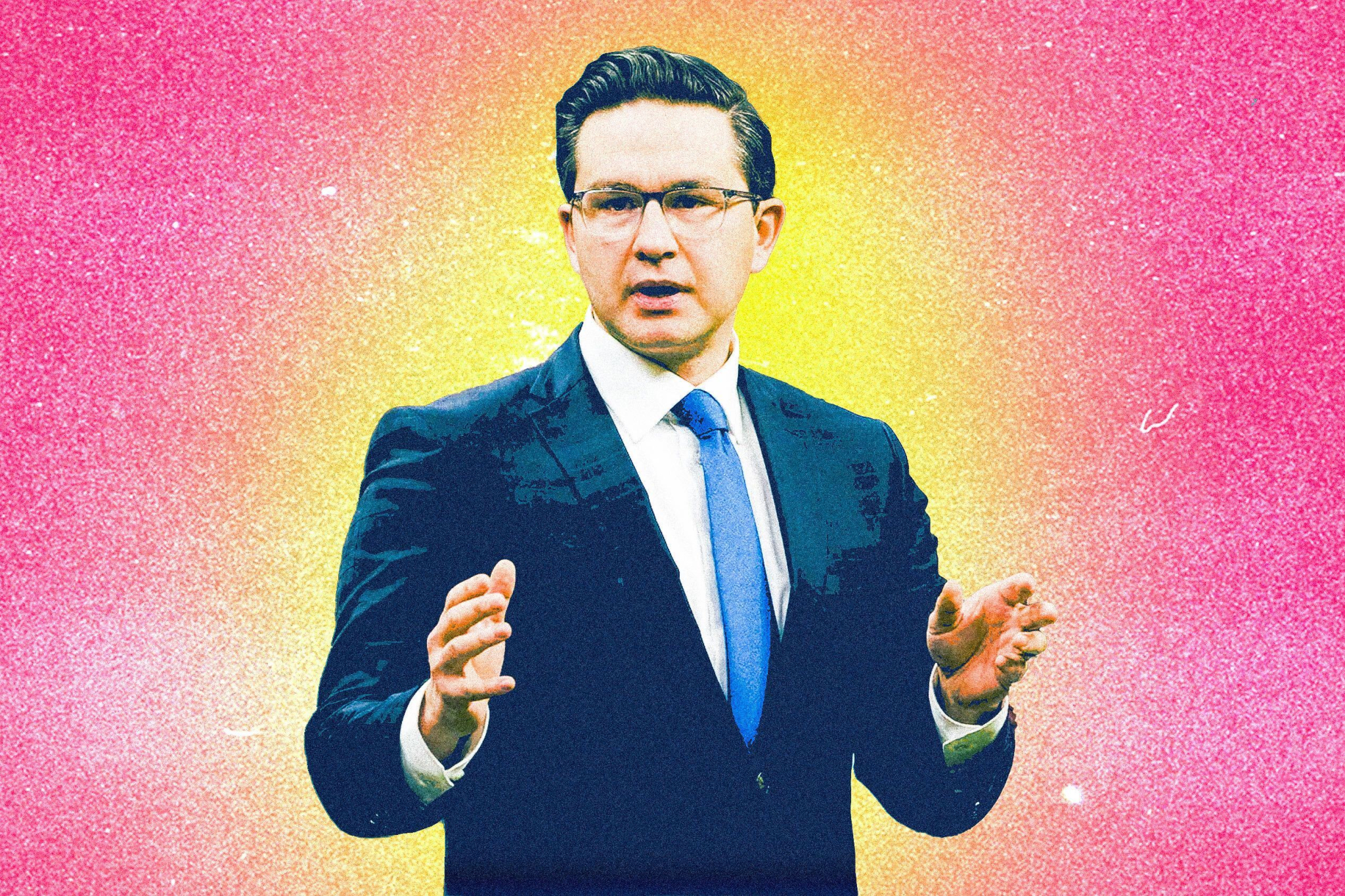 Since the Conservative Party of Canada (CPC) kicked off its 2022 leadership contest earlier this year, much of the media’s coverage has centred around the remarkable crowds that Pierre Poilievre’s campaign continues to attract. The media’s singular fixation on the enormous crowds he has been able to amass in communities — big and small, urban and rural — across the country has allowed his campaign to assume the coveted mantle of “front-runner” status.

There are several metrics that can be used to measure the success of a leadership campaign in a modern political context. In leadership elections that employ a one-member, one-vote model (such as the current CPC race), membership sales — and a campaign’s ability to mobilize its new supporters to cast a ballot for their candidate — are paramount. Equally critical is the capacity to persuade existing party members to support a campaign’s candidate.

A historical analysis of leadership contests from decades past yields mixed results when it comes to the value attributed to front-runner status. While several front-runner campaigns have ultimately emerged victorious, opening up insurmountable leads over their opponents, just as many have peaked too early, running out of momentum — the most precious commodity in any political campaign.

While the party membership eventually decides the outcome of any leadership contest, the caucus and party elite can often play a decisive role in tipping the scales in one direction or another.

The critical role endorsements can play

As members of the party’s parliamentary wing, MPs can play an instrumental role in leadership contests through offering an official endorsement to their preferred candidate. Typically, the vast majority of caucus members will endorse a candidate for their party’s leadership, although it’s not unusual for some endorsements to trickle in at the 11th hour, days before the leadership convention or vote.

MP endorsements in leadership campaigns can serve several functions. First, they can be invaluable in the eyes of other MPs and party members, especially when the MP has worked intimately with the leadership candidate in the past and can speak candidly about their abilities.

Second, a steady stream of caucus endorsements over the course of a leadership campaign can demonstrate momentum — both among the party’s grassroots and elites. Endorsements are fodder for impactful social media content and can be rolled out in a variety of creative ways throughout a lengthy campaign.

A historical analysis of leadership contests from decades past yields mixed results when it comes to the value attributed to front-runner status in the @CPC_HQ's leadership race, writes @andrewaperez. #cdnpoli.

Lastly, if the MPs delivering the endorsements are rallying their local riding associations in support of their preferred candidate, then caucus endorsements can be integral to winning a leadership campaign.

In recent political history, caucus endorsements have unquestionably played significant roles in the sweeping leadership victories of Paul Martin in 2003, Stephen Harper in 2004 and Justin Trudeau in 2013 — all of whom went on to become prime minister. While Martin, Harper and Trudeau all ran clear front-runner campaigns, their impressive caucus and ex-officio support cannot be divorced from the ease at which they won the overwhelming confidence of their parties’ membership.

The risks of relying on endorsements

Caucus and party brass endorsements, while important, are not sufficient for a leadership candidate to be victorious. Over the past 15 years, there have been leadership campaigns where the eventual winner has enjoyed little caucus or party establishment support.

In 2006, former federal Liberal Party leader Stephane Dion won a stunning fourth-ballot victory at a dramatic delegated leadership convention in Montreal. Dion’s prospects of victory were seen as marginal for most of the leadership campaign, as more renowned candidates like Michael Ignatieff, Bob Rae and Gerard Kennedy sucked much of the oxygen out of the nearly year-long contest.

Throughout the race, Dion only secured a smattering of caucus endorsements from low-profile backbench MPs who were unrecognizable outside the confines of Parliament Hill. But none of this mattered in a delegated leadership convention where front-runner candidates like Ignatieff and Rae lacked a growth strategy beyond the first ballot, leaving Dion the unlikely victor. While Dion’s victory had the unfortunate reality of setting him up to lead a caucus that had overwhelmingly opposed his candidacy, it demonstrated that endorsements from caucus and the party elite are no longer seen as critical to winning a party’s leadership.

Two more recent examples stem from Ontario where the two past Progressive Conservative leaders to secure that party’s leadership garnered extremely few endorsements from both the caucus and party machinery.

In both contests, Elliott lost to candidates who out-hustled her campaign organizationally — despite the fact they lacked meaningful endorsements from elected officials and party luminaries.

The role endorsements are playing in this CPC leadership contest

Since he launched his leadership bid three months ago, Poilievre has rolled out a daunting number of endorsements when compared to his chief opponents Jean Charest and Patrick Brown. As of April 29, when this column was written, Poilievre had the backing of more than 50 MPs and 30 provincial politicians.

To date, he’s accumulated 106 endorsements from past and present elected officials and senators. This is a remarkable feat, particularly when compared to his closest rival, Charest, who has only managed to secure endorsements from 13 MPs, two provincial politicians, and five former MPs. While some MP endorsements clinched by Charest are notable — like Quebec’s Gerard Deltell and B.C.’s Ed Fast — these high-profile MPs face an uphill battle rallying other caucus members to their side.

But it’s not merely the Poilievre campaign’s sheer volume of endorsements that is striking — it’s the geographic, demographic and gender diversity they represent. So far, the front-runner for the CPC leadership is attracting MP endorsements from every region of the country and from veteran and rookie MPs — millennials and baby boomers alike.

Interestingly, Poilievre has received strong endorsements from the party’s two openly gay MPs — Ontario’s Eric Duncan and Melissa Lantsman. This development might signal that his campaign is not one that will champion the social conservatism that is so popular with the CPC’s base. While the Charest and Brown campaigns are no doubt recruiting new party members from diverse communities, Poilievre’s ability to so far entice almost half the caucus to support his cause surely bodes well for his prospects.

The CPC leadership campaigns have until June 3 to sign up new members to support their candidate. Voting takes place on Sept. 10.

While there are still months remaining in this race before the votes are counted, no premier has yet weighed in with an endorsement. In the last CPC leadership contest, Alberta Premier Jason Kenney sent shock waves through the party when he endorsed former Conservative leader Erin O’Toole’s “true blue” candidacy.

Kenney’s star has since faded. However, his 2020 endorsement was seen as one of the keys to O’Toole’s improbable victory — not only because the Alberta premier leads a major Canadian province, but also due to his robust appeal among ethnocultural communities.

Given Kenney’s tenuous grip on his own United Conservative Party, it seems highly unlikely the veteran politician will inject himself into this contest. In Ontario, an election-hungry Premier Doug Ford has barred his caucus and cabinet from partaking in the CPC race — an unprecedented decree that will infuriate the campaigns of the major candidates vying for the federal party’s leadership.

The coming weeks will prove critical in the CPC leadership contest as the candidates face off in their first debates. While there will be no shortage of intriguing dynamics to watch for in this race, the role of political endorsements on the final result is one that party brass, rank-and-file Tories and the media must be attuned to.

Here comes more truckers and the far right movement. Gone are women's rights, Indigenous rights etc. It will be a freedom fight for us all if Poilievre gets elected. Get to know what people are all about before voting.