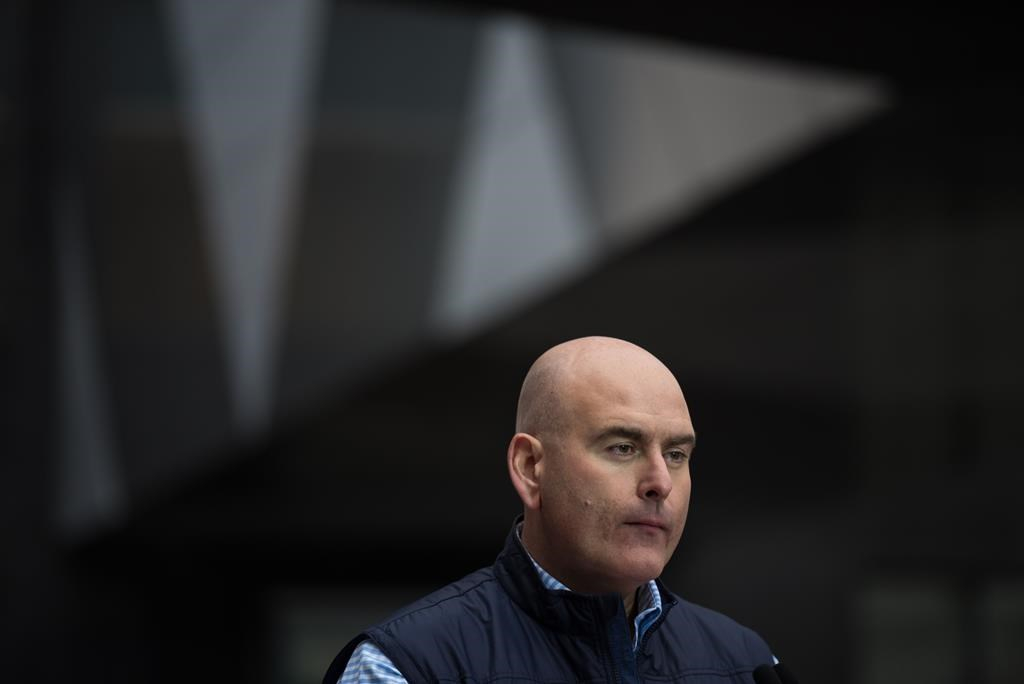 Their target is to reduce greenhouse gas emissions 50 per cent below 2005 levels by 2030 and achieve net-zero emissions by 2050.

Leader Steven Del Duca acknowledged that the federal carbon tax would "go a long way" toward hitting those targets — the Liberal plan shows more than half of those reductions coming from federal initiatives — but said it's important for the province to act as well.

"As large as the climate crisis challenge, or emergency, is — and it's huge — we need every level of government actively engaged and partnering to deliver," he said at an announcement in Newmarket, Ont.

"What we've had over the last four years is a federal government that's at the table and is taking meaningful action and almost all of Ontario's municipalities doing the same or trying to. Only one level of government's been missing."

But Del Duca said he would not reintroduce cap and trade because of the federal carbon tax backstop that is now in place.

The NDP has also promised to halve emissions levels by 2030 and get to net-zero by 2050, but a New Democratic government would establish a new cap-and-trade system.

"We've really got a robust plan and it's something I'm very, very proud of," NDP Leader Andrea Horwath said.

"Look, Steven Del Duca's Liberals know they chopped into the Greenbelt something like 17 times when they were in office, so I think he better be thoughtful about his own past performance."

Former Liberal premier Kathleen Wynne has said they approved 17 minor variances out of more than 600 requests for adjustments.

Green Party Leader Mike Schreiner criticized the Liberal plan as full of "half measures" and said it isn't costed. The Greens want to get to net-zero in 2045, double the size of the Greenbelt and triple public transit use by 2030.

The Liberals' new environmental plan also includes a proposal, announced Monday, to reduce transit fares to $1 per ride across the province.

Del Duca is promising unspecified strengthened requirements of industrial emitters, and to reinvest and match all proceeds into grants, tax credits and loan guarantees through a Green Jobs Fund to support made-in-Ontario clean technology.

The Liberals say they would put $9 billion over four years into a clean economy plan, creating 25,000 new green jobs and the Green Jobs Fund.

The plan would also expand the Greenbelt and designate 30 per cent of Ontario land as protected — up from 10 per cent — and provide 100,000 grants of up to $3,000 each year to people and businesses for green renovations such as new windows, heat pumps and flood protection.

The Liberals are promising to introduce a new $250-million-a-year fund to help communities become climate resilient, divert and recycle 60 per cent of waste from landfills by 2030 and 85 per cent by 2050, and update the building code to require new buildings and renovations to be held to energy efficiency and climate resiliency standards by 2025.

The Liberals have also promised to plant 800,000 trees over eight years, offer rebates of up to $8,000 for electric vehicles up to retail prices of $65,000 and $1,500 for charging equipment, and require all new passenger vehicles sold in Ontario to be zero-emission by 2035.