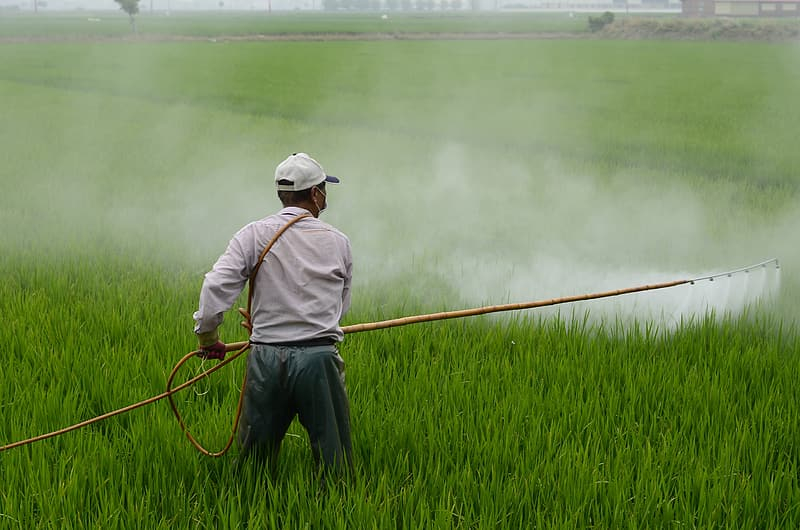 “The most alarming of all assaults upon the environment is the contamination of the air, earth, rivers, and seas with dangerous, and even lethal, materials. This pollution has rapidly become almost universal, and it is for the most part irrecoverable.” — Rachel Carson, Silent Spring, 1962.

The world is increasingly aware of the impacts we face from climate chaos and the massive loss of biodiversity. Thanks to extensive media coverage, committed activists and scientific warnings, people everywhere are increasingly demanding governments take bold action to confront these crises. Chemical pollution, and the damage to our well-being and the future of this planet it poses, remains an existential risk.

But, 40 years ago, environmental journalist Rachel Carson warned of an equally perilous crisis; that of the harmful impacts of unregulated chemicals, pesticides and other dangerous substances created by industry. Her work Silent Spring first drew attention to this crisis and is credited with launching the modern environmental movement.

Today, this crisis remains as serious and as threatening as ever. Chemical pollution, and the damage to our well-being and the future of this planet it poses, remains an existential risk.

However, this spring, there is cause for some cautious optimism, at least in Canada.

The Senate is reviewing Bill S-5, legislation tabled by the federal government that seeks to reform the Canadian Environmental Protection Act (CEPA), Canada’s cornerstone environmental law that is intended to protect people across this country from the impacts of harmful toxics.

It has been over two decades since CEPA was last modernized. In that time, our exposure to new and dangerous substances has increased. As a result, CEPA is woefully out of date to protect people and the environment in Canada. Even though Bill S-5 addresses a crisis of global proportions that threatens the biological and physical processes underpinning all life, the proposed legislation has received little attention.

Chemical pollution is a serious global issue, impacting the lives of people and ecosystems around the world. And our exposure to new and novel chemicals continues to grow.

The chemicals in use globally have increased since Carson wrote Silent Spring. There has been a 50-fold increase in the production of chemicals since 1950 and this is projected to triple again by 2050.

Bill S-5 is important because chemical pollution is serious, impacting the lives of people and ecosystems around the world, writes Elaine MacDonald @emdtoronto. Our exposure to new and novel chemicals grows. #cdnpoli #ClimateEmergency #SenCA

Governments around the world responsible for assessing and regulating new chemicals are unable to match the pace of this growth, leading scientists to conclude that humanity's ability to regulate chemicals is now operating outside the planetary boundary.

That means governments are not equipped to assess and regulate chemicals as fast as humans are being exposed to them.

The lack of urgency among governments has led to calls for a global body similar to the Intergovernmental Panel on Climate Change (IPCC) to press for action to strengthen the regulation of chemicals before a global tipping point is exceeded.

A global tipping point occurs when the impact of chemicals becomes so detrimental to planetary and human health that government action becomes too late.

Just like climate change, there is a tipping point when the build-up of toxic chemicals in the environment and biosphere causes irreversible widespread harm.

In 2009, a team of international researchers outlined its belief that industrial chemical pollution was a threat that could render the Earth uninhabitable for humans.

We already know about chemicals used widely in Canada that have a serious impact on public health and the environment.

The acronym PFAS describes a family of more than 4,000 chemicals also known as “forever chemicals” because they never break down, making them a global pollutant. PFAS are linked to myriad health issues, including cancer, yet they remain widely used in consumer products like clothing and food packaging.

While Europe has started to pay attention — promising bans on entire classes of chemicals, including PFAS — Canada has done little to address PFAS as a class other than to commit to publish a report sometime next year.

Assessing large swaths of similar chemicals as a class helps governments address the toxic treadmill and avoid a game of whack-a-mole when a banned chemical is replaced by another within the class.

Bill S-5 is Canada’s chance to address the impact of such chemicals and finally modernize legislation, but the draft needs important amendments.

The proposed legislation would begin to address the cumulative impacts of a range of toxic chemicals and harmful pollution. Cumulative effects show people and the environment are exposed to more than one dangerous substance at a time.

For example, personal care products are manufactured with 10,500 unique chemical ingredients, some of which are known or suspected to cause cancer, harm the reproductive system or disrupt the endocrine system.

People across Canada are exposed to the cumulative effects of these chemicals in shampoos, sunscreen and lotions every day.

At a time when chemical pollution poses such a risk to humanity and the planet, senators and MPs must make strengthening and passing Bill S-5 a political priority.