Gas prices are going up, up, up 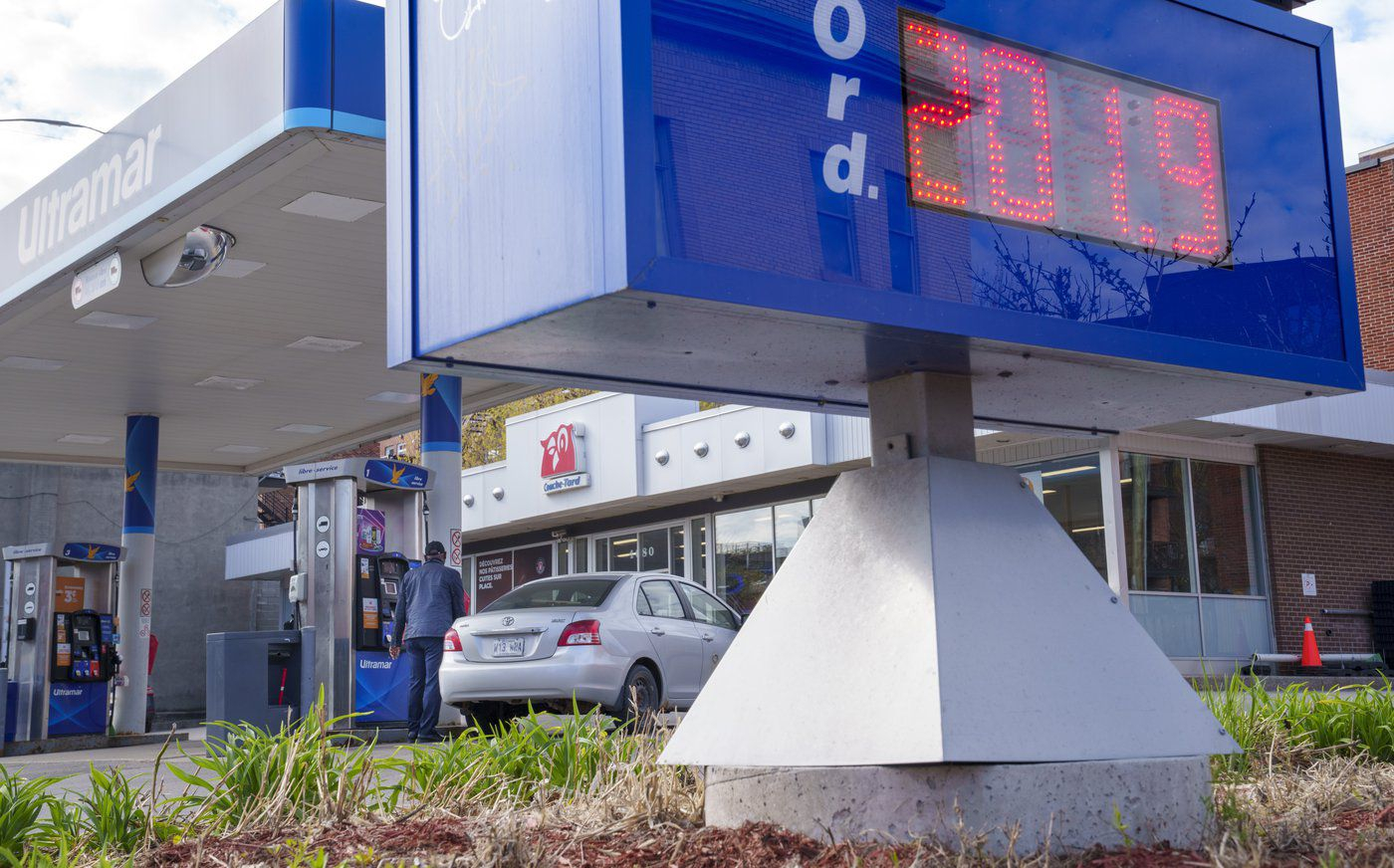 The price of gas is seen as a motorist fills up at a gas station in Montreal on Friday, May 6, 2022. File photo by The Canadian Press/Paul Chiasson
Previous story
Next story

A leading energy price expert says gas prices could go up another five cents across Canada if Russia decides to intensify its assault on Ukraine or declare all-out war come Monday.

Dan McTeague, president of Canadians for Affordable Energy, says May 9 marks Victory Day in Russia and could prove pivotal when it comes to the trajectory of the war in Ukraine.

McTeague says gas prices could go up an additional five cents per litre next week as well if the situation worsens in Ukraine and as Canadians gear up for the May long weekend, which is typically considered the unofficial start of summer.

The average price of gas in Canada is pushing towards $1.97 per litre, with British Columbians feeling the most pain at the pump, shelling out an average of $2.06 per litre.

But McTeague says even if the war in Ukraine comes to an end in the near future, high gas prices are expected to stay in place for a while because sanctions will likely remain on Russia's energy sector.

The supply-demand issue that was weighing on the oil industry long before the war broke out isn't going to go away either, he adds.

"(Some people think) all this is because of Russia, but nothing could be further from the truth," he said. "It is a matter of fundamentals. There was less supply and more demand before and that hasn't changed."

"During the summer, gasoline prices tend to detach from oil prices – they go much higher," he said.

Gas could rise by five cents this week and five cents the week after, analyst says. #GasPrices #OilPrices #UkraineRussia #UkraineInvasion

He also points to a weaker Canadian dollar as a contributing factor.

This report by The Canadian Press was first published May 8, 2022.

Just to be clear, gas prices

Just to be clear, gas prices could go up depending on how NATO countries RESPOND to actions by Russia, not Russia's actions themselves. Russia itself would still be perfectly happy to keep selling everyone oil.

In any case, there are still countries buying oil from Russia, so sanctions aren't really causing a REDUCTION in supply, just disruptions as countries sort out who's buying what oil from whom.

Meanwhile, I've noticed that whenever the price of crude goes down, oil companies explain to us patiently that of course that doesn't mean gasoline will go down until a few months later when the new, cheap crude works its way through refineries. And then a few months later maybe they forget to drop the price anyway. But when the price of crude goes up, gas goes up instantly; apparently the new, expensive crude doesn't have to work its way through refineries for months, it's just magically, instantly transmuted into expensive gasoline the same day.
If gas is going to be expensive it should be because we're taxing the oil companies to death.

Sure, oil is sold based on

Sure, oil is sold based on world price. BUT, the cost of production is at most marginally impacted by the events that drive the world price. Companies are therefore making ridiculous profit margins. I maintain it's time for government to impose taxes on oil companies in Canada that essentially limit profit to 10-12% MAXIMUM. And all financial data to be supported by audit, with high penalties for falsification.