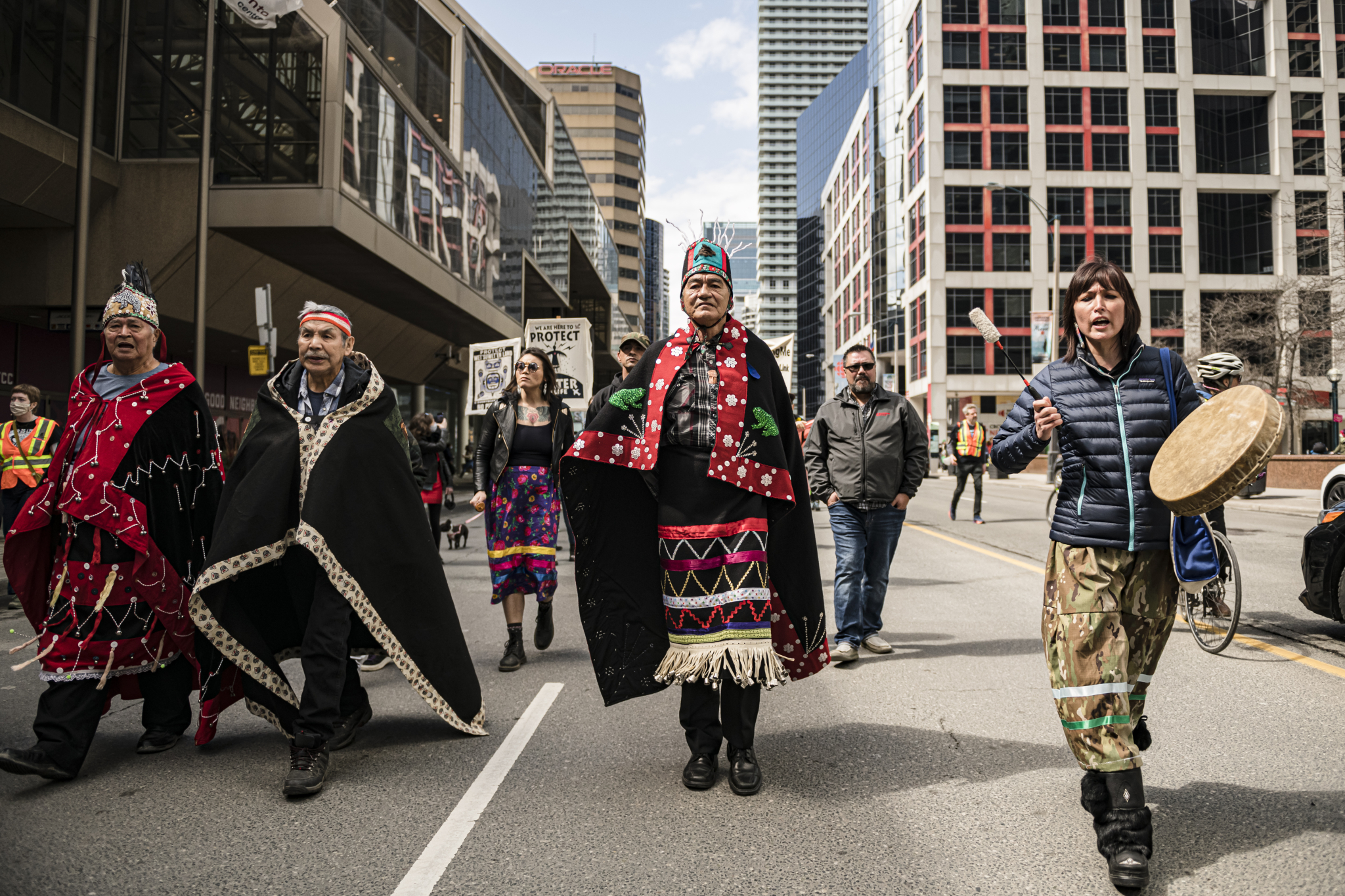 Canada is ignoring the condemnations of a United Nations human rights committee urging a halt to construction of the Trans Mountain and Coastal GasLink pipelines.

The UN’s Committee on the Elimination of Racial Discrimination (CERD) “profoundly regrets and is concerned” that Canada is continuing to forcibly remove Indigenous land defenders from their unceded territory, states the letter dated April 29, 2022.

The letter singles out governments in Canada and British Columbia, saying they “have escalated their use of force, surveillance, and criminalization of land defenders and peaceful protesters to intimidate, remove and forcibly evict Secwepemc and Wet’suwet’en Nations from their traditional lands, in particular by the Royal Canadian Mounted Police (RCMP), the Community-Industry Response Group (CIRG), and private security firms.”

It goes on to say “numerous Secwepemc and Wet'suwet'en peaceful land defenders have been victims of violent evictions and arbitrary detentions by the RCMP, the CIRG and private security personnel [on] several occasions” since the committee sent an earlier letter in November 2020 urging Canada to stop construction of these projects until consent was obtained.

The federal government did not return a request for comment by deadline.

In a recent interview, Wet’suwet’en hereditary Chief Namoks called the ongoing colonization of his nation a human rights issue that is being ignored, adding if land defenders didn’t protest, governments and businesses would “just steamroll through.”

“You know what the largest and longest-running industry in Canada is, ever since Canada became a country? Indigenous people,” he said. “Ever since contact, they've been constantly under [government’s] thumb.

“It was all about resources. First the animals, salmon up this way, then they came for the trees, and now they're going for the rocks and everything underneath.”

Canada’s responses to these UN letters are not available, but CERD’s missives hint at the country’s position. For example, the November 2020 letter questions Canada’s approach to the UN Declaration on the Rights of Indigenous Peoples, which requires countries to obtain “free, prior and informed consent” from nations when considering projects related to their rights or interests. In the letter, CERD “regrets” that Canada’s interpretation of the declaration is to “guarantee a process, but not a particular result.”

This suggests Canada believes it can override a nation’s consent if it wants to, forcing projects on an Indigenous nation. The interpretation that UNDRIP is basically optional is, as APTN reports, being used by federal lawyers in an ongoing court challenge launched by members of the Dene Tha’ First Nation.

A UN human rights committee is urging Canada to stop construction of the Trans Mountain and Coastal GasLink pipelines, citing the use of private security, arbitrary detention, and more to forcibly remove Indigenous land defenders.

The recent CERD letter scolds Canada for failing to respond to its previous letter, which was due November 2021. Canada’s response “should have” provided information on steps taken to address CERD’s concerns, including what measures Canada has taken to negotiate and consult with Secwepemc and Wet’suwet’en communities, the letter stated.

The UN committee calls on Canada to take a series of steps, including halting construction of the Trans Mountain and Coastal GasLink pipelines, engaging in consultation with affected communities, investigating allegations of surveillance, arbitrary detention and excessive use of force against protesters, and stopping the eviction of Secwepemc and Wet’suwet’en peoples.

so, rule of law, only when

so, rule of law, only when convenient?

The lawful rights of

The lawful rights of indigenous people in this Country are forever being wiped out. We need a transition from big oil for the sake of our climate and our people.