Métis leader calls for apology from Queen for residential schools 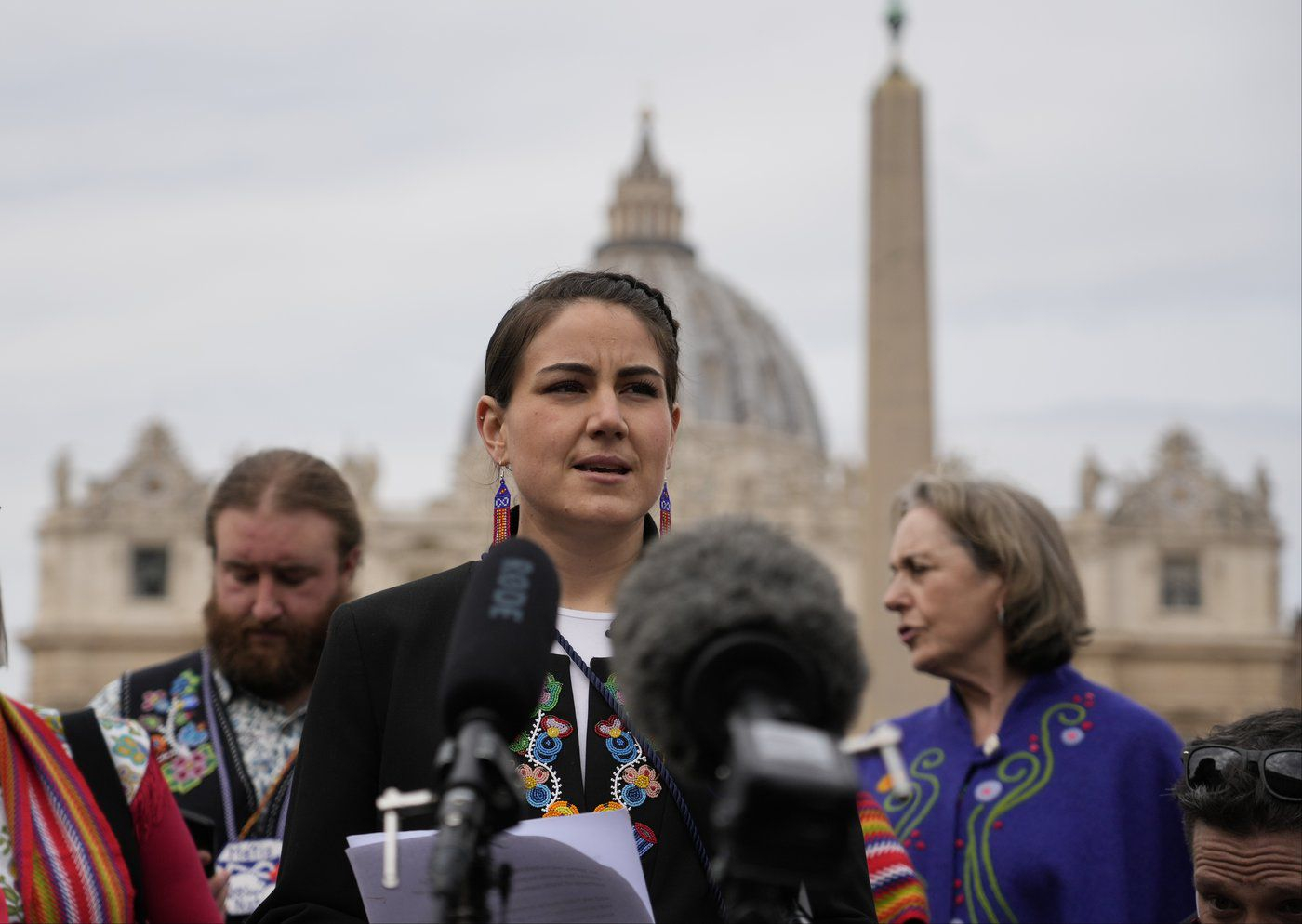 Cassidy Caron speaks to the media in St. Peter's Square after a meeting with Pope Francis at the Vatican on Monday, March 28, 2022. File photo by The Associated Press/Gregorio Borgia
Previous story
Next story

The president of the Métis National Council says the Queen should apologize for residential schools to help survivors and their families heal.

"The Royals have a moral responsibility to participate and contribute and advance reconciliation," Cassidy Caron said in Ottawa on Monday.

Caron said residential school survivors told her that an apology from the Queen would be important since she is the leader of the Anglican Church and Canada’s head of state.

Caron said she will make the request to Prince Charles and his wife, Camilla, during a reception with them at Rideau Hall on Wednesday.

The Prince of Wales and the Duchess of Cornwall are to visit Canada this week for a three-day tour that is to partially focus on Indigenous reconciliation.

It comes after Pope Francis apologized at the Vatican last month to survivors and Indigenous delegates for the Catholic Church’s role in residential schools. The pontiff is scheduled to come to Canada in July to deliver another apology.

Caron said the apology in Rome brought healing to some residential school survivors and was a step in repairing the relationship with the Roman Catholic Church.

A similar expression from the Queen would also be important, Caron said.

Some 150,000 Indigenous children were forced to attend residential schools, which operated for more than 120 years in Canada. The Truth and Reconciliation Commission has detailed mistreatment at the schools, including emotional, physical and sexual abuse of children.

The Anglican Church ran about three dozen of the schools and more than 150 day schools for Indigenous children.

Métis leader calls for #Queen to apologize for #ResidentialSchools.

The Anglican Church of Canada apologized in 1993 for operating residential schools.

The Archbishop of Canterbury, spiritual leader of the church, went to Saskatchewan in late April and delivered another apology after listening to survivors.

Caron said the Queen should also recognize harms caused by colonization and acknowledge the wealth acquired through the exploitation of Indigenous people and their land.

"European monarchies, including the British monarchy, have really benefited the most from the Doctrine of Discovery, which allowed them to lay claim to Indigenous People's lands," she said.

Caron said with the discovery of unmarked graves at the sites of former residential schools, the eyes of the world are watching what happens, including how the British royals respond.

Last month, it was revealed that possible graves had been found there.

Caron said she is not sure how much time, if any, she will have to speak with Prince Charles and Camilla during the tour. But, she added, any time she is given will be used to share messages from survivors.

"Whatever opportunity that I do have with them, I will just be explaining to them that there is a lot more work to be done."

This report by The Canadian Press was first published May 16, 2022.

If Canada's indigenous peoples were the only people deserving apologies from the Former British Empire - they might indeed get one. Unfortunately, there are so many peoples from the former "glorious Empire" that the UK Government, and the Royal Family simply cannot afford to open their dreadful Pandora's box of despicable military, and predatory economic crimes against former "colonies" The Caribbean states have already registered their potent claims for reparation due their people because of Britain]s ruthless enslavement of Africans on the sugar plantations. There are commissions in Africa, India and elsewhere investigating the civil and military crimes the empire committed wherever it had financial interests.

As the empire crumbled, post WW 11, Britain's Colonial and Foreign Offices conducted great burnings of records before quitting their colonies. Until recently the few preserved records were buried, unacknowledged deep in official archives. A very few scholars, combing through private papers and discovering the hidden trove of official documents have started to piece together the grisly history of British military aggression in its colonies. The myth of the peaceful, benevolent colonial administrations is about to be shattered.