Coalition pushes Ontario leaders to fund community use of schools 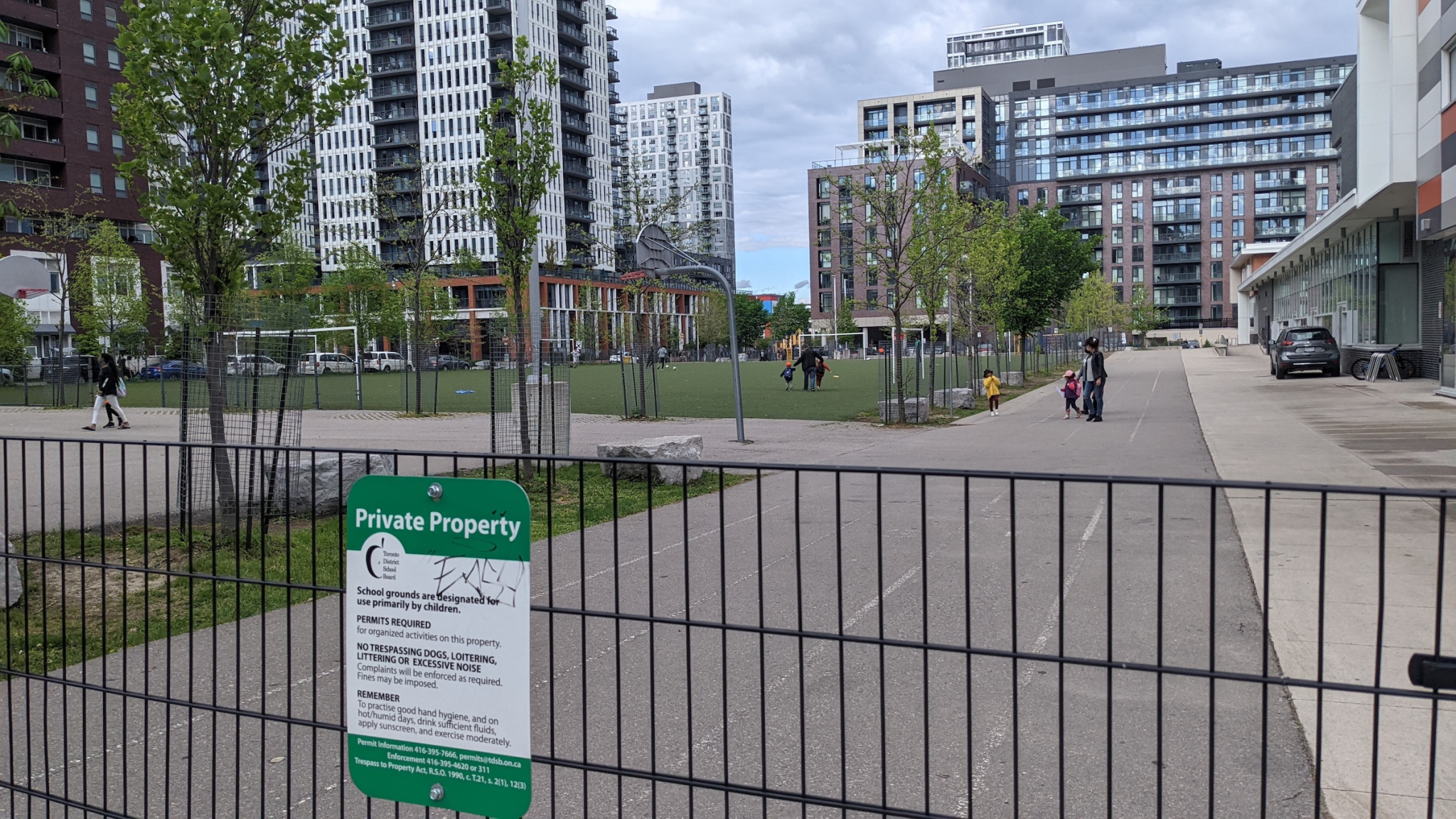 The pandemic has only made it harder for community groups to run programs on school property, says a coalition pushing to turn schools into community hubs. Photo by Morgan Sharp / Canada's National Observer
Previous story
Next story

Community access to Ontario school facilities has been sharply curtailed by the COVID-19 pandemic, but it was already shrinking amid funding cuts — and a coalition of social agencies and community advocates wants those cuts reversed by the province’s next government.

Once Ontario lifted extended school closures in 2020, the additional cost of maintaining public health protocols made it increasingly difficult for community groups to run after-school and evening programs in school pools, gymnasiums, theatres and other facilities, in part because school budgets have barely budged since 2008, the SPACE Coalition says.

“What’s happened is the money has been static, but the costs have gone up,” said Heather Mitchell, co-chair of the group, whose name stands for Saving Public Access to Space Everywhere.

Meanwhile, funds specifically set aside for schools in high-priority neighbourhoods were cut entirely, she said, as was money to pay for community outreach co-ordinators, whose job it is to actively seek out communities that could benefit from such programming.

A chart in a briefing note from the SPACE Coalition shows stagnant funding for general community use of schools and the elimination of investments targeting high-priority neighbourhoods.

“You end up with the school board itself absorbing those costs, and they simply can't afford to do that; they're already in a hole,” she said in a phone interview. “But that just meant that in a number of areas across the city, those organizations that would have provided free programming now no longer can do that.”

For the Toronto District School Board, that means a list of 77 schools in its Priority Schools Initiative has shrunk to 44 Local Neighbourhood Support Program sites, Mitchell said.

Basketball programs have been particularly tough to get back on track, with indoor school gyms only opening up again in January this year, while school baseball diamonds, for example, were back in use last summer.

Such programs often provide opportunities for young participants to become coaches and take on other paid positions such as referees, Mitchell said, while in one such program, a former school trustee paired basketball with a literacy program.

The pandemic has only made it harder for community groups to run programs on school property, says a coalition pushing to turn schools into community hubs. #ONelxn #ONpoli

“So the youth would come in, they would do their basketball, they would train, they would play, they would also do skill-building in reading, writing, arithmetic, if you will,” she said. “And those programs were eliminated.”

The coalition is asking the leaders of political parties vying to form the next provincial government ahead of the June 2 election to commit to returning funding for community use of schools to its 2018-19 budget level of $50.9 million and adding 10 per cent for the 2022-23 year, for a total of $56 million.

The three opposition parties — the NDP, Liberals and Greens — all responded with broadly supportive responses by earlier this month. The Progressive Conservatives, who cut community use of schools funding while in government, have not responded.