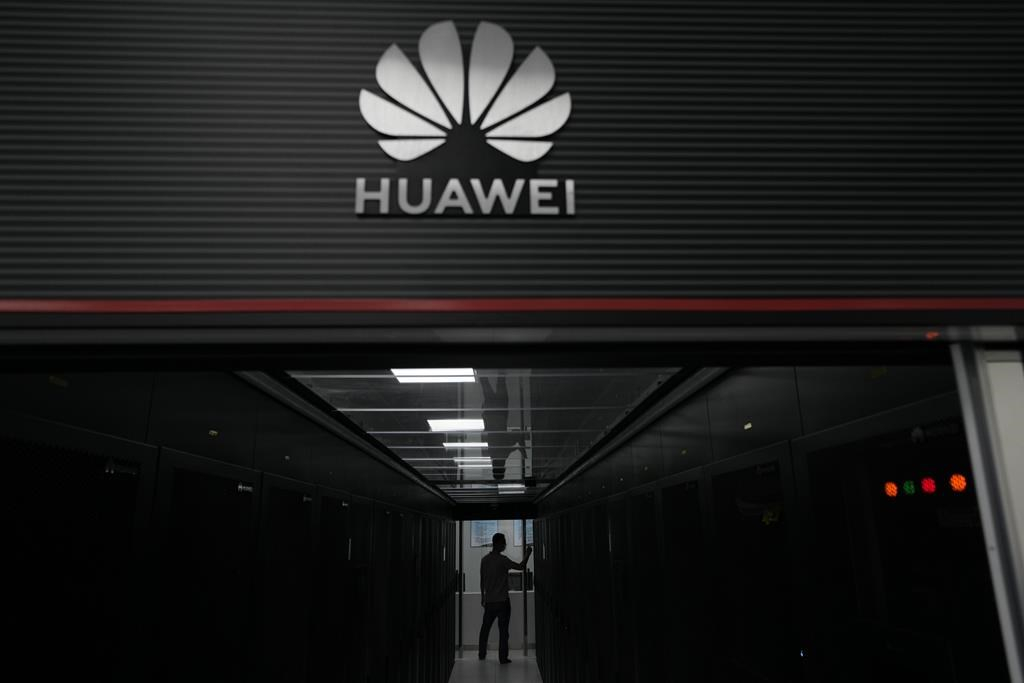 A technician stands at the entrance to a Huawei 5G data server center at the Guangdong Second Provincial General Hospital in Guangzhou, in southern China's Guangdong province on Sept. 26, 2021. Photo by: The Canadian Press/AP/Ng Han Guan
Previous story

The government is working closely with big financial institutions as well as other companies across the country to protect vital networks from malicious attackers, Trudeau said Friday at an event in Quebec.

Canada will do more, whether through legislation, new spending or "better and stronger partnerships," he told reporters.

"Without any solid evidence, the Canadian side cited vague security risks as a pretext to exclude relevant Chinese companies from its market," Wang said.

"This move violates the market economy principle and free-trade rules and severely harms the Chinese companies’ legitimate rights and interests."

"But we feel that it is extremely important to stand up for Canadian protection, Canadian interests and Canadian safety. That's why we took this decision and we stand by it."

The Liberal government made it clear this week that the long-awaited 5G decision is only a first step in an era of perpetual cyberattacks, ransomware operations and efforts by criminal hackers and state-sponsored players to pilfer information or sabotage key infrastructure.

Prime Minister Justin Trudeau said Canada will up up #cybersecurity measures in wake of ban on Huawei products in 5G network. #cdnpoli

In addition, Mendicino's mandate letter from the prime minister directs him to expand efforts to detect security risks in foreign research and investment partnerships, partly by increasing RCMP and security agency resources for this purpose.

"Is this going to resolve our security problems, security concerns? Absolutely not."

Much of the "hidden wiring" of the Canadian economy lies in private hands, and securing it poses a huge challenge, he said. "We need to do a lot more."

Hampson ponders whether Canada is prepared for a major cyberattack against a seaport or machines in the oilsands that rely on remote-communication technologies.

"I think the short answer is no," he said. "I mean, yes, we're getting better at it. But it's not just being able to thwart and deter those attacks, but how resilient are we?"

The move is applauded as "utterly important" by Ulrike Bahr-Gedalia, senior director for digital economy, technology and innovation at the Canadian Chamber of Commerce.

However, the chamber wants the government to turn next to helping the private sector bolster its defences.

Bahr-Gedalia said knowing how to predict and prevent problems in the digital sphere is essential.

"It is crucial for businesses to be secure and safe," she said. "We really want to be ahead of the game, which is so important."

The chamber is urging the government to spend $1 billion to protect Canada’s critical infrastructure, supply chains and businesses of all sizes from cyberthreats.

This will augment the more than $7 billion already being spent by the private sector on cybersecurity products and services, it says.

It is also calling for $300 million to accelerate the commercialization of such products and services in Canada, and $200 million to build Canada’s future cybersecurity workforce through education, talent development and retention programs.

This report by The Canadian Press was first published May 20, 2022.