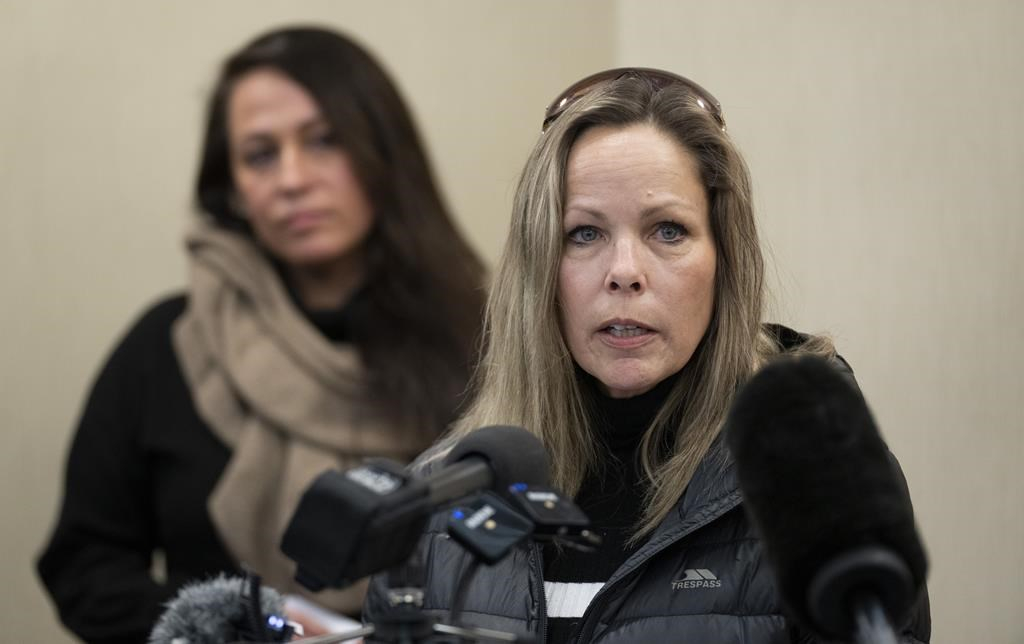 OTTAWA — Tamara Lich, a key organizer of the "Freedom Convoy" protest that gridlocked Ottawa for weeks, will remain released on bail while awaiting trial, a judge ruled Wednesday.

Ontario Superior Court Justice Kevin Phillips said he made his decision because she has followed her bail conditions, her surety has supervised her well and she’s already had a “taste of jail,” which he said lowered her risk to reoffend.

The judge said he does not accept that Lich breached her release conditions by agreeing to receive an award, and added Lich can be trusted to respect the conditions of her release.

She was released in March with a long list of conditions, including a ban from all social media and an order not to “support anything related to the Freedom Convoy.”

The terms of Lich's release were intended to prevent a similar protest from happening in the national capital, the judge said, adding the court does not seek to control people's political views.

"The courts are not a thought police. We seek only to control conduct to the extent that certain behaviour will violate or likely lead to violation of the law," he said.

The protest is over and has left Ottawa, he said, adding it would be "practically impossible" to mount a similar protest in the city again.

Moiz Karimjee, a Crown prosecutor, said last week that Lich violated one of her bail conditions by agreeing to accept an award for her leadership during the Ottawa protest, and should be sent back behind bars to wait for her trial.

Lich's lawyer, Lawrence Greenspon, argued last week her bail conditions should be loosened to allow her to come to Ontario and use social media.

Greenspon told the court that the social media ban imposed on Lich was unnecessarily broad and has had a huge impact on her life while she's been out of custody.

However, Phillips said Wednesday the ban on Lich's access to social media is warranted.

"Social media can be a problematic feedback loop where people get egged on and caught up in group activity they would never perform on their own," he said.

Social media "undoubtedly contributed to and even drove" Lich's conduct related to the protest, and her separation from it is necessary to lower her risk of reoffending, said Phillips.

Noting that Lich is in her late 40s, Phillips said she should be able to remember "how to use the social skills she surely built up before the advent of the internet."

Lich is able to communicate by many other means, including email, phone or meeting in person, he said.

The judge did amend her release conditions to allow her to visit Ottawa.

Lich's motivation for coming to the city cannot be disclosed because it is under a court-ordered publication ban.

Phillips reiterated the high unlikelihood that Lich could organize an event resembling the convoy protest.

While she's permitted to come to Ottawa, Lich is not allowed to visit the downtown core so as not "to walk around the very neighbourhoods she is alleged to have traumatized," he said, except to attend court or meet with legal counsel.

The "Freedom Convoy" protest evolved into a weeks-long demonstration that congested the streets of Ottawa in February.