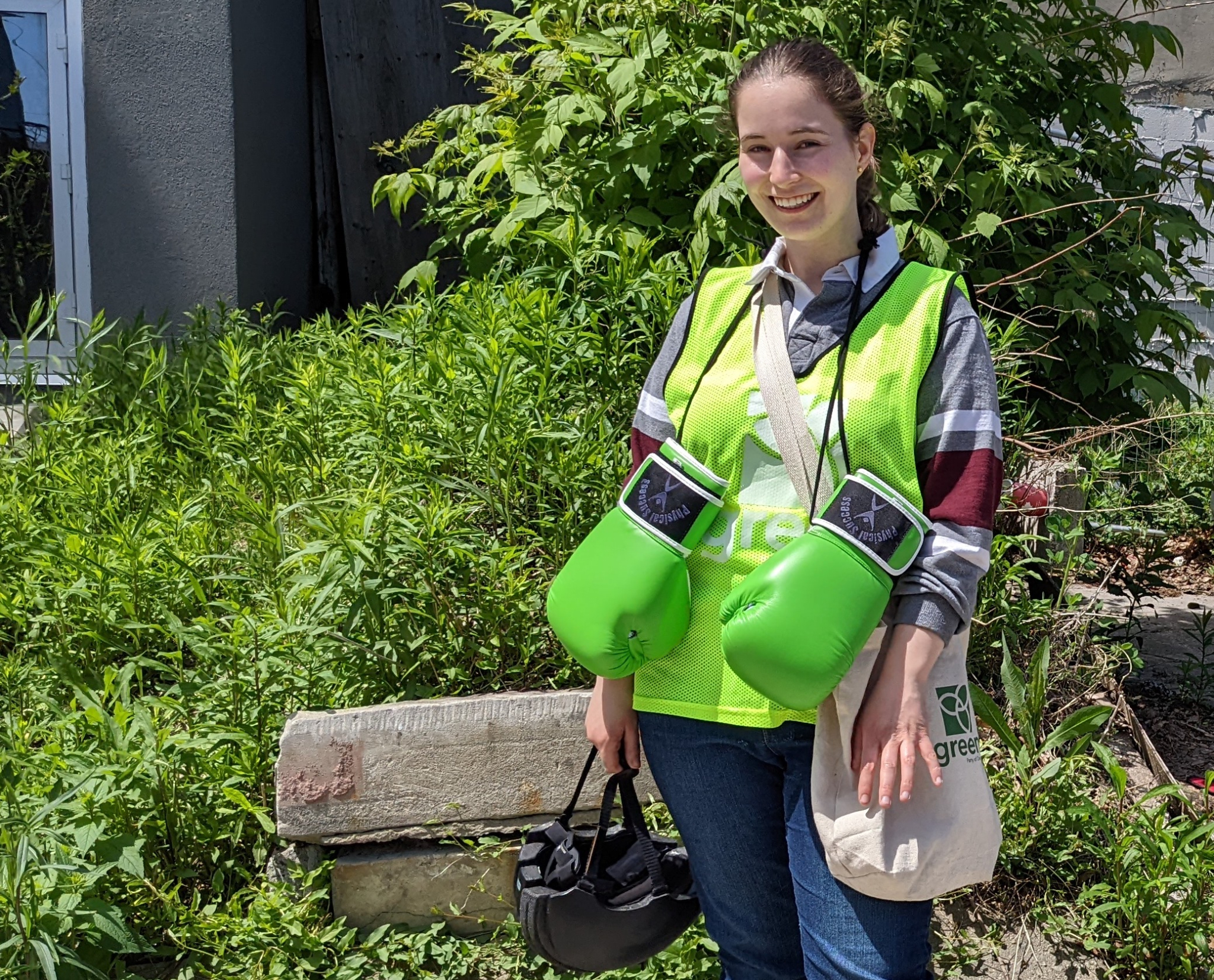 Daniella Mikanovsky is a field manager for Dianne Saxe's campaign in University-Rosedale and a candidate herself in Thornhill. Photo by Morgan Sharp
Previous story
Next story

The handful of mostly young volunteers who joined Dianne Saxe on one of her daily canvassing trips in Toronto’s University-Rosedale riding this week say her candidacy has created momentum in a race she could win.

On the street just south of Christie Pits Park, the team worked their way down. The candidate’s lawn signs competed in number with those of the incumbent, the NDP’s Jessica Bell, a transit advocate who won the seat comfortably with almost half the vote in 2018.

The area hasn’t voted conservative in decades, and even if the three parties (Greens, Liberals and NDP) vying for the anti-Doug Ford vote split it evenly, the Progressive Conservative candidate would still trail all three, Saxe’s field manager Daniella Mikanovsky said.

“People have the opportunity here to vote for the person they believe would best represent their voice,” said 23-year-old Mikanovsky, who is also a Green candidate herself in Thornhill and hopes to emulate Saxe’s career as an environmental lawyer.

The Greens are hoping Saxe, the province’s former environment commissioner before Premier Doug Ford eliminated the position, will help them add at least one more seat to the one won in 2018 by leader Mike Schreiner in Guelph, which could make them more influential in a minority government scenario.

Mikanovsky argues that sending one of the Greens’ two deputy leaders to Queen's Park would provide more value to voters here than backing a backbench MPP for a larger party since Saxe would add to a constant critical focus on climate action.

“Dianne is a rock-star candidate” who would have easily gotten elected running with a larger party, she said, but chose to run for the Greens as “the only one that truly aligns with her values.”

She also has deep roots in the area, where her family traces their history back 120 years, and connections via the University of Toronto, her law practice, synagogue and choir group.

“Everything we do now has to be fast, cheap and transformative because we don’t have a lot of money or time,” says @DianneSaxe, with the @OntarioGreens candidate noting transit use in the Greater Toronto Area needs to triple by 2030. #OnElxn

Julia Dardzinska got involved in the campaign after wandering into Saxe’s campaign office and asking if they needed volunteers. She got invited to the campaign that day.

A committed environmentalist since elementary school, the 23-year-old says she got bitter that her efforts were in vain after high school but had rekindled her activism with the Saxe campaign.

For student Giedre Dargeviciute, Saxe’s appeal comes from offering solutions and hope instead of just talking about problems.

“She is someone who is able to make a personal connection with people. She’s one of these people who just goes and meets every single person she can with the limited time that she has,” the 23-year-old said. “She’s just an inspiring politician, inspiring woman, and I think she really has a good chance of winning this.”

Saxe says it is easy but not useful to say we are powerless in the face of climate emergency, and that there is a huge appetite out there for becoming part of a solution that delivers a livable future.

“We know that more emergencies will come, and when disasters come, people grab for a solution,” she said. “If the only solutions being offered at that moment are the ones being offered by the developers and the fossil fuel companies, then we’re going to keep doing bad things.

“But when you have a well-thought-out solution that’s ready to go when the disaster comes, people can reach for that,” she said.

While Saxe clashed repeatedly with Ford as his government dismantled a cap-and-trade framework and the climate actions it funded, she said she would not support a return to it now — as the NDP proposes — given how disruptive that would be.

“Changing systems can take years, and we can’t afford any more years,” she said, calling the NDP forecast it could raise $30 billion from industry over four years unrealistic since it would put steel plants and other industries that sell on global markets out of business.

The need for speed means dedicated bus lanes are preferable to subways, she says, especially if they are used by new zero-emission vehicles.

“Everything we do now has to be fast, cheap and transformative because we don’t have a lot of money or time,” she said, noting that transit use in the Greater Toronto Area needs to triple by 2030 and none of the other parties are serious about that.

Editor's note: This article was updated at 2:40pm on May 26, 2022 to correct the spelling of Giedre Dargeviciute's name.