Why cities should chuck seawalls and let the water in 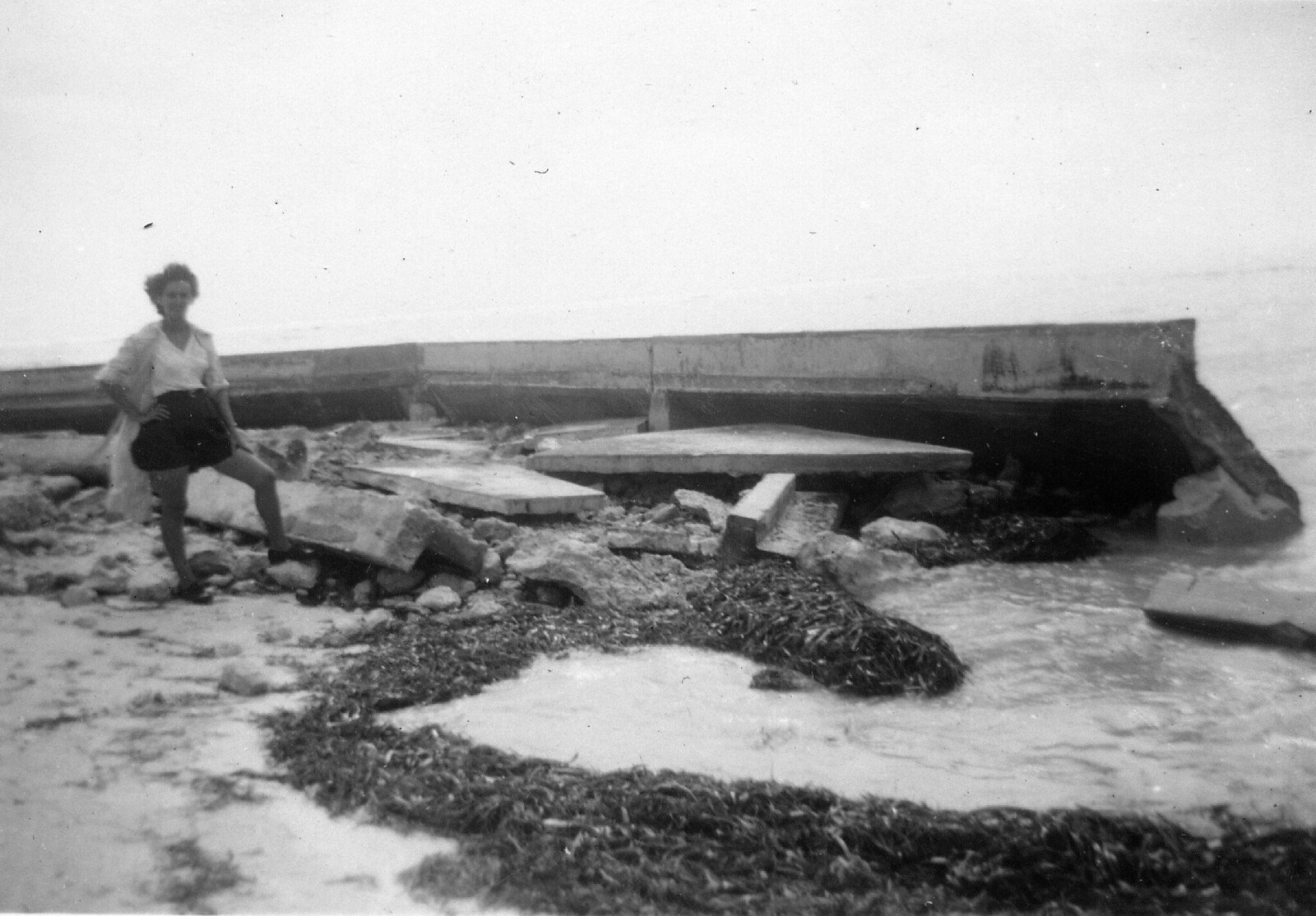 This story was originally published by the Bulletin of the Atomic Scientists and appears here as part of the Climate Desk collaboration.

An older generation of seawalls is in decay while sea levels are rising around the world. Cities like New York, Seattle and San Francisco are promoting expensive new seawall projects as having short-term and long-term benefits. But billion-dollar seawalls often won’t be an affordable long-term answer to rising seas, and better alternatives — including urban districts designed to float — are available for cities and countries willing to design for high and rising water.

Seawalls don’t work the way many of us think they do. Most existing seawalls were built to contain and stabilize a flat terrace of urban fill to allow boats to dock in deeper water. They weren’t built to hold back an increasingly energetic ocean. Nineteenth-century cities washed sand down from their hills, added refuse and filled up wharf districts where Clipper ships could pull up alongside piers. Those seawalls act like a belt holding in a belly, stabilizing soft soils to support building foundations and underground infrastructure. Blocking out temporary flooding caused by a storm was a helpful side-effect, valuable in a past era when high water would recede again.

The archeological record shows that seawalls that were built to protect against the rising ocean didn’t work for long. Seven thousand years ago, people carried large limestone blocks from more than a mile away to build a double-wall structure on the eastern Mediterranean coast, off the coast of current-day Israel, that was intended to keep the swash of waves from reaching higher ground — the first known seawall. Archeologists think that a last gasp of rapid sea-level rise pushed waves up to eight inches higher in 30 years. For people living on a relatively flat terrace of land, the effects would have been devastating. That first seawall was overwhelmed in a lifetime or two, according to the archeological evidence, and is now under six feet of seawater. Recent erosion of the sand that covered it for thousands of years has revealed that our ancestors’ seawall strategy failed. People moved to higher (and higher) ground.

This Stone Age wall did have one advantage over today’s seawalls, which is that it used modular construction. Blocks of stone piled up into walls can be moved and reused. Today’s walls don’t have that flexibility. Instead, they are built with a monolithic design: concrete is poured over steel rods to form reinforced slabs and then, in the best cases, locked into a reinforcing platform with massive foundations that are proportional to the height of the slabs.

In the flimsiest designs, the concrete slabs are just a facing material for a set of wooden posts, sometimes combined with a berm of rocks. These walls can’t be pulled apart and reused as the sea continues to rise at an accelerating pace. Concrete seawalls supported by foundations all share this critical strategic flaw. Walls built with foundations proportional to their height can’t be raised without tearing out and replacing both the foundations and the concrete facing — a monumental and expensive undertaking.

Removing a deep wall is like pulling a rotten tooth; for city residents, it can be painful, complicated and time-consuming. Since a contemporary seawall provides no reusable materials, investment in seawalls represents a liability for future generations. Sea levels will continue to rise, and today’s children will have to pay for them three times — first to build them, then to remove them, and finally to replace them. If cities and countries pass the original financing costs on to future generations by using long payback periods on municipal bonds to reduce the short-term costs, future generations may find that they have fewer options for adaptation. They could still be paying off debt from the original seawalls when new ones are needed.

Building seawalls in new places brings additional problems. Most existing walls now sit where cities already filled their old marshes and beaches. Building a new wall on a sandy or marshy shore guarantees that the wall will reflect waves, chewing away the marsh or beach, and eventually eroding its own foundations. Birds, fish, and shellfish will disappear with the marshes. Even so-called “living seawalls” are just textured concrete that is applied to the concrete slabs in the hope that shellfish may anchor on them, perhaps allowing larger fish to use them as a corridor to reach livable habitat on either side. They’re not living ecosystems where fish and crabs can reproduce as they would in a tidal mudflat, marsh, beach, or dune system. The plain fact is that extensive new seawalls would remove habitat for almost all the wildlife and plants that make up coastal ecosystems.

Why cities should ditch #seawalls and let the water in. #SeaLevelRise #ClimateChange #GlobalWarming #ClimateCrisis

Walls also deflect tidal surges towards either end, increasing the risk of flooding for neighbouring communities that couldn’t afford to build a wall or chose to keep their marshes. Quickly, walls beget more walls. Large cities can afford to spend billions to replace existing seawalls because they support buildings and infrastructure that are worth far more. Cities that don’t have seawalls yet will seriously consider adding them.

What’s the alternative? One option is to live with permanently higher water. Dutch cities have begun to diversify their strategies, using floating urban districts with flexible infrastructure at moderate densities, between 25 to 70 homes per acre. Japanese engineers built a full-scale floating airport runway as a demonstration. A 300-room hotel floats at the Victoria Docks in London, and Rotterdam has excavated artificial ponds that can store excess stormwater while providing a serene setting for upscale homes with water views. The lake around the expensive new homes also protects older parts of the city. Some Japanese cities with earthquake risks have built extra-wide levees known as super-dikes. These levees are so robust that roads and mid-rise buildings can be built on top, recapturing some of the cost. These are all ways of adapting in place, without having to retreat. 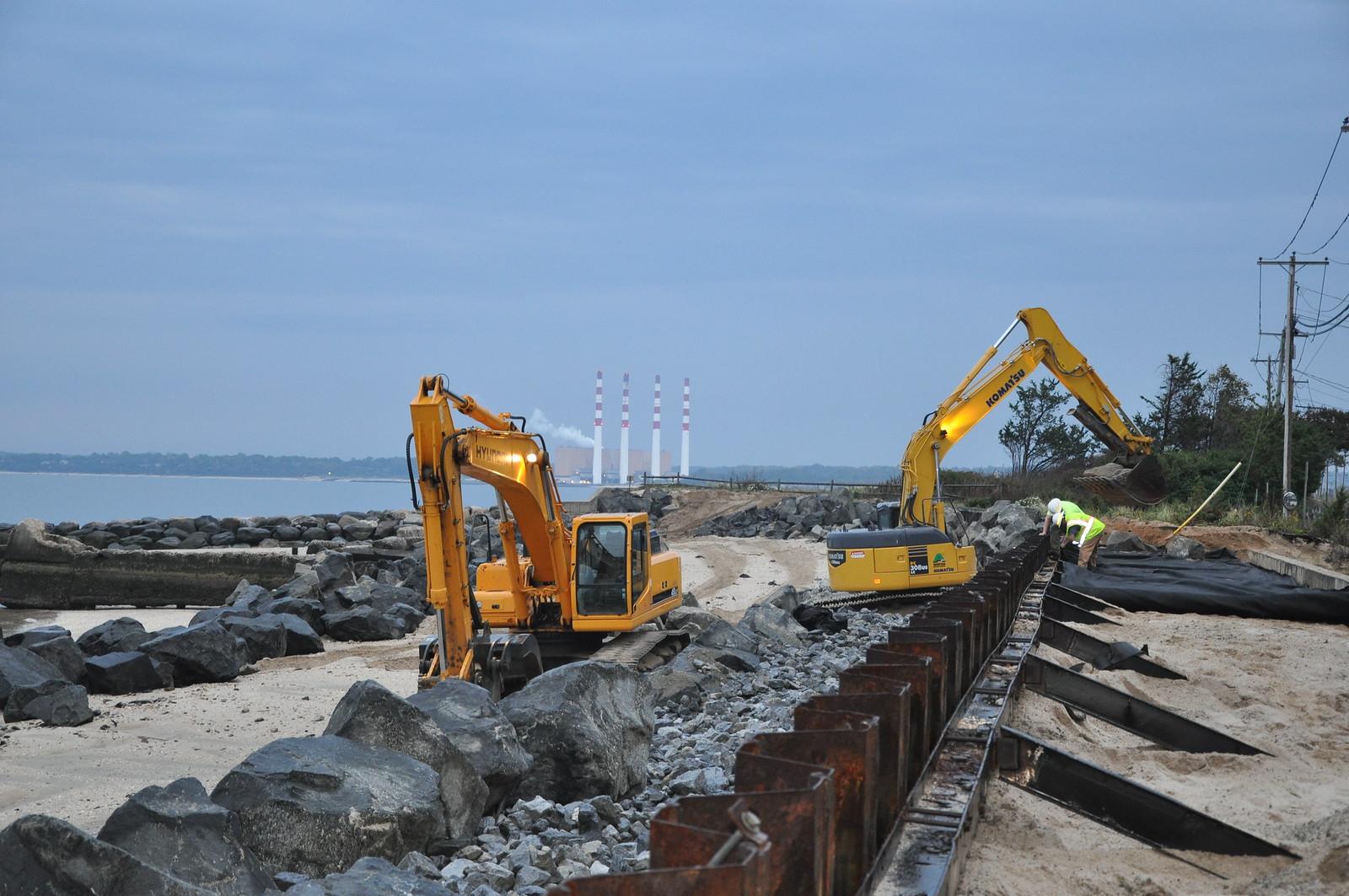 The climate crisis means that living with permanently higher water is inevitable. Most coastal engineers, on the other hand, have been trained to design temporary barriers for floodwaters that recede, for example, after a hurricane. Conventional floodwalls may not work because higher sea levels will never recede. Cities and countries should avoid the catastrophic failures that result from under-maintained walls, like the canal walls of New Orleans that broke and allowed flooding to overwhelm the city in seconds during hurricane Katrina.

Adaptation investments must be a legacy for the next generation, not a liability. Learning to live with higher water is a legacy worth passing on.