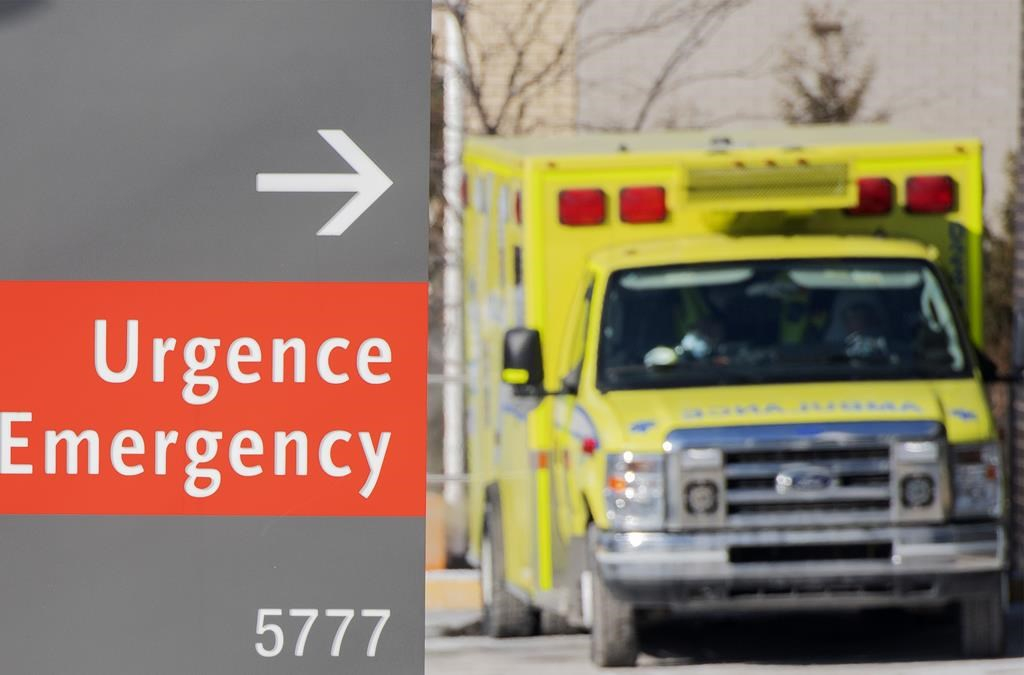 An ambulance is shown outside a hospital in Montreal, on Saturday, Jan. 15, 2022, as the COVID-19 pandemic continues in Canada. File photo by The Canadian Press/Graham Hughes
Previous story

Researchers are having a hard time explaining why Quebec had the country’s highest official COVID−19 death toll despite a relatively low number of excess deaths between March 2020 and October 2021.

A new study released Monday by the Canadian Medical Association Journal tried to answer that question but came up short.

"I would say at this point it’s something we need to understand," Kimberlyn McGrail, professor at University of British Columbia’s school of population and public health, said in an interview.

The study, "Excess mortality, COVID−19 and health−care systems in Canada," says Quebec had 4,033 excess deaths between March 2020 and October 2021 but reported 11,470 COVID−19 fatalities — almost three times more. It’s the biggest gap recorded in Canada during the pandemic. Excess deaths refer to the degree to which observed deaths exceed expected deaths based on modelling from previous years.

McGrail said she observed too many factors to offer a definitive answer.

Between February 2021 and July 2021, for example, Quebec’s mortality rate was lower than in pre−pandemic years, yet officials in the province were reporting up to 10 COVID−19 deaths per 100,000 people every day.

"I don’t have a definitive answer," McGrail said. "That’s part of the reason I was interested in writing the paper, because of the number of things that could play into this."

One reason that could explain the gap, she said, is that Quebec officials were testing many people who — for reasons unrelated to COVID−19 — were already close to death.

"Quebec was doing more testing, particularly with people who were clearly near the end of their life," McGrail said. "They were maybe picking up people who had COVID−19 who were truly going to die in the next days or weeks regardless."

Earlier in May, Quebec’s statistical institute released a report indicating there had been 6,400 excess deaths between the start of the COVID−19 pandemic and March 12, 2022. The province had officially reported more than 15,000 COVID−19 deaths during that period.

In response to the report, Premier François Legault said the data from the Institut de la statistique du Québec indicated the health orders his government had imposed had worked to reduce death in the province. "What this says is that the measures that we put in place over the past two years have had results,’’ he said at the time.

McGrail’s study indicated that Nova Scotia had the lowest proportion of COVID−19 deaths to excess deaths. The province reported 98 COVID−19 deaths during March 2020 and October 2021, yet there were 217 fewer people who died during that period compared with what was expected based on prior years.

While McGrail was cautious to give definitive answers to explain the gap between Quebec’s excess death rate and its COVID−19 mortality rate, Frédéric Fleury−Payeur, with the province’s statistical institute, offered several theories.

One explanation, he said Monday in an interview, is that older people stayed inside more than usual between March 2020 and October 2021, leading to less opportunities to hurt themselves.

"Falls among older people are still quite an important cause of death," Fleury−Payeur said. "It leads to a hip fracture or other bones, and since the elderly have been less mobile during periods of isolation and the curfew, it could have played a role."

"We have known for quite a long time that there are more details in the cause−of−death section in Quebec (medical reports) than in other provinces," Fleury−Payeur said. "When the pandemic began, were Quebec doctors, by habit or tradition, more sensitive to identifying every suspicious COVID−19 death and reporting it?"

Fleury−Payeur said a full portrait of the situation would be available when all the coroners’ reports involving deaths during the pandemic are made public and studied.

This report by The Canadian Press was first published on May 30, 2022.