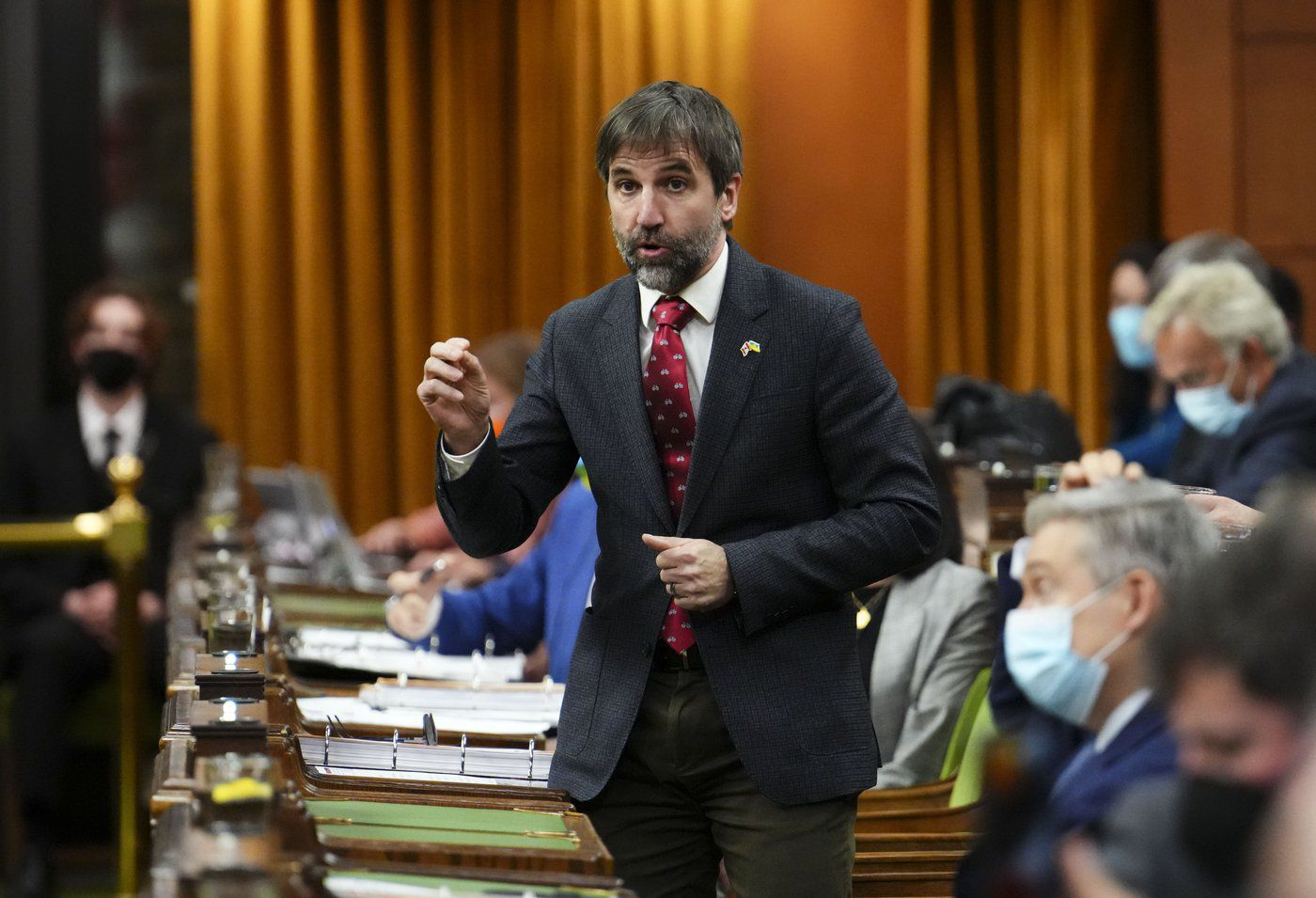 Minister of Environment and Climate Change Steven Guilbeault speaks during question period in the House of Commons on Parliament Hill in Ottawa on Tuesday, May 17, 2022. File photo by The Canadian Press/Sean Kilpatrick
Previous story
Next story

Ottawa and Northwest Territories are in discussions with a large American charity about permanent funding for a program that puts First Nations people in charge of looking after parks and other conservation areas on their traditional lands.

Representatives from all three groups have agreed to try to work out a way for The Pew Charitable Trusts to help fund the Indigenous Guardians program in N.W.T.

If successful, the project could expand to other such programs across the country.

"Our programs are rarely infinite in time," Environment and Climate Change Minister Steven Guilbeault said from Stockholm, Sweden, where he was attending meetings. "There's great interest in the federal government in continuing to support this program.

"If other actors like it as well and if they want to support it, that's wonderful."

Guardian programs depend on local Indigenous people to act as eyes and ears on the land. They manage protected areas, monitor animals and plants, test water quality and watch development. They also help create land-use and marine-use plans.

There are currently 80 guardian programs across Canada. They are funded by a $173-million commitment over five years in last year's budget.

Last week in Yellowknife, the three parties met to discuss ways to make that funding permanent — at least in the North — through an agreement with Pew, which, through its trusts, controls more than $8 billion.

"Indigenous and other local communities have centuries of knowledge and experience in managing their lands and waters," said an email from Tom Dillon, Pew's manager of conservation programs.

"It's important to us that they benefit directly from these initiatives and that we help to galvanize government support to make their conservation aspirations durable."

Indigenous people welcome Pew's interest in ensuring the program remains in place, said Dahti Tsetso, a member of the Indigenous Leadership Initiative, which convened the meeting.

"There is a lot of support across the board for exploring how this could support the guardians program," she said. First Nations across the North are interested, added Tsetso.

The Assembly of First Nations has been in support of guardian programs since 2015.

Tsetso said there are many more possibilities if a deal with Pew can be reached.

"It's like creating an investment strategy," she said. "We're looking at injecting a ton of resources into the N.W.T."

A consultant report done for the initiative concluded that every dollar spent on a guardians program generated $2.50.

"Philanthropies have been involved in conservation projects in Canada for a very, very long time," he said. "We've worked collaboratively together with many of them and often we will invest in projects together."

Tsetso said there's no timeline yet for when the money could help to fund the program.

"We're very much at the start of discussions," she said.