By Tracy Sherlock | News, Politics | June 6th 2022
#4 of 8 articles from the Special Report: The Influencers 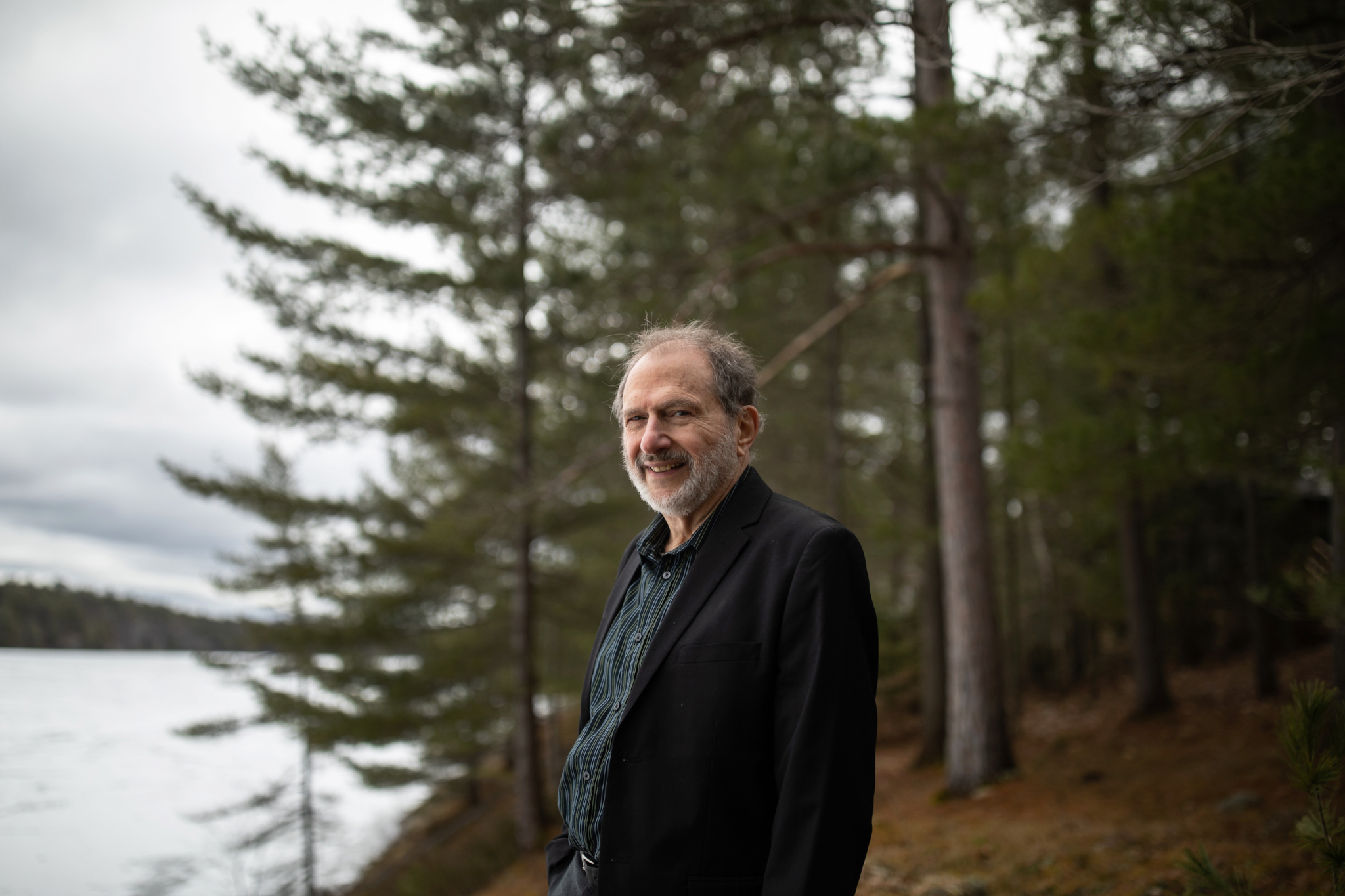 American interference during the recent wave of vaccine mandate protests has heightened Canada’s awareness of foreign influences at play in our political sphere. At least one expert believes this may be a defining moment that gives Canada an opportunity to reassess the future of foreign lobbying in our national oil and gas industry.

Gordon Laxer, a Canadian political economist and lobbying expert, says foreign-owned and -influenced oil and gas corporations lobby to sway Canada’s environmental and energy policies. And now that foreign interference is on the government’s radar, the time is right for environmentalists to turn up the heat against this practice.

“I do think the federal government has got its mind on this issue of foreign influence and foreign political meddling, especially with the truckers’ convoy,” said Laxer, author of the December 2021 report “Posing as Canadian: How big foreign oil captures Canadian energy and climate policy.”

“I think they’re going to look even more broadly at all forms of foreign political interference by big foreign money, big corporate money,” Laxer said. “This is an opportunity, I think, for environmentalists to make sure that our environmental and energy policy is not negated or watered down by big foreign oil.”

Lobbyists are people paid to communicate with public office holders about new laws, legislative proposals, regulations, policies or programs, or the awarding of federal grants, benefits or government contracts, the Office of the Commissioner of Lobbying of Canada said in a statement. These individuals must register with the federal government and follow a set of rules around political activity and gift-giving. Unpaid lobbyists, meanwhile, have no obligation to report their activity and are not bound by the same set of rules.

All lobbying in Canada is tracked on a registry, but whether a company is foreign-owned is not specified, the statement says. Foreign lobbying is not illegal.

“Foreign-owned corporations control $284 billion of oil and gas industry assets in Canada, export over three million barrels of oil a day and campaign for more oil-exporting pipelines. They also remove from Canada an average of almost $23 billion a year in net profits from bitumen alone,” Laxer reports.

Foreign-owned and -influenced oil and gas companies are lobbying to sway Canada’s environmental and energy policies — and now is the time for environmentalists to turn up the heat against this practice, says political economist Gordon Laxer. #cdnpoli

The financial resources of these oil corporations are significant, giving them a lot of power, Laxer argues in his report. “That power has served as the single greatest barrier to effective climate action in Canada,” he wrote.

The oil and gas sector emits more than one-quarter of all greenhouse gas emissions in Canada — more than any other sector, the government’s 2019 emissions report to the United Nations shows. The most recent Intergovernmental Panel on Climate Change report, released Feb. 28, says “rapid, deep cuts in greenhouse gas emissions” are needed to avoid dangerous and widespread disruption caused by human-induced climate change. In March, Canada’s federal government released its 2030 Emissions Reduction Plan, including $9.1 billion in new investments to reach the country’s emissions reduction target of 40 to 45 per cent below 2005 levels by 2030 and net-zero emissions by 2050. The oil and gas sector is specifically required to reduce emissions to 31 per cent below 2005 levels by 2030.

CAPP did not respond to a request for comment on Laxer’s report.

As far as pushing for limits on foreign lobbying in Canada, at least one environmental advocate is more concerned about which interests are being pursued than the citizenship of oil and gas owners.

Oil companies in Canada may be influenced by foreign owners, but they are not lobbying on behalf of foreign powers, says Keith Stewart, senior energy strategist at Greenpeace Canada.

“They are lobbying on behalf of themselves and their own profits,” Stewart said. “They’re pursuing their own interests and they will play countries off against each other to try and dismantle regulatory regimes, deregulate (and) increase subsidies.”

Recent research by Greenpeace Canada found the oil and gas industry meets with government about 1,000 times a year, Stewart said. “The government should say no to some of those meetings,” Stewart said. “They are meeting on average three to four times a day with these guys. That’s an enormous amount of time and public resources.”

“Foreign lobbying is a concern, but I also think it’s a mistake to imagine that bad players are just foreign,” Stewart said. “Canadian oil interests are incredibly powerful in this country, and it’s not simply the case of foreigners trying to do bad things. There are also people here in Canada pushing that agenda.”

Stewart would like to see stronger transparency rules for lobbying and restrictions on advertising and sponsorship by the oil and gas industry.

“In the same way tobacco companies were forbidden from sponsoring public events, we think that fossil fuel should be cut off from that as well because their core business model is harmful to the public interest,” Stewart said.

Rather than being restricted, the oil and gas industry’s influence is growing, said Nick Graham, co-author of the 2019 report “Big Oil’s Political Reach: Mapping Fossil Fuel Lobbying From Harper to Trudeau” and a sessional sociology instructor at the University of Victoria.

His research found CAPP employs 36 full-time lobbyists, and not only do they meet regularly with government, they also produce reports that can be used as a basis for lobbying. Lobbying by environmental NGOs happens only about one-fifth as often, he said.

“I think the counter-pressure is really important. I think we would be in even more trouble if it didn’t exist,” Graham said. “A major issue is the question of organizational resources to effectively lobby.”

An environmental public office, similar to that of the BC Seniors Advocate, working with the public interest in mind could be created as a counterweight to the oil and gas industry, Graham’s report says.

Laxer agrees and makes further recommendations specific to foreign lobbying in his report, calling for foreign-influenced corporations to be banned from election advertising and prohibited from funding lobbying by fossil fuel advocacy groups like CAPP.

“This is an opportunity, I

“This is an opportunity, I think, for environmentalists to make sure that our environmental and energy policy is not negated or watered down by big foreign oil.”

The federal government is Corporate Canada's front office. Government serves business, not the public. Every four years, Canadians vote for a set of seat-warmers in the House of Commons. The front office may change personnel (a revolving door with industry), but the industry-captured bureaucracy and its masters remain the same.
We live in a nominal democracy.

Yes, as a statement of

Yes, as a statement of current existing conditions, this is true. So now that we all know this, Dr. Laxer's directions describe what we can DO about this little problem! There's a lot more to do that just voting whenever an election is called. When was the last time you actually faced your MP or MLA with direct questions and demands for action?!!

Unfortunately, talking to one

Unfortunately, talking to one of the seat-warmers in the opposition backbenches does not get you too far. My MP serves his party, not me. MPs represent the party to constituents, not the other way around. Backbench MPs don't have a lot of say in formulating party policy.

Even govt ministers (e.g., Environment and Climate Change Minister Steven Guilbeault, his predecessor Catherine McKenna) don't have much say in govt decisions and direction on climate/energy. They are merely the faces of govt, not the decision makers.
Power is concentrated in the PMO. But the real decision makers reside in boardrooms on Bay St, in Calgary office towers, and beyond that in foreign offices and boardrooms.
Corporatocracy.