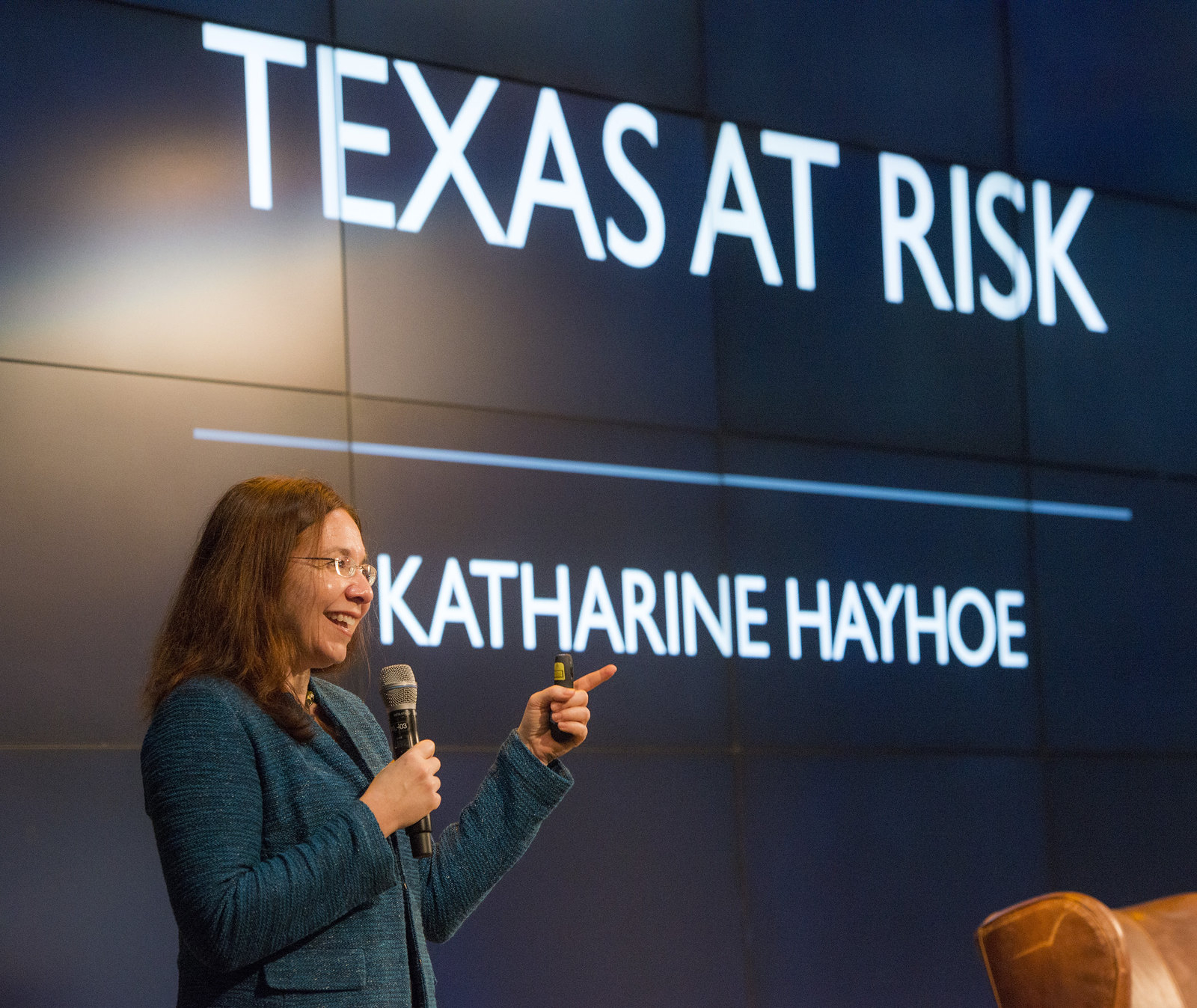 Katharine Hayhoe warns that if we continue emitting greenhouse gases, no adaptation will be possible. Photo by LBJ Library/Flickr
Previous story

The world cannot adapt its way out of the climate crisis, and counting on adaptation to limit damage is no substitute for urgently cutting greenhouse gases, a leading climate scientist has warned.

Katharine Hayhoe, chief scientist for the Nature Conservancy in the U.S. and professor at Texas Tech University, said the world was heading for dangers unseen in the 10,000 years of human civilization, and efforts to make the world more resilient were needed but by themselves could not soften the impact enough.

“People do not understand the magnitude of what is going on,” she said. “This will be greater than anything we have ever seen in the past. This will be unprecedented. Every living thing will be affected.”

While countries can start to adapt to some of the impacts, for instance with seawalls and flood barriers and by making their infrastructure more resilient to extreme weather, if global heating is allowed to continue, then the world will rapidly reach a point beyond what can be adapted to.

“If we continue with business-as-usual greenhouse gas emissions, there is no adaptation that is possible. You just can’t,” she said, in an interview with the Guardian.

These impacts would be felt across the world, she warned. “Our infrastructure, worth trillions of dollars, built over decades, was built for a planet that no longer exists,” she said. Changing that infrastructure would cost further trillions, so allowing greenhouse gas emissions to continue to grow would mean ever-rising impacts and costs.

The whole of modern life was at stake, she added. “Human civilization is based on the assumption of a stable climate,” she said. “But we are moving far beyond the stable range.”

Earlier this month, Stuart Kirk, the head of responsible investment at the global bank HSBC, made headlines by suggesting that financial institutions should discount the risks of the climate crisis as the world could adapt to its impacts. He noted that Amsterdam was built on land below sea level, and suggested that areas climate scientists have predicted would be vulnerable to inundation, such as Miami, could be similarly adapted to cope with the risk.

“Who cares if Miami is six metres underwater in 100 years?” he asked an investor conference. HSBC moved quickly to disown Kirk’s comments and suspend him. HSBC Asset Management’s chief executive, Nicolas Moreau, said Kirk’s remarks “do not reflect the views of HSBC Asset Management nor HSBC Group in any way,” and reiterated the bank’s commitment to reach net-zero emissions by 2050.

“HSBC regards climate change as one of the most serious emergencies facing the planet, and is committed to supporting its customers in their transition to net-zero and a sustainable future.”

Hayhoe, who has been a lead author on U.S. national climate assessments, said Kirk’s comments seemed to reflect an attitude that was gaining ground among “climate dismissers” who try to minimize the level of risk from climate change by saying the impacts would be manageable.

However, the world’s leading climate scientists, the Intergovernmental Panel on Climate Change, warned earlier this year that continued global heating, beyond 1.5 C above pre-industrial levels, would wreak devastation across the globe in the form of floods, droughts, heat waves and other extreme weather, with swathes of the planet becoming unsuitable for agriculture and effectively uninhabitable, causing extreme harm to human society in many places.

Hayhoe said the IPCC findings had not been broadly understood by many people. “This is an unprecedented experiment with the climate,” she said.

“The reality is that we will not have anything left that we value if we do not address the climate crisis.”

Reducing emissions AND enacting adaptation measures. It's not either / or. Some of us have been espousing this for years.

What we've seen as one result is the phenomenon where politician's talking heads yammer in one direction while their feet dance in the opposite. One day there will be a rebound on their rubber band ethics, but it is the people who will pay the price.