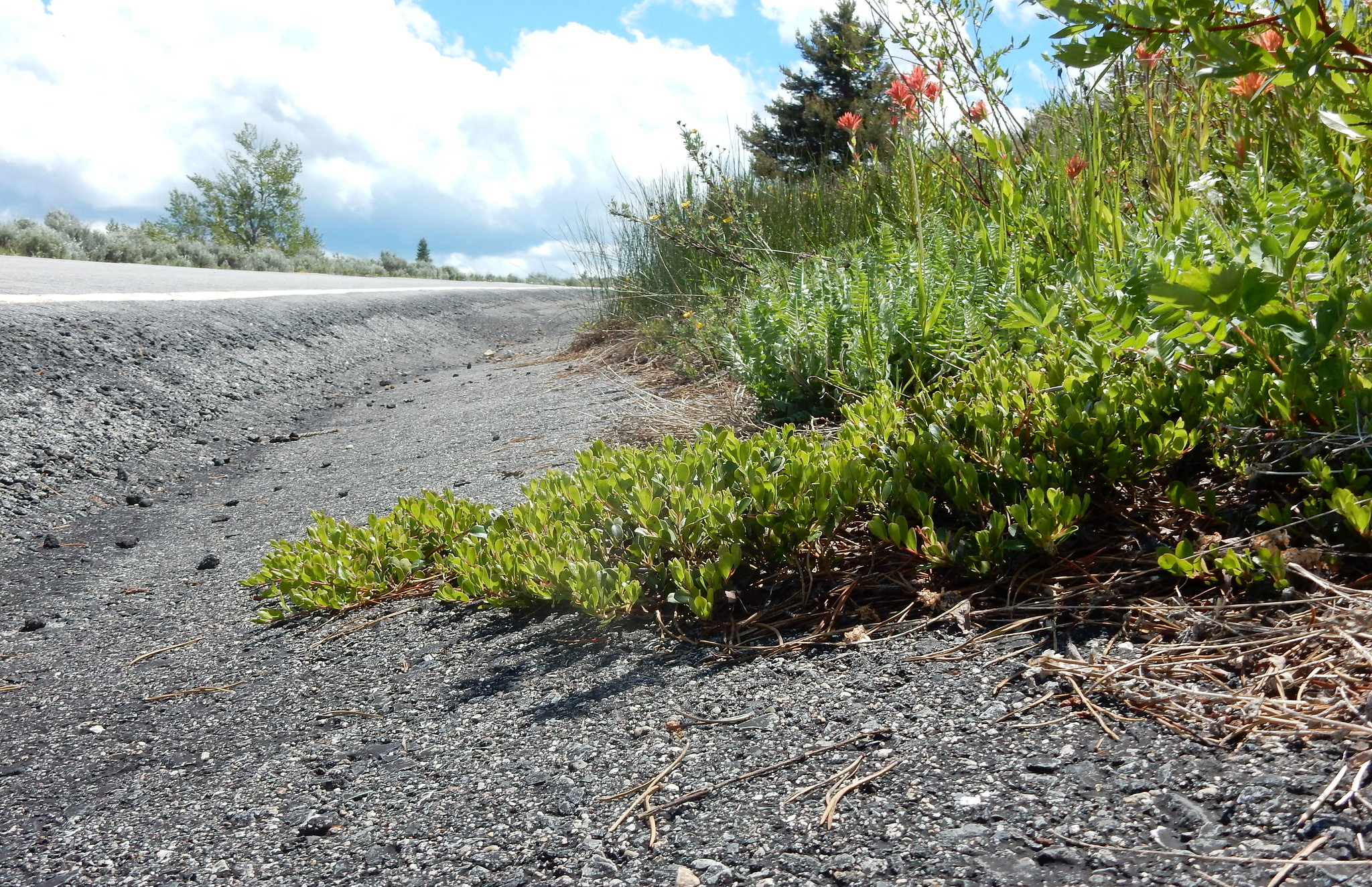 The federal two billion trees program also funds the planting of some shrubs when it benefits trees and restoration efforts. The result is low-lying shrubs like Kinnikinnick are recorded in tree planting reports. Photo by Matt Lavin/Flickr (CC BY-SA 2.0)
Previous story
Next story

Despite its name, the federal government’s two billion trees program is not being used exclusively to plant trees. Some of the money has gone toward shrubs and plants, according to data obtained by Canada’s National Observer through an access-to-information request.

Two forestry professors say the data reveals shrubs like blackberries and raspberries were planted in Ontario under the program, which was launched in 2021 to up Canada’s tree cover. The data obtained by Canada’s National Observer comes from planting reports submitted by program applicants between March 1, 2021 and April 1, 2022.

The Liberals’ major campaign promise to plant two billion trees by 2030 was introduced as a way to reduce greenhouse gas emissions because trees naturally pull carbon from the atmosphere and store it in their roots, leaves and wood. As of April 1, more than 13.8 million trees have been planted across the country, according to planting report data obtained by Canada’s National Observer.

Canada’s National Observer asked Natural Resources Canada why shrubs are being recorded in Ontario planting reports, noting Almas thought it “disingenuous” to plant shrubs under the program and not make that clear, given the smaller plants store less carbon. The department explained planting shrubs alongside trees supports their health and even survival, for example, when restoring urban forests and forest habitats.

After publication, Keean Nembhard, Natural Resource Minister Jonathan Wilkinson’s press secretary, contacted Canada’s National Observer to clarify “the shrubs that are potentially planted alongside trees are not counted towards the final 2 billion count of trees.”

When first contacted for the story, Natural Resources Canada did not explain the shrubs would not be included in the overall tree count. The department also initially said the line between what constitutes a tree and shrub is a fine one.

There is “a grey zone” for some species and “habitat or climate can make the difference between a woody plant taking the form of a shrub or a tree,” the initial Natural Resources Canada statement said. Generally, it says, a tree is a woody plant with one or few stems that grows to be at least 4.5 metres tall, whereas shrubs tend to produce multiple stems.

When asked why there was no public information on shrub planting when the program was announced, Nembhard said: “The planting of shrubs is incidental, and done for the protection of the trees; it has not been explicitly communicated because it’s not the main focus of the program.”

In an emailed statement to Canada’s National Observer, Natural Resources Canada noted there is “a grey zone” for some species and that “habitat or climate can make the difference between a woody plant taking the form of a shrub or a tree.”

“This program should promote trees, which are harder to grow and take a longer time,” Danijela Puric-Mladenovic told Canada’s National Observer before Nembhard’s clarification. Puric-Mladenovic is an assistant professor of forestry at the University of Toronto’s John H. Daniels Faculty of Architecture, Landscape, and Design. “Trees, by definition, live longer on the landscape… They sequester more (carbon) than shrubs.

“It's not huge numbers, but still, don't make a joke with this program.”

Depending on who you ask, some shrubs could be considered small trees, but there are plants reported under the program that are “clearly not ever trees,” said Almas, referring to steeplebush, common ninebark and Kinnikinnick.

Large trees provide “far more ecosystem services” — such as storing planet-warming carbon and preventing erosion — than small trees, and shrubs are even smaller than that, said Almas. Erosion control is particularly important as large rain events become more frequent and severe with climate change, he added.

Natural Resources Canada’s statement clarified that the two billion tree program will cover up to 15 per cent of total project costs for shrubs as long as they don’t outnumber trees planted, will help protect trees or are a native species and an “essential component for habitat restoration objectives.”

The program’s stated goal is to grow Canada’s tree cover by an area twice the size of Prince Edward Island, and in some situations — like restoring urban forests and forest habitats — planting shrubs alongside trees is important for the health and even the survival of trees, the email explained. Planting trees also comes with a host of other benefits, including creating greener communities for Canadians, improving human well-being and supporting biodiversity.

Almas and Puric-Mladenovic agree planting a variety of shrubs, trees and plants together is best practice for ecosystem restoration and overall resilience, but say that goes against the spirit of the two billion trees program.

It would be better to plant the two billion trees as promised and put more money into planting complementary species alongside the trees, he said.

Nembhard responded after publication that “enough funds will be spent to ultimately plant two billion trees.” The $3.16 billion earmarked for the 10-year program remains the same, but Nembhard said, “it always encompassed activities that would keep trees healthy,” which includes planting shrubs when appropriate.

In many cases, where trees are planted, shrubs will naturally grow as birds and other animals distribute seeds across the landscape, said Almas. However, there are also scenarios where invasive plants will force out native species, which is when planting shrubs can be helpful, he added.

When asked how the department would differentiate between trees, shrubs and plants, Nembhard said: “A review panel assembled by (Natural Resources Canada) and composed of experts in the forestry sector reviews both the proposals and submitted reports of third parties regarding what can be classified as a tree and what is to be classified as a shrub.”

This story has been updated to include comments made after publication by Keean Nembhard, Natural Resource Minister Jonathan Wilkinson’s press secretary, that were not reflected in the department’s initial response to Canada’s National Observer’s questions about the planting of shrubs and plants under the two billion trees program.

Are split-ends hair or just

The oldest known plant is the creosote bush native to arid regions of the USA. The typical circular habit of the plant is the outer, most recent edge of a radially coppicing clone colony originating from a primal woody stem which germinated up to 12,000 years ago.

Somebody’s getting their semantic knickers in a twist. Granted, the CO2-sequestration of establishing forests objective is trite without respect the whole ecosystem of which tall, single-stem, woody perennials (some kinds of trees) are only a part. And Kinnikinnick truly is diminutive compared to its close relative (with which it sometimes hybridizes), hairy manzanita or the majestic Pacific Madrone (all in the Heath Family, like salal another ubiquitous, component of the forest sub-canopy, but it is woody, does shade the ground, lives a long time, and fills its niche in the forest ecosystem. At least it can persist under tree canopy on very dry sites—a two-for-one deal. Doesn’t that make it a significant contributor towards the objectives, whatever they are, of the policy. Oh, and it can also be assigned a number—a very important aspect of the “two billion.”

It seems there’s an interpretive dispute regarding what “forest cover” (which the prostrate woody perennial Kinnikinnick covers as well as, say, a big-leaf maple whose crown is way off the ground), “ecological restoration” (which, one would expect, be inclusive of lesser woody stems which also cast shade on the ground—the most important silvical metric), and “CO2-sequestration” (which all plants do for varying lengths of time, some shrubs outliving some single-bole trees) actually means. Perhaps the definitions need simply be re-articulated: presto! All fixed!!

This is obviously a tempest in a tree-pot.