Well over 600,000 people may be signed up to vote for new Conservative leader 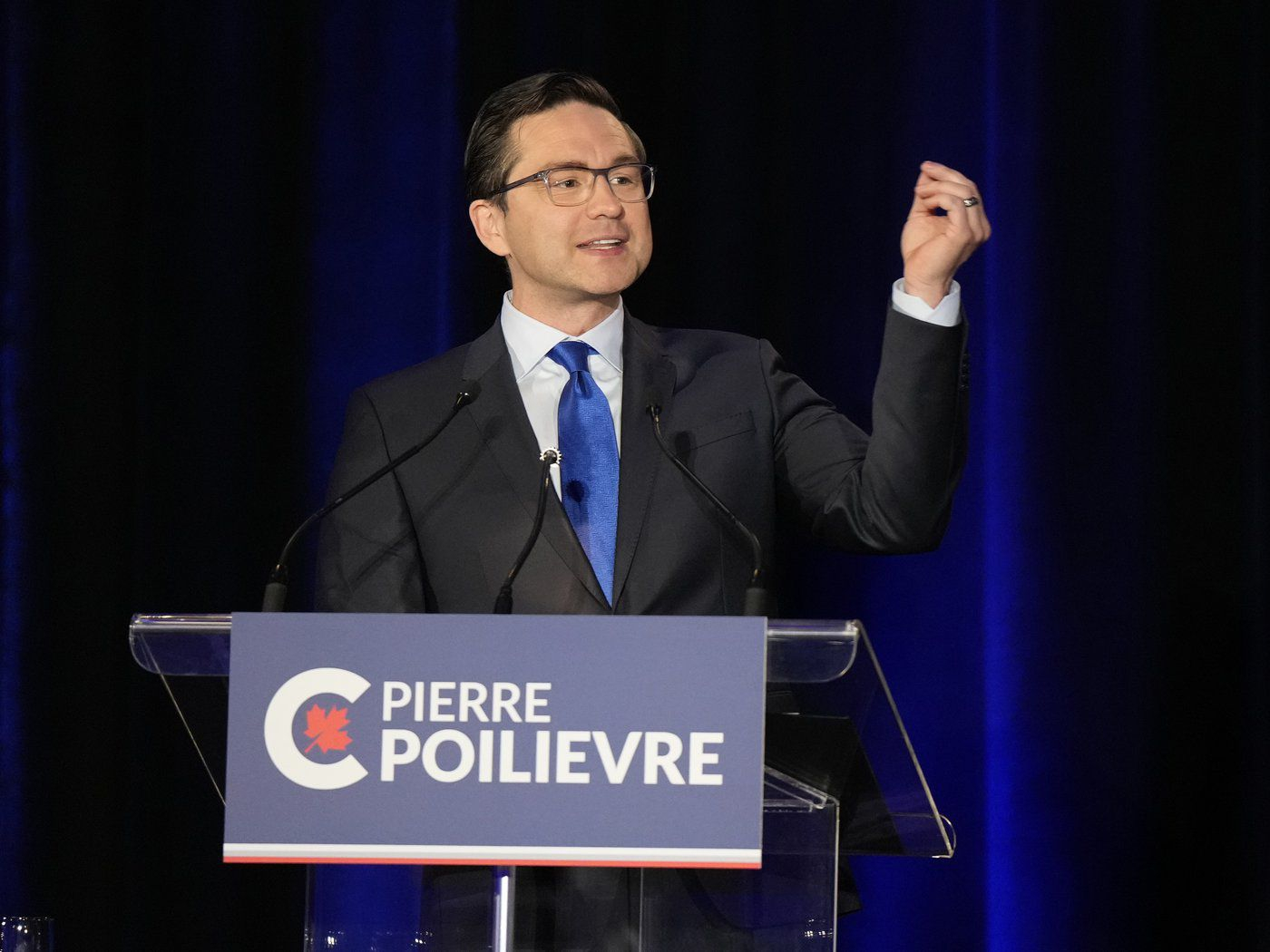 Pierre Poilievre takes part in the Conservative Party of Canada French-language leadership debate in Laval, Quebec on on Wednesday, May 25, 2022. File photo by The Canadian Press/Ryan Remiorz
Previous story

If unverified membership numbers hold true, the path to becoming the next leader of the Conservative Party of Canada is becoming precariously narrow for all but front-runner Pierre Poilievre, several strategists suggest, but the path is still there.

Well over 600,000 voters may be eligible to vote for the next leader, the Conservative party said Thursday, and Poilievre claims to have signed up more than 310,000 of them.

Those preliminary figures are more than double the number of members leadership hopefuls wrangled in the 2020 leadership race. At that time, the party smashed its record for the largest membership eligible to vote in a leadership election in Canadian history, with 270,000 eligible voters.

"It's unprecedented for a candidate to more than double the party membership and (Poilievre) did slightly more than that," said conservative strategist Michael Diamond, adding that opponents will have a "very uphill climb."

If the numbers are accurate, the Poilievre camp is in a good position to win the leadership, said former Conservative strategist Tim Powers, but it's too early to declare victory.

The final decision will depend not only on the number of votes each candidate gets but where those voters live in the country. Each riding is worth 100 points, except in areas with fewer than 100 members.

Leadership candidates will be awarded points based on the percentage of the vote in each electoral district. They need a majority of points from across the country to win.

"It is possible for others to win because it's also about voter efficiency," Powers said.

While the campaign may seem quiet now, veteran conservative campaigner Melanie Paradis expects it will be a very hot, busy summer as soon as the party releases the voter lists to the campaigns. That's when they will aggressively go after newly registered members.

Well over 600,000 voters may be eligible to cast ballot for next Conservative leader. #CDNPoli #CPC #ConservativeLeadership #memberships

"As soon as they get that list, everyone's just gonna go nuts. They're all keeping their powder dry right now because there's no point in burning their attacks."

The question of when that list gets released is a major point of contention for some camps.

The party still needs to verify the memberships, prepare a preliminary voters list and give campaigns a chance to challenge memberships they don't think should make the cut before the voter list can be finalized.

The party said it has been able to scale up operations to manage the increased membership numbers.

But Baber said he's been told the preliminary list won't be released until July, and the party expects to start sending out ballot packages in late July and early August.

"What is essentially happening is the party is effectively shielding access to all these new members, in that the window remaining to approach them before the vote, in some cases, will be less than a few weeks," Baber said Thursday.

Powers joked that candidates could soon be looking for their Watergate moment, "looking to break into Poilievre campaign headquarters and get that list."

Candidates also appear to be keen to get Poilievre back on the debate stage, with five of the six calling for another chance to express their vision to voters.

Diamond said those candidates may be hoping that Poilievre would stumble if they all take the stage again, "which is far from a sure thing."

At the end of the day, the winner could come down to their camp's ability to actually convince their supporters to cast their ballots, Paradis said.

"Are we going to convince 600,000 people to photocopy their driver's licence and put it in the mail?" she asked.

With several campaigns running on a message that erodes trust in institutions, that may be an even more difficult proposition than usual, she said.

"You can see how that can become a problem," she said.

Completed ballots must be received in Ottawa no later than Sept. 6. The final votes will be tallied Sept. 10.

Conservative party president Rob Batherson said he appreciates the work of the candidates in growing the party membership across Canada.

"Canadians are joining the Conservative Party of Canada in record numbers because they want change from a Justin Trudeau-Jagmeet Singh alliance that is making everything more expensive for everyone — especially workers, families and seniors.”

This report by The Canadian Press was first published June 9, 2022.