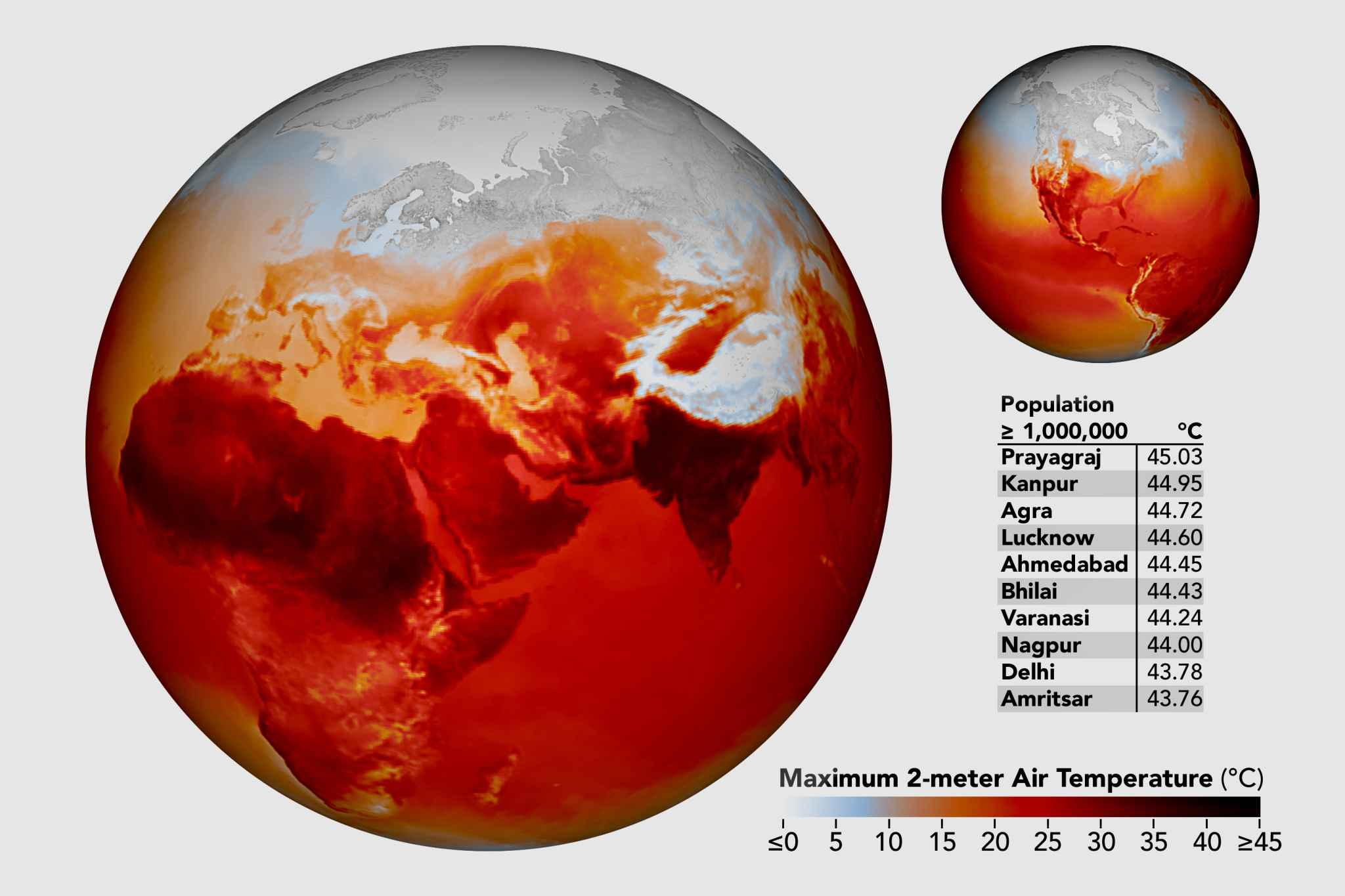 The death panel report is a grotesquerie, cataloging just how miserably unfair climate change is to the vulnerable. In addition to failures in preparation and response, the coroners found that most of the 619 climate victims in B.C. were elders and neighbours with medical conditions, typically living in “socially or materially deprived neighbourhoods.”

Most died alone, baked to death in their homes. The report found 83 per cent had already died by the time paramedics arrived, or died at the scene.

Tragically, the death and suffering was largely avoidable because solutions are readily at hand: mass deployment of heat pumps and home retrofits, which address both the impacts and cause of climate change.

As you probably know, the poorly named heat pump is almost magic: over 100 per cent efficient, runs on electricity and, crucially, provides heat as well as air conditioning.

This week, U.S. President Joe Biden put heat pumps on something of a war footing by activating America’s Defense Production Act. By executive order, the United States will now flow money through the Department of Energy to mobilize domestic manufacturing of heat pumps.

Heat pumps on a war footing. Sounds like something from A Good War, the book by climate mobilization advocate Seth Klein, a columnist here at Canada’s National Observer.

“This is what it starts to look like when a government uses its powers not merely to incentivize but to order the production and deployment of technology needed to hasten the energy transition,” Seth told me.

The B.C. coroners’ report urged governments to change building codes, an important and necessary step, but also inadequate since it doesn’t fix the buildings we’ve already built. We need performance standards to upgrade existing buildings too, and a bird’s-eye look at any city shows just what a gargantuan task that will be.

At our current pace, Efficiency Canada estimates it will take 142 years to retrofit all residential buildings and 71 years for businesses.

It’s the kind of situation crying out for true mobilization. Efficiency Canada has proposed an innovative “climate retrofit mission” for Canada, aggregating neighbourhoods or similar building types into large-scale projects to trigger economies of scale and learning. The organization figures we could eliminate fossil fuels in buildings while freeing up 50 TWh of clean electricity and preparing homes for climate change. As an added benefit, buildings would be much healthier because we would get rid of the gas leaks poisoning residents.

Earlier this year, we caught up with the Heiltsuk Nation in B.C. The Heiltsuk are on track to have heat pumps in 95 per cent of community homes in Bella Bella by the end of this year, mirroring similar success in Haida Gwaii.

The feds announced the first federal carbon offset program this week in what’s expected to be a series of offset protocols covering various sectors. This one will create credits when municipal landfills capture methane instead of venting it into the atmosphere. Companies paying the federal carbon price can then buy those credits to reduce the amount they’re paying.

Offsets are always complicated and often bogus. It says a lot about the state of climate policy at the provincial and municipal levels that offsets for landfill capture are even on the table — surely this is one area where governments should be ordering, not incentivizing.

Canada Post will switch its 14,000 vehicles to electric and also announced a plan to retrofit its existing buildings, build new net-zero ones and test other vehicles like electric cargo trikes.

We owe a big round of applause to the Canadian Union of Postal Workers and its members who have spent years campaigning to get us to this day.

“Today’s announcement from Canada Post is a welcome one. The Union has been advocating for a greener Canada Post for many years through our campaign Delivering Community Power.

“As one of the country’s largest publicly owned corporations, Canada Post can and should lead the way to emissions reductions and good green manufacturing jobs by leveraging its huge fleet, buildings, and assets. We need industry-changing solutions to fight climate change and save the planet. The Corporation has taken a good first step, and the Union will hold them accountable to meet and even exceed these targets.”

(Canada Post hasn’t committed to complete its fleet electrification until 2040, so perhaps some “exceeding targets” is in order.)

“Canadians stand to lose over $100 billion in the energy transition as investors around the world continue to pour money into fossil fuel assets that will eventually become worthless,” writes John Woodside, reporting on a new study published in Nature Climate Change.

The authors traced 40,000 assets back to their ultimate owners, including people with retirement savings in funds like the Canada Pension Plan. Globally, investors risk losing as much as a gobsmacking $1.76 trillion.

Organizations representing over half a million health-care workers called on the federal government to ban fossil fuel advertising this week and launched a campaign called Fossil Fuel Ads Make Us Sick.

Today, we are LAUNCHING our new campaign demanding a ban on #fossilfuel ads in Canada!

The signatories include The College of Family Physicians of Canada, the Canadian Federation of Nurses Unions, Doctors of BC and the Canadian Association of Physicians for the Environment (CAPE).

The European Parliament voted to require automakers to cut carbon dioxide emission 100 per cent by 2035. The EU lawmakers also endorsed a 55 per cent cut in CO2 from cars by 2030.

“The mandate would amount to a prohibition on the sale in the 27-nation EU of new cars powered by gasoline or diesel,” reports The Associated Press.

In another significant move, solar panels would be mandatory on all new buildings in Europe as part of the European Commission’s REPowerEU plan to end reliance on Russian fossil fuels by 2027.

You will have heard about the food crisis caused by Russia’s invasion of Ukraine and its blockade in the Black Sea. Putin’s invasion is causing grain shortages and driving up food prices — and all of that is happening on top of the worsening impacts of climate change.

'60% of the recent food price inflation occurred before Putin invaded Ukraine. The climate crisis was lurking behind almost every food emergency that the WFP is dealing with.'#ClimateCrisis #food #inflation #NEWShttps://t.co/ADLnLjNaSe

I can certainly understand if you can’t bear to read it, but Only God can help is a heart-wrenching reminder that climate change isn’t really about government policies and clean energy stories, it’s a matter of life and death:

“No mother should have to lose her child. Owliyo Hassan Salaad has watched four die this year. A drought in the Horn of Africa has taken them, one by one.”

The biggest solar project in Canada is nearing completion in southern Alberta. Travers Solar will have 1.3 million solar panels in Vulcan County this fall. The Travers project is getting attention because it’s record-setting, but it is far from alone in Alberta where both wind and solar are redefining the notion of an energy boom.

Indigenous power for the Yukon

The Taku River Tlingit First Nation has a hydropower project near Atlin that’s been a showcase for Indigenous clean energy. Now it’s getting a 9.2 megawatt expansion and a transmission line to deliver power to the Yukon grid. The Taku River Tlingit will build, own and operate the project, reports Windspeaker’s Sam Laskaris.

The expansion is largely funded by the Canada Infrastructure Bank, which has $1 billion from the feds to invest in partnership with Indigenous communities.

And another win for Windsor

“As we build off the success that the coming EV battery production facility will bring, administration and council is focused on entrenching these wins and building up an entire cluster of supply chain industries right here in Windsor,” Mayor Drew Dilkens told the Windsor Star.

Toronto hospital in the sewer

On the theme of heat pumps at scale, Toronto Western Hospital got shovels in the ground, literally.

Toronto Western is digging a hole 35 feet wide and 165 feet deep to tap into heat from wastewater and then use heat pumps to supply 90 per cent of the heating and cooling for the hospital buildings.

The company behind the project, Noventa Energy Partners, claims it’s the world’s largest energy transfer system from raw wastewater. It’s another project backed by the Canada Infrastructure Bank, along with Vancity. Noventa and Toronto Mayor John Tory say there are similar projects being negotiated with other public institutions, including hospitals and universities.

I’ll leave you this week with a recommendation for a conversation/debate on Outrage + Optimism, hosted by the indomitable Christiana Figueres, a lead architect of the Paris Agreement. Christiana grills Tzeporah Berman (yes, my wife) on the prospects for a new treaty to wind down fossil fuel production.

Honoured to be on @OutrageOptimism with @CFigueres @tomcarnac + Paul Dickinson talking about @fossiltreaty and how the world can manage an equitable wind down of oil, gas and coal. https://t.co/wv8S7zOsjj

That’s all for this week. Thank you for reading Zero Carbon. Please forward it along and write to me with feedback or suggestions at [email protected]

Best hopes for the indigenous

Best hopes for the indigenous community heat-pump projects. The one in Skidegate, that the Observer made so much about, was actually a little embarrassing. It was easy to google up the post-project review by the government that showed it had increased diesel consumption, because the heat pumps need power, and that's the only source, the dirtiest power of them all.

Since the heat pumps replaced fireplaces (the elders didn't have to chop wood anymore, was the main reason for the project), it was actually a climate-negative project, until Skidegate can get some green electricity.