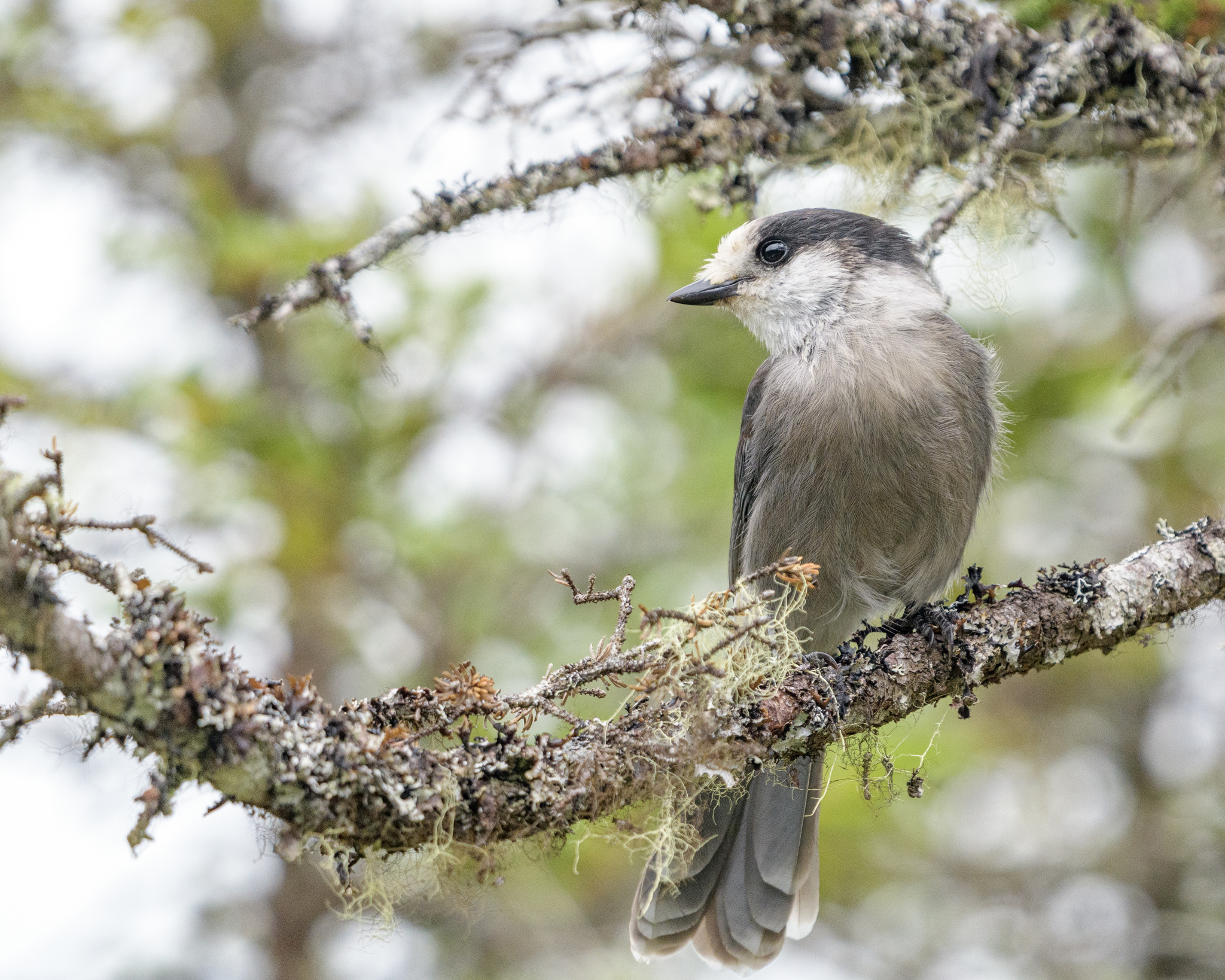 A retired ornithologist says Canada needs a national bird and he thinks the Canada jay is the perfect choice. Photo by Becky Matsubara / Flickr (CC BY 2.0)
Previous story
Next story

He’s got a special bird in mind, of course. Bird says the ideal candidate is the Canada jay, also known as the whisky jack.

Beyond having “Canada'' in its name, these hardy songbirds are found in every province and territory. They are perhaps best known for landing on the heads or outstretched hands of birdwatchers. A member of the jay and crow family, the whisky jack is arguably one of “the smartest birds on the planet,” says Bird.

The idea first struck him in 2009. South of the border, Americans take great pride in the majestic bald eagle, but while Canada boasts prominent national symbols like the beaver and maple leaf, it’s never named a national bird.

On June 9, all 338 federal MPs — including Environment Minister Steven Guilbeault and Heritage Minister Pablo Rodriguez — were given an 80-page book chock full of pictures of the friendly grey birds and reasons why Canada should adopt this distinctive creature as our national bird.

One of the pictures captures Bird’s favourite encounter with a whisky jack. With the little bird perched on his palm in light snowfall, “the look on my face was almost beatific,” he recounts.

He sees that same look of bliss and excitement on the faces of folks who submit pictures of their encounters with the bird.

“That's what these birds do to you,” he says. “They're so friendly and trusting and curious… There's no other bird that does that with Canadians.”

The Canada jay’s range almost mimics Canada’s borders, and they actually depend on the cold Canadian winters to store their food, says Bird.

A retired ornithologist, aptly named David Bird, believes Canada needs a national bird and he’s lobbying federal ministers to name one. He thinks it should be the Canada jay: a hardy grey songbird found in all the provinces and territories.

“They have sticky spit, and they stick seeds and fungi and other tasty berries and other tasty food items underneath the bark of trees above the snowline,” he explains. These clever birds also remember exactly where their food stashes are hiding.

Another reason Bird says the Canada jay deserves to be the national bird is that the commonly used moniker, “whisky jack,” is derived from words in the Algonquian family of Indigenous languages.

In 2016, the whisky jack soared to victory in a contest hosted by the Royal Canadian Geographic Society to name a national bird. It beat out the snowy owl, black-capped chickadee, iconic common loon and infamous Canada goose.

Over 50,000 Canadians cast a ballot, and though the whisky jack came in third place behind the common loon and snowy owl, it was ultimately chosen because the loon and snowy owl are already Ontario’s and Quebec’s official birds, respectively.

Bird doesn’t expect the federal government to declare a national bird overnight — there are plenty of issues on the go like COVID-19 and the war in Ukraine — but hopes to see it happen in a year or so.

“I think Canadians deserve some light news and good news,” he says.

“These birds are incredibly intelligent. They're loyal, they're tough and friendly. You couldn't find a more Canadian bird.”

I never heard of them.

I never heard of them. Canada geese, on the other hand, I see all the time.