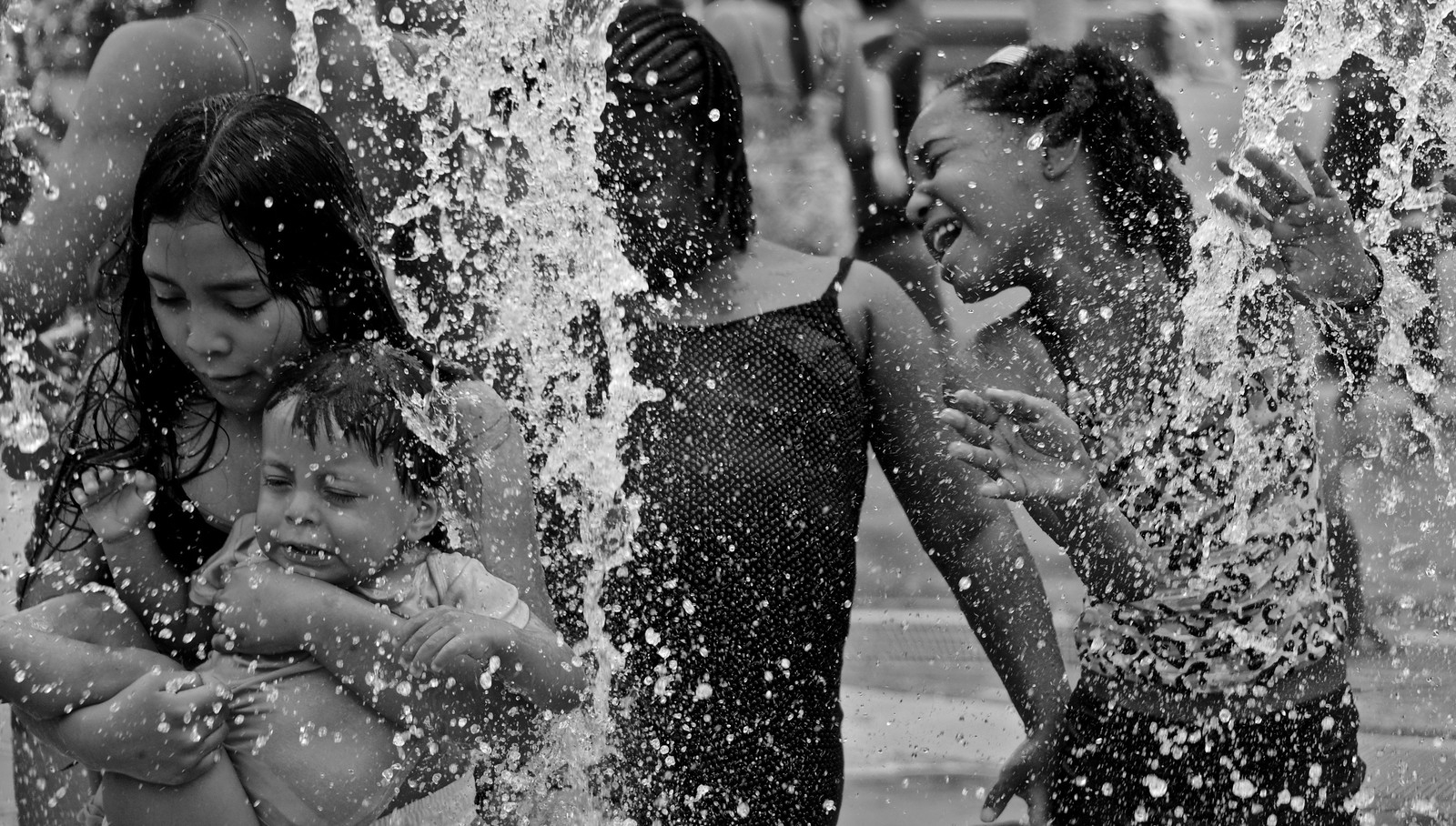 Kids of all ages enjoy the Centennial Olympic Fountain in Atlanta, Ga. More than 100 million Americans have been advised to stay indoors amid record-breaking heat. Photo by Tom Driggers / Flickr
Previous story

More than 100 million Americans have been advised to stay indoors amid record-breaking heat, with experts warning that such temperatures could become the norm amid the climate crisis.

By last Wednesday as many as 107.5 million people, more than a third of the U.S. population, had been warned to stay inside as a potentially lethal combination of extreme heat and humidity settled over much of the country.

The heat wave stretched from parts of the Gulf Coast in the south to the Great Lakes in the Midwest, the National Weather Service (NWS) Prediction Center said.

Record high temperatures were set throughout the U.S., particularly in the southwest, prompting cities to try to find ways to cope with potentially lethal heat.

In Las Vegas, Nev., temperatures reached a high of 43 C, tying a record set in 1956. The NWS warned that temperatures could rise higher.

In Denver, Colo., temperatures passed 38 C, tying records set in 2013 for the highest temperature and the earliest day to reach that mark.

Over a third of #US population urged to stay indoors amid record-breaking #heat. #USWeather #ExtremeWeather #ClimateCrisis

Cities in the Midwest have also struggled, with government officials racing to provide cooling options for vulnerable people.

Chicago, where three women died during a heat wave last month, opened cooling centres throughout much of the city as temperatures reached 38 C on Tuesday.

City officials said its 75 public libraries were available to residents needing to cool down amid concerns about a failure to properly protect civilians during dangerous temperatures.

In Minneapolis, at least 14 schools without air conditioning were forced to give lessons remotely as the city prepared for temperatures in the high 90s.

“We’ve had some prior heat waves this year but not as intense as this one or as long,” said NWS meteorologist Alex Tardy in a video briefing.

Warning that hotter weather will continue into mid-June, Tardy said: “These are significant temperatures and temperatures that are dangerous to everyone if you don’t take precautions.”

Scientists have repeatedly warned that recurring and intense heat waves could become the norm as the climate crisis intensifies.

Other symptoms of increasing temperatures, including wildfires and extreme flooding, have occurred in recent weeks.

Wildfires, predicted to increase by a third by 2050, have erupted across southwestern states. According to the National Interagency Fire Center, more than 2.5 million acres of land have burned this year, more than double the total last year.

In Arizona, officials have estimated that more than 24,000 acres of land had been blackened by wildfires burning in the northern part of the state. Amid a series of fires that ignited last Sunday, around 2,500 homes were evacuated and two structures damaged, said Aaron Graeser, incident commander for the blaze.

About 300 people were evacuated in California as wildfires sparked over the weekend swept a mountainous area northeast of Los Angeles, the biggest city in the state. Blazes throughout the dry region covered more than 990 acres.

Fire officials from municipal, county and state agencies gathered in Los Angeles on Friday to warn about the increasing threat of wildfires amid record temperatures and ongoing drought.

The most severely affected area of the national park, its northern section, may remain closed for the rest of the summer, officials said.