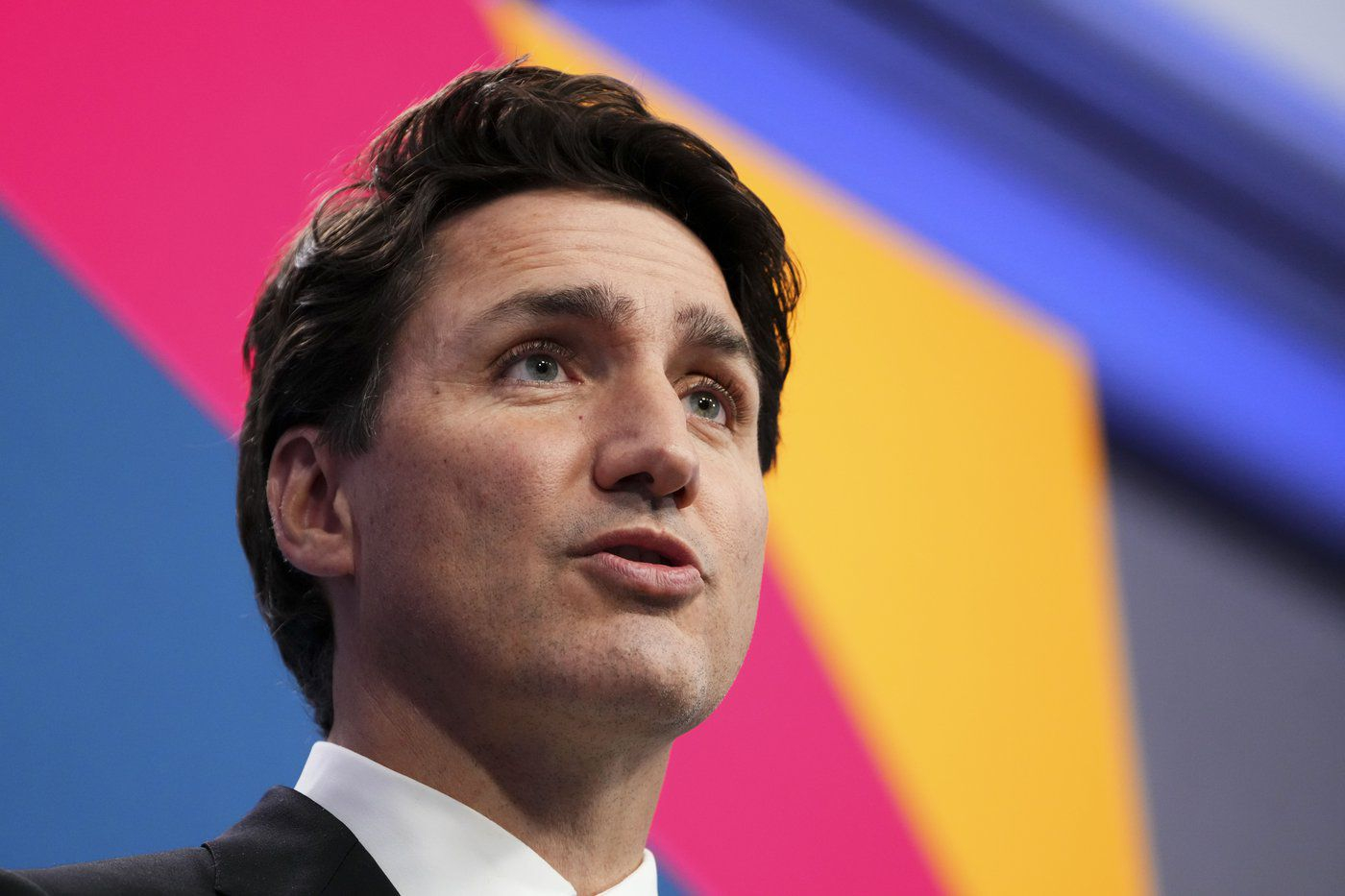 Prime Minister Justin Trudeau is on his way to Rwanda for the first leg of a 10-day trip to confer with other world leaders as the war in Ukraine is expected to loom large over nearly all his discussions.

Trudeau is expected to arrive in Kigali, the capital, on Wednesday evening, where he will gather with the heads of government from the other 53 countries in the Commonwealth for the first time since 2018.

The original meeting, planned for 2020, was like so much else put off by the COVID-19 pandemic that is still an important backdrop to the talks.

He will then depart for Schloss Elmau, a resort in the Bavarian Alps of Germany, for the G7 leaders' summit before heading to a NATO meeting in Madrid. He will also meet Pedro Sánchez, the prime minister of Spain.

The consequences of Russia's large-scale invasion of Ukraine, which began on Feb. 24, have been felt around the globe -- particularly in some of the smaller nations whose leaders Trudeau will meet in Kigali.

The conflict sparked a massive refugee crisis. It also limited other countries' access to wheat from Ukraine, often referred to as the breadbasket of Europe because of its significant food production.

African countries, 19 of which are Commonwealth members, have faced especially severe food insecurity as a result. The UN World Food Program has warned that millions of people in the developing world and conflict zones are in danger of starvation.

Before the war, Russia and Ukraine produced about 30 per cent of the world's exported grain. The closure of key ports in the Black Sea has made it difficult to ship those goods to the countries that need them.

Canada will work along several lines to alleviate the food crisis that has been sparked by the war, said government officials who provided media with a briefing ahead of the trip on the condition they not be identified.

Canada has already extended humanitarian support to Ukraine and elsewhere, officials said, and can draw on Canadian farmers' expertise in storing and shipping crops in difficult situations to help Ukrainian grain reach those who need it.

They also noted Canada grows a significant amount of grain.

Trudeau spoke about potential measures during a phone call last week with Rwanda's President Paul Kagame, who will be hosting the Commonwealth Heads of Government Meeting.

Canada will also be rallying support for Ukraine among Commonwealth members and attempt to win over any leaders who may be on the fence about condemning Russia.

When the United Nations voted to suspend Russia from the human rights council in April, 58 countries abstained from the vote. Of those, 29 were Commonwealth countries.

Still, the Ukrainian Canadian Congress said they expect Trudeau to spur other leads into action when he is in Germany and Spain.

Congress head Ihor Michalchyshyn said he spoke to Ukrainian defence officials in a recent trip to Kyiv, who highlighted the dire situation they're facing with dwindling military equipment.

"They don't have enough weapons. They've been actually saying that they're going to run out of ammunition in coming weeks and months," Michalchyshyn said.

"If there's nothing of substance announced and operationalized there, the rhetoric is empty."

Ukraine President Volodymyr Zelenskyy is expected to address the G7 and NATO summits, where the conversation will be largely focused on economic and military support for the embattled country.

Several world leaders have met with Zelenskyy in the lead-up to the string of summits, including British Prime Minister Boris Johnson who made a surprise visit to Kyiv last week.

Johnson promised more British military training for Ukrainian troops, which is something Michalchyshyn said Canada could do more on too.

Trudeau made his own unannounced trip to Ukraine last month.

As of the end of January, 33,346 candidates for the Security Forces of Ukraine have participated in Canada's training program, called Operation Unifier, since Sept. 2015.

"Operation Unifier was something that had been one of Canada's biggest contributions to Ukrainian defence over the past number of years," Michalchyshyn said. "Canada should be, at this point, following the lead to work on the areas where we are the strongest."

Latvian Prime Minister Krisjanis Karins pressed Trudeau during his visit to Canada last month for a more permanent military presence in the Baltics to counter any Russian perceptions of NATO weakness in the area.

Canada currently has nearly 700 troops leading a NATO battlegroup in Latvia, one of several in the region. At a joint news conference with Karins in Ottawa, Trudeau announced one general and six staff officers from the Canadian Armed Forces would be deployed to a NATO headquarters in Adazi near the Latvian capital of Riga, but deferred any major decisions to the NATO talks.

The serious conflict between Ukraine and Russia has drawn more countries to the coming NATO meeting in Madrid, including Japanese Prime Minister Fumio Kishida. He is he first Japanese leader to join a top meeting of the North Atlantic military alliance.

Sweden and Finland, which have applied to join NATO, are sending delegations. South Korea's new President Yoon Suk-yeol has also signalled his intention to attend.

Trudeau is expected to return to Ottawa on June 30, in time for Canada Day celebrations.