Trudeau in Rwanda to seek Commonwealth consensus on war in Ukraine 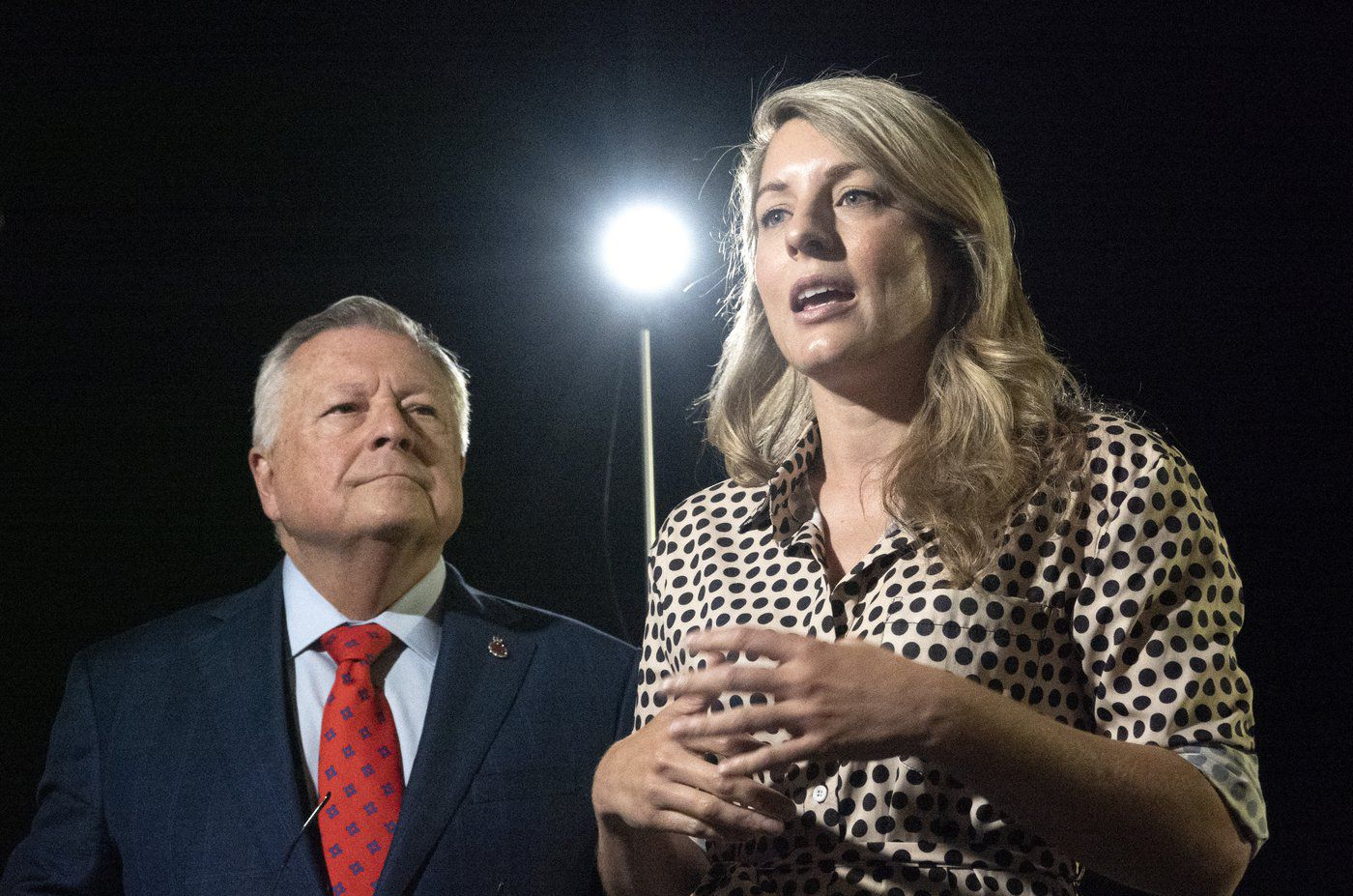 Minister of Foreign Affairs Melanie Joly responds to questions next to Ralph Goodale, High Commissioner for Canada in Great Britain, during a news conference in Kigali, Rwanda on June 22, 2022. Photo by The Canadian Press/Paul Chiasson
Previous story

Prime Minister Justin Trudeau paid his respects to victims of the 1994 Rwandan Genocide in Kigali, Rwanda where he is attempting to build consensus with Commonwealth nations to prevent a new humanitarian crisis.

Trudeau is the first Canadian Prime Minister to visit the Kigali Genocide Memorial, which serves as the final resting place of more than 250,000 victims.

Trudeau laid a wreath at one of the tombs and crossed himself as members of the Rwandan military stood guard and played a somber melody on the bugle horn.

More than 800,000 were killed over 100 days, including Tutsis, moderate Hutus and others during the conflict.

Trudeau is in Rwanda for the Commonwealth Heads of Government Meeting where he hopes to rally support for Ukraine in its fight against the Russian invasion, and provide support to combat the geopolitical fallout of the conflict.

The Commonwealth is made up of 54 independent nations with historic ties to the British Crown, which together represent about 2.5 billion people.

The countries range from some of the richest economies in the world to some of the poorest.

Several of those poorer countries in the Commonwealth have felt the pangs of famine that's becoming a pressing issue around the world as access to grain from Ukraine and Russia have been limited by the war.

It will be an opportunity to try win support for an unlikely Commonwealth consensus on the conflict between Ukraine and Russia.

Rwanda was one of 10 Commonwealth countries who abstained from a United Nations vote to condemn Russia's actions in Ukraine in March.

Canada's High Commissioner to the United Kingdom Ralph Goodale says the Canadian delegation hopes to make an impact in critical conversations about the conflict, as well as other key issues like food security and climate change.

Goodale, who serves on the board of governors of the Commonwealth, says Canada has a larger platform to stand on at the summit because other international powers like the United States, Russia and China are not there.

"We will have important contributions to make to some very critical international discussions," Goodale told reporters in Kigali on Wednesday.

"There are countries in the Commonwealth that are very directly affected by the threat of starvation. And that's brought on by a lot of factors, including climate change, but it's particularly now the consequence of the war in Ukraine and Russia's aggression," Goodale said.

"It's critically important for Canada to have the opportunity in a forum like this, where you really see the impact of the war in Ukraine, for Canada's voice to be there."

This will be the first time Commonwealth Heads of Government have met in person since 2018. The 2020 summit, like most events, was postponed because of the COVID-19 pandemic.

Trudeau arrived in Kigali on Wednesday but the official welcome ceremony begins Friday. Leaders are expected to sit down for a series of closed-door meetings Friday and Saturday.

Though many world leaders, including British Prime Minister Boris Johnson, are expected to be in attendance for the summit discussions, other leaders have opted to stay home.

This report by The Canadian Press was first published June 23, 2022.