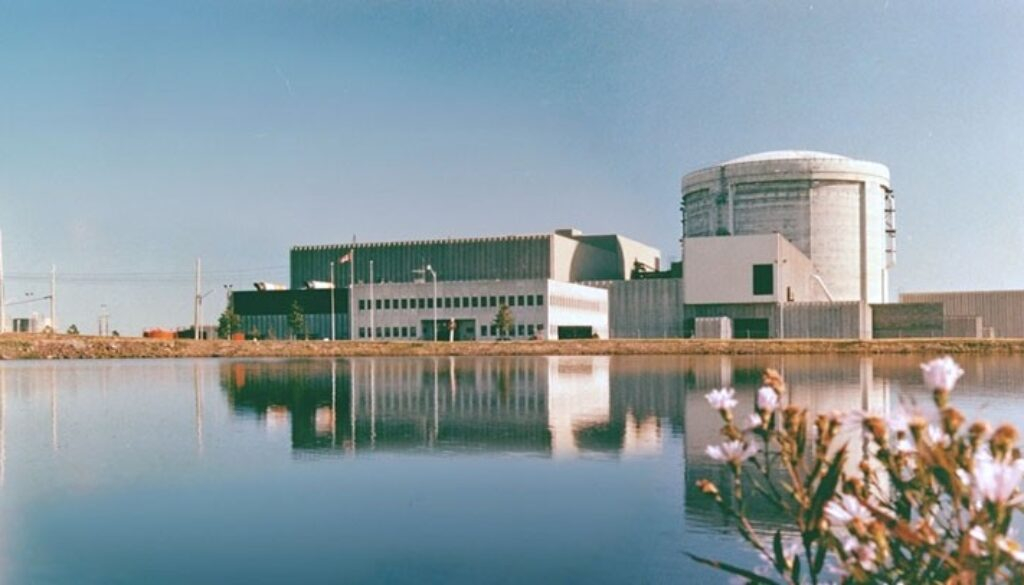 After public hearings aired numerous concerns about the future of the Point Lepreau Nuclear Generating Station in New Brunswick, opponents are disappointed its licence will be extended 10 years.

Coming into operation in the 1980s, the station is one of four in Canada and the only nuclear power station outside of Ontario. Consisting of a heavy-water CANDU reactor that generates power, Point Lepreau’s current licence is ending, so the Canadian Nuclear Safety Commission (CNSC) was required to grant a new one. The current licence was for five years, as was the one before that.

The Coalition for Responsible Energy Development in New Brunswick (CRED-NB) and the Canadian Environmental Law Association (CELA) are concerned, noting the longer term will reduce the number of public hearings, which are required when a licence expires. It also means more years of creating nuclear waste, for which there is currently no long-term storage plan.

However, NB Power asked for a 25-year renewal, which the groups say would have been worse. CNSC staff initially recommended a 20-year term.

At public hearings in May, the Passamaquoddy, whose traditional territory includes Point Lepreau, suggested a three-year extension. Chief Hugh Akagi is concerned about waste from the nuclear reactor, which is now stored at the Point Lepreau site but will need to be moved elsewhere, stressing the nation has never given consent for it to be stored on the territory.

“The new licence gives NB Power the ability to create and store 10 more years of fresh and dangerous high-level waste on our territory. This is not acceptable,” said Akagi.

“Though we do believe we had some influence on the decision, given that NB Power's request was for a 25-year licence, our efforts did not result in Canada meeting its own legal and related obligations to the nation. We should not be put in the position of having to point this out.”

Along with the extension of the reactor operations, NB Power is planning on building two small modular nuclear reactors (SMRs) in the next decade. SMRs — a portable nuclear technology still in development — are costly, experimental and produce toxic waste. Those who oppose the technology say any potential benefits it might have in slashing greenhouse gas emissions wouldn’t be felt soon enough to contribute to Canada’s climate targets.

"This longer licence ignores that SMRs could present new risks, and does not commit NB Power to a new public hearing to maintain its licence as these new risks are added to the site," said Gail Wylie, spokesperson for CRED-NB.

Coming into operation in the 1980s, the station is one of four in Canada and the only nuclear power station outside of Ontario. Critics say the extension is too long, and doesn't address the issue of nuclear waste storage.

The CNSC decision said submissions from NB Power show the company is “qualified to carry on the activities that the renewed licence will authorize” and that it “will make adequate provision for the protection of the environment, and the health and safety of persons.”

As to why a 10-year licence was granted instead of the requested 25 years, the CNSC pointed to “the strong public interest in the hearing process and the need to advance reconciliation with Indigenous nations and communities.”

Five years into the new licence, NB Power and CNSC staff will update the public on issues raised during May’s hearings.

Both CELA and CRED-NB’s hope for the meeting is that it is similar to a public hearing, where the body could review the activities at Point Lepreau and potentially decide to suspend the licence.

Opposition mounts against a new license for a N.B. nuclear plant

I think it was David Roberts

I think it was David Roberts at Vox (now at volts.wtf) that had a great article about nuclear, that started off just saying that "nuclear power doesn't cause positions, it's your *identity*", so vociferous are the arguments.

More mild-mannered and practical, Roberts comes to the conclusion that it's nuts to start any new giant nuke plants, because they all go 300% over budget, which was bad to start with; but crazy NOT to extend the life of existing nukes that are running safely and affordably maintainable. (And lastly, that it's never crazy to do blue-sky research, like SMRs; even when research doesn't pan out, it often finds something else valuable.)

I've advocated nukes for over 45 years, back to high school, but I'd be as happy to see them all shut down via renewables, the exciting possibility of the Form Energy Iron-Air batteries that can store days of power very cheaply (if they're not lying), and a continental supergrid to shuffle power around. But all that will take decades to build, and in that 20-year meantime, I'd hate to see a nuke that's been working safely for decades, shut down, when we need them most.