Only political will and action can hold off B.C.’s climate threats 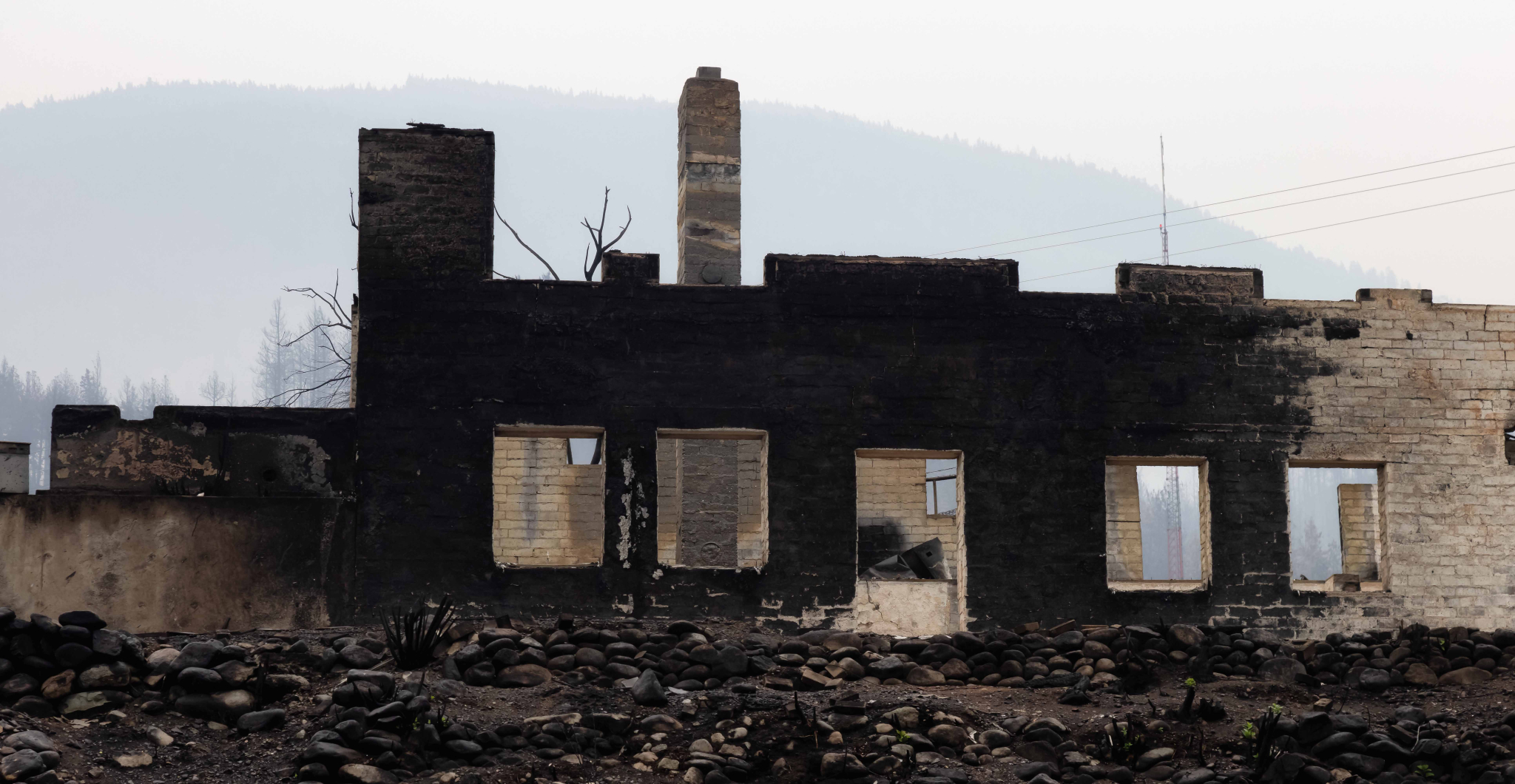 This past year alone in B.C., the town of Lytton burned to the ground. Photo by shutterstock
Previous story
Next story

We’ve known for a long time that climate change poses an existential threat.

It was in May 2015 when I recognized that climate change was already impacting my community. I was an area director with the Cowichan Valley Regional District, and we heard from staff that the drought we’d been experiencing that spring was putting water systems at risk. We were told that some areas may shortly run out of water, leaving thousands with nothing coming out of their taps.

I asked the staff if there were discussions about curtailing logging in the watersheds where the aquifers were running dry. “That’s provincial jurisdiction, and we do not expect to see any changes in land management or logging practices,” we were told. The province, in this case, and so many others, has a responsibility to safeguard the well-being and survival of British Columbians. In the face of climate change, it continues to abdicate its responsibility when it comes to real action.

These past seven years, we have continued to see the direct and catastrophic impacts of climate change-related weather events in real time. This past year alone, the town of Lytton burned to the ground, 619 people died from a heat dome. Severe flooding also devastated communities and farmland.

Of course, the writing has been on the wall for years; scientists and Indigenous knowledge-keepers have issued countless warnings and reports, and in 2019, the BC NDP completed a Preliminary Strategic Climate Risk Assessment. The risks identified in the report include severe river flooding and wildfire seasons, long-term water shortages and loss of forest resources. If the government had responded with urgency to these risks then, we might have been better able to manage the disasters of this past year.

What is clear is that B.C. will continue to experience more frequent and severe climate-related disasters. The question is: how are we going to respond to these threats?

Last week we got a glimpse into the BC NDP’s answer with the announcement of the Climate Preparedness and Adaptation Strategy. While I am relieved to see the NDP government invest in helping people and communities prepare for a changing climate, does its strategy adequately reflect and address the urgency? The short answer is no.

The strategy emphasizes the importance of partnering with Indigenous peoples, taking an equity-informed approach and promoting nature-based solutions and community resiliency, among others. These are important principles, but without concrete plans and timelines, it is unclear if we will see meaningful action on the ground. We need to see species-at-risk or biodiversity legislation implemented, and fossil fuel development, subsidies, and the expansion of LNG Canada ruled out.

In this strategy, the government says all the right words, but offers little to transform our relationship with land and nature, and therefore fails to address this crisis with the urgency it deserves.

After the year we have had, British Columbians want to know they are safe from floods and fires, and what the emergency plan is if disaster strikes. Renters across the province are concerned about how to pay for air conditioners and heat pumps, since the government’s subsidy program is only for homeowners.

Opinion: What is clear is that B.C. will continue to experience more frequent and severe climate-related disasters. The question is: how are we going to respond to these threats? writes @SoniaFurstenau @BCGreens. #HeatWave #bcpoli #ClimateAction

People want to know if old-growth is still being logged (it is), if their drinking water is secure (the auditor general has grave concerns), and if our emissions reduction strategy is enough (it isn’t). Our schools don’t have proper air filtration, which is needed to protect our children from COVID-19 and wildfire smoke. Residents of Lytton are still living in motels, and people across the province are worried they could soon be in the same situation.

We know that extreme weather events are going to get worse. Our communities, livelihoods, food security, ecosystems and economy will continue to suffer. I am frightened and frustrated, and I know many others across the province are, too. I am not without hope, but I firmly believe that to address the challenges we face, we must tell the truth about them.

A government shows its priorities by how it spends its money. Based on the messaging in the Climate Adaptation and Preparedness Strategy, I would guess that this government would be spending billions to create rapid and transformative change.

Instead, we see the government commit to spending almost $1 billion on a new museum, and only half that amount on a response to the climate emergency.

Reacting to climate change has already cost the government billions of dollars: the floods in the fall were the most costly disaster in B.C.’s history. While we applaud the investment in the Climate Adaptation and Preparedness Strategy, this government must continue to invest in programs that limit the impact of these disasters — namely protecting and restoring our natural systems, including the province’s remaining old-growth.

Furthermore, we need concrete actions, timelines and clear accountability metrics. We can no longer afford to tinker at the edges. We need transformation.

To achieve this, we need the courage to tell the truth, and the political will to take urgent action.

Sonia Furstenau was elected to the B.C. legislature as MLA for Cowichan Valley in 2017 and 2020, and is the leader of the BC Green Party. She previously served as Area B director for the Cowichan Valley Regional District (CVRD), and worked as a teacher in Victoria and Shawnigan. Her history of grassroots advocacy includes working as national administrator for RESULTS Canada and board member with Oikocredit Canada West.