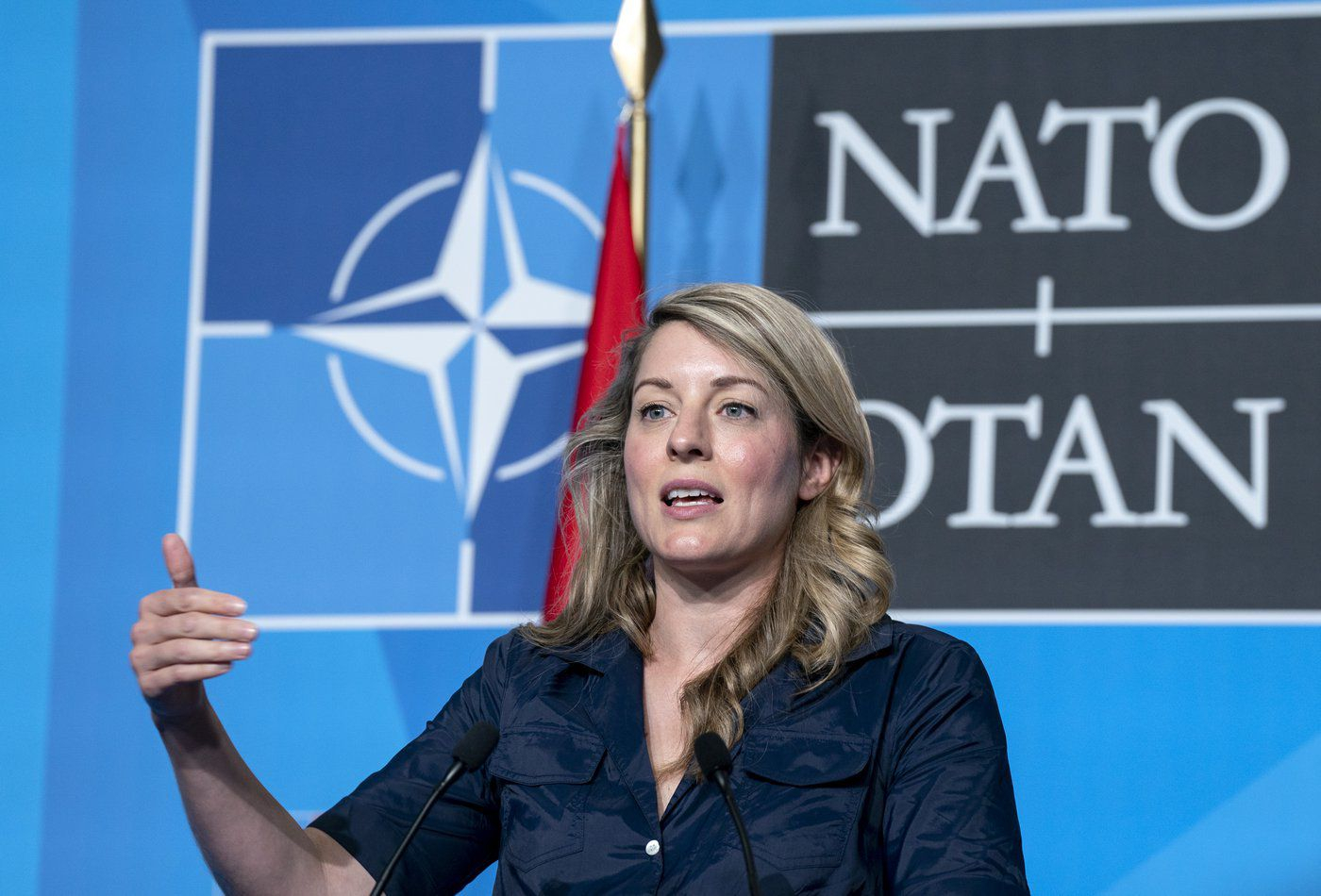 Minister for Foreign Affairs Melanie Joly responds to a question during a news conference at the NATO Summit in Madrid on June 29, 2022. File photo by The Canadian Press/Paul Chiasson
Previous story

She told The Canadian Press she plans to instead take aim at the Russian foreign minister's falsehoods about the invasion of Ukraine.

"I will confront him with facts and expose Russia's narrative for what it is: lies and disinformation," she said in a written reply to questions.

In March, Joly joined many others in walking out of a United Nations meeting in Geneva when Lavrov, whom Canada had brought sanctions against days earlier, began speaking.

But Canada's attendance alongside Russia in Indonesia creates a diplomatic predicament at the G20.

Lavrov has been one of the most vocal proponents of the invasion and President Vladimir Putin's arguments justifying his invasion of Ukraine.

And Joly recently said it was unacceptable for a Canadian official to attend a reception hosted by the Russian Embassy in Ottawa.

But she said if she and other foreign ministers opposed to the Russian invasion of Ukraine did not attend the G20 summit, it could work in the Kremlin's favour, allowing it to spin its version of the war.

"If Canada is not at the table, Russia wins," she said. "We cannot give way to Russian lies."

"Russia has been perpetrating atrocities on a massive scale in Ukraine, and it is threatening to cause a worldwide famine. But Russia is denying these facts and is spreading disinformation to escape international accountability."

In a statement, the Global Affairs department said Joly's attendance will give an opportunity to directly counter disinformation from representatives of the Russian regime.

"Canada will not cede the floor to Russian propaganda seeking to justify the illegal invasion of a sovereign neighbour," it said.

Since the invasion of Ukraine, Joly and other ministers have refused to share the floor when Russia speaks at summits.

In April, Deputy Prime Minister Chrystia Freeland joined a walkout of a G20 meeting for finance ministers and central bank governors in Washington to protest Russia's invasion of Ukraine.

In May, International Trade Minister Mary Ng joined her counterparts from the United States, Australia, Japan and New Zealand in leaving an APEC meeting in Bangkok when the Russian representative began to speak.

In an interview after the walkout, Ng said it would not be a "one-off" and she would be prepared to do it again.

Last week, Prime Minister Justin Trudeau said Canada would take part in the G20 leaders’ meeting in November, even if Putin goes too, saying it is important to counteract the voice that Russia will have at that table.

Lavrov has conducted a series of interviews, including with the BBC, to try to justify Russia's invasion of Ukraine and its tactics.

Putin is reported to have apologized to the Israeli prime minister after Lavrov said on Italian TV that Adolf Hitler was part-Jewish. The foreign minister made his remarks in a bid to justify the Russian invasion as an attempt to de-Nazify Ukraine, even though Ukraine's president is Jewish.

The summit in Indonesia will address food shortages following the invasion of Ukraine, which has prevented the export of millions of tonnes of wheat to the developing world.

Joly will also discuss the advancement of women's equality worldwide and environmental protection as well as the building of resilient economies following the pandemic.

The G20 is made up of the world's biggest economies, including the United States, India, China, South Africa, Mexico, Australia, Italy and the United Kingdom.