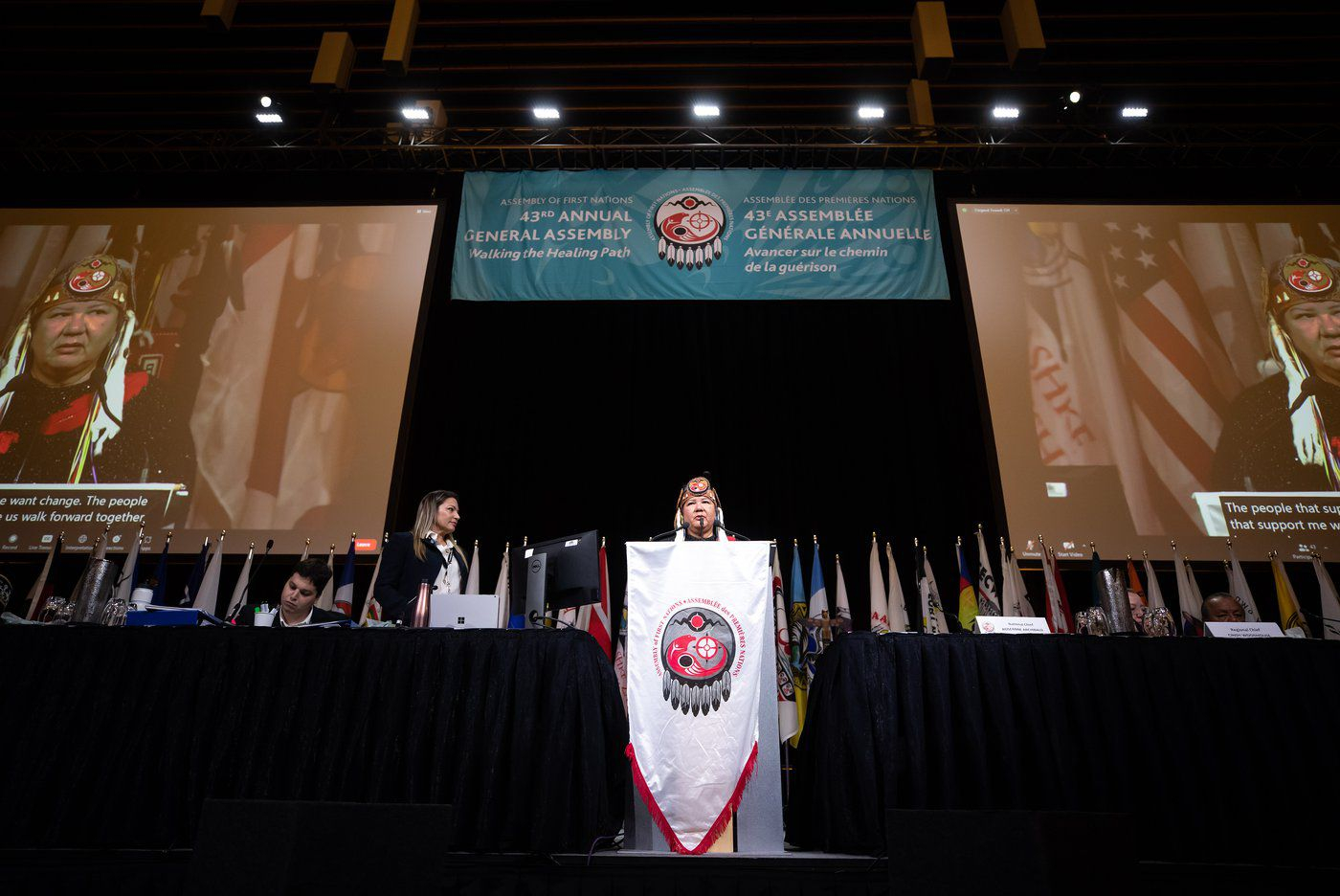 It’s the last day of the Assembly of First Nations annual gathering in Vancouver and the issue of leadership still hasn’t been solved.

Chiefs are expected to vote today on an emergency resolution that calls for National Chief RoseAnne Archibald to be reinstated after a vote of non-confidence in her leadership was withdrawn from the assembly yesterday.

Archibald was suspended last month by the executive committee while an investigation was launched into four complaints against her by her staff.

However, Archibald says she was ousted for trying to investigate corruption within the AFN and has called for a forensic audit of the organization.

Issues of the Pope's visit, Indigenous rights, housing and other priorities had been expected to dominate the agenda.

Federal cabinet ministers Marc Miller, Patty Hajdu and David Lametti are all scheduled to speak to the more than 2,400 delegates today.

This report by The Canadian Press was first published July 7, 2022.