MOVIES: a treat from Netflix, a couple of odd ones from Greece and Canada and no Thor 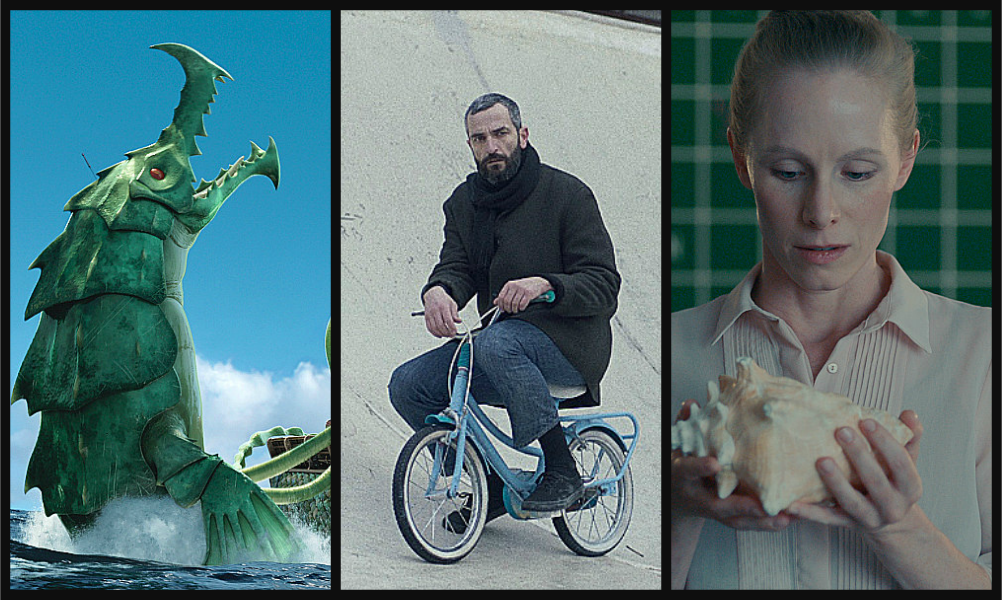 Thor Love and Thunder is the big title this week. It's expected, no make that, is sure to be, huge. But Marvel and its parent Disney didn't provide a preview. So you'll have to read the Toronto critics about it or talk to anyone who watched it in theaters last night. (Past my deadline, unfortunately).

It's the fourth film with Thor in the lead (there have also been several with him as a secondary character) and among those four the quality has varied severely. This one brings back the Norse god from the time he took off to “find himself,” brings back Taika Waititi who also directed the last one, Thor: Ragnarok, for which this is a direct sequel and brings back Natalie Portman as a goddess and love interest for Chris Hemsworth. You have to do a lot of back research to get set for this one.

Failing that check out CRAVE for two new arrivals, both highly rated: West Side Story (the new one) and The Worst Person in the World. Also a new HBO series on anarchists.

THE SEA BEAST: This one has been playing in two theaters (Toronto and Vancouver) for a couple of weeks and if you saw it there you're lucky. It's big and colorful and so full of adventure that it deserves to be on a very large screen, Now it's on Netflix and anybody anywhere can see it, and should. Besides the adventure, which reminds me of many sea-faring films from years ago (pirate sagas, Mutiny on the Bounty, Treasure Island, those sorts) there's a strong environmental message here and a child brings it.

Maisie (Zaris-Angel Hator) stows away on a ship to watch the great monster hunter Jacob Holland (Karl Urban) at work. He hunts the giant beasts to protect shipping lanes and coastal communities. He's encouraged by a bounty the king and queen offer and is pressured by the mania of his captain (Jared Harris) who is obsessed with killing one particular beast. Maisie thinks she's watching a hero at work but gradually she recognizes that it's pure aggression and does more damage than the beast, which she comes to see as a victim. She speaks up for all the creatures in the ocean.

The scenes, the action, the ambiance are superbly animated, under the direction of Ontario-born Chris Williams who has an Oscar and years of experience over at Disney. This is his first solo work. Don't miss it. (Netflix ) 4 out of 5

APPLES: Maybe you know the strange work of the Greek director Yorgos Lanthimos. His films like Dogtooth and The Lobster regularly draw major nominations with their absurdist black comedy. Well, here's the debut by an acolyte. Christos Nikou has worked with him, on Dogtooth for instance, and shows the same talent for surreal storytelling. The same, but gentler and more accessible. You won't always know what's going on here but you'll be intrigued enough to stay to find out.

Aris Servetalis plays a man without an identity. He has no name in the film. He can't remember who he is or where he came from. On a bus he doesn't know where he was going to. An epidemic of amnesia, spreading through the population, has hit him full on. So when he's invited into a public treatment program he joins with as much enthusiasm he can muster, which usually isn't much. But he has to do it. Without an identity he can't even get a job, he's told. A young woman (Sofia Georgovassili) with the same ailment connects with him and they're assigned a series of tasks. Ride a bike, no one ever forgets how, take a picture and put it in an album. Go dancing. Attend a costume party. Take a picture each time and gradually a new identity will gel.

The one memory he does have is that he loves to eat apples. That'll be key later on. Meanwhile this meditation on the concept of memory, (what do we choose to recall? To forget?) plays like a psychological mystery but from a nicely skewed angle. (In theaters now: Bell Lightbox, Toronto; VanCity, Vancouver and ByTowne, Ottawa, with more to come) 3 out of 5

STANLEYVILLE: This small film has a lot on its mind, but doesn't get a great deal of it out to us. The real facts about humanity, for instance. The nature of society itself. Don't imagine we're sensible and cooperative intelligent creatures. Civility can easily break down. It seems like the movies often tell us a version of that, but here we go again as directed and co-written by Toronto actor Maxwell McCabe-Lokos. He's a long-time veteran of TV and movies and has created a contest not-unlike the popular TV series, The Squid Game. Strangers are invited into a competition to win a prize SUV but, more importantly, to achieve “personal transcendence” and “the very essence of mind-body articulation.”

A strange, gaunt man outlines that as he invites a depressed woman to join the contest. He (Julian Richings) calls himself Homunculus when he tells the woman (Susanne Wuest) that she has been chosen for this from among millions of people. How? By who?

But she buys it, goes along and finds there are four other players in the game: a muscleman, a spoiled rich guy, a flamboyant would-be actor and a woman with no pretensions. She's just after the car. They're given a series of tasks ranging from easy (blow up balloons) to hard (create a communications device) to intangible (write a national anthem). There are eight of these and as the competition progresses order breaks down in the room. Bragging, nattering, and worse. It's meant to be satirical, but it's also very obvious. Its take on modern consumer culture is intense, but goofy. The title seems obscure but a deep parsing of a song lyric and a picture hanging on a wall reveals this: Sir Henry Morton Stanley, who had a town in Africa named after him because he found Dr. Livingstone (“I presume”). What that has to do with this story I don't know. (Available at VOD outlets) 2 ½ out of 5