Leadership committee chair was worried about Patrick Brown's past during vetting: source 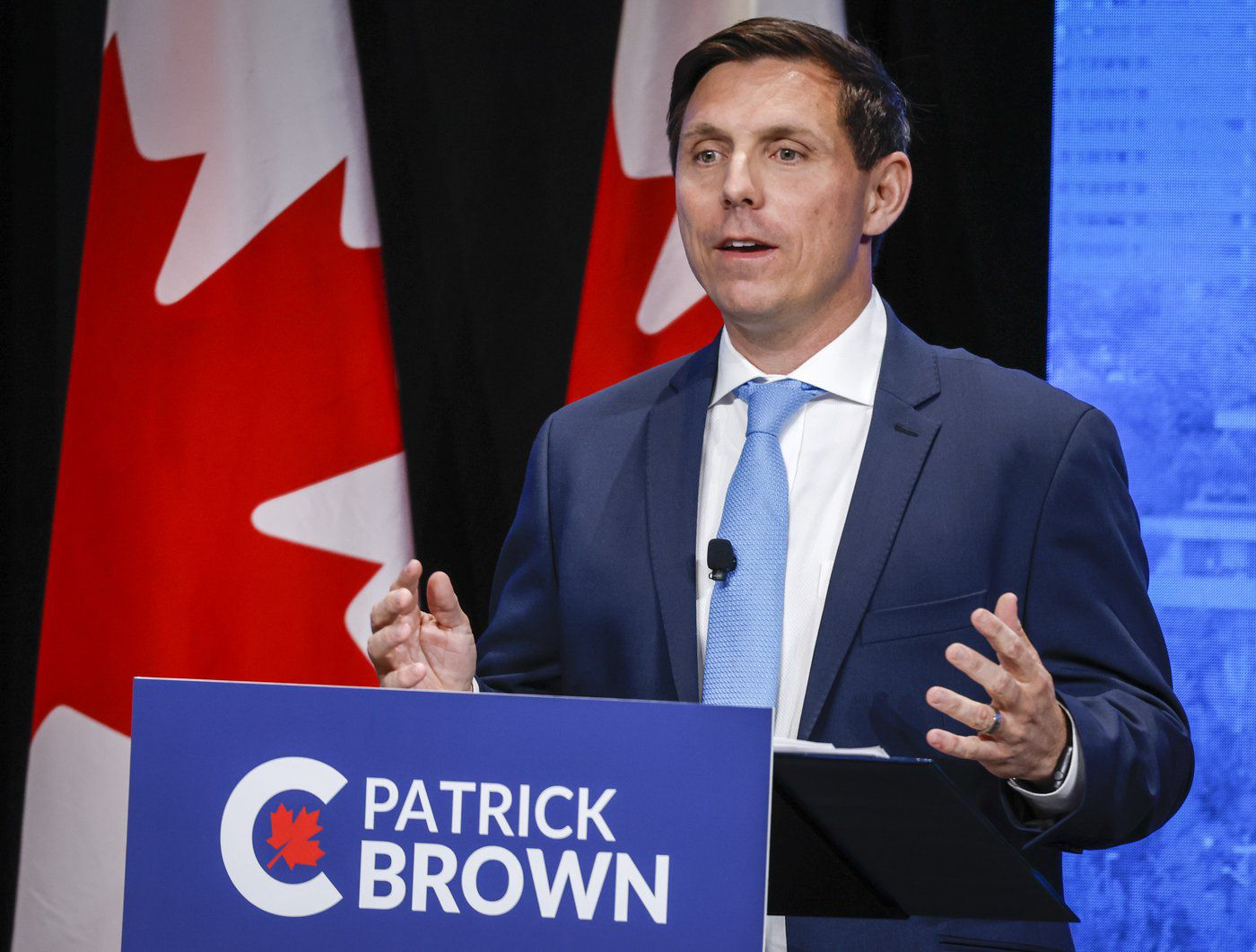 Candidate Patrick Brown makes a point at the Conservative Party of Canada English leadership debate in Edmonton, on Wednesday, May 11, 2022. File photo by The Canadian Press/Jeff McIntosh
Previous story

The chair of the federal Conservative party's leadership election organizing committee privately expressed concerns around Patrick Brown's history while vetting him as a potential candidate, according to documentation obtained by The Canadian Press.

It suggests that Ian Brodie raised questions about Brown's financial situation in a late-March telephone call with someone he was consulting as part of the vetting process after the former Ontario Progressive Conservative leader had declared his intention to join the race.

It also indicates Brodie expressed misgivings around the claim the candidate had been fully vindicated of sexual misconduct allegations that CTV reported in 2018, which at the time led to an exodus of his senior staff at Queen's Park, his own resignation and eventually his ouster from the Ontario Progressive Conservative caucus.

The Canadian Press reviewed documentation about the call provided by a source who participated in the one-on-one conversation with Brodie. The source was granted anonymity to discuss the call because they fear professional repercussions.

Conservatives are reeling from the sudden disqualification of Brown from the leadership race last week — the result of more-recent and separate allegations of financial impropriety by a whistleblower who had been part of his campaign team.

Debbie Jodoin, a longtime Conservative organizer, said through her lawyer last Thursday that she had been paid by a third-party company for her work on the Brown campaign, and that Brown had been involved in the arrangement.

In announcing the decision to disqualify Brown last Tuesday, Brodie had said only that the committee had been made aware of "serious allegations of wrongdoing" related to financing rules under the Canada Elections Act.

Brown has maintained that his campaign did nothing wrong. He has hired high-profile Toronto lawyer Marie Henein and is pushing the party to pursue an appeals process. The party has brought in independent legal counsel to review whether an appeal can be heard.

Documentation concerning the earlier call in March appears to shed more light on the fraught conversations over whether the beleaguered politician should be allowed to join the contest in the first place.

On Monday, Brodie referred questions to a Conservative Party of Canada spokesman, Yaroslav Baran, who said Brodie would not be making any comment about the process followed by the leadership election organizing committee (LEOC).

"He won't be getting into internal LEOC sausage-making," Baran wrote in an email. "There is nothing to be gained by setting that kind of precedent and breaking professional discipline."

Some members of the leadership committee were vocally arguing against Brown's candidacy at the time Brodie made the telephone call, sources with knowledge of the situation who would only talk under condition of anonymity said last week.

Meanwhile, documentation indicates that the influential chair himself was making inquiries about his own unanswered questions in March.

On Monday, Brown's team said it was not made aware Brodie was raising any concerns behind the scenes during the vetting process.

Documentation of the March phone call indicates Brodie conveyed that members of the committee had received a dossier of documents from an anonymous source sent to their private email addresses.

The documents contained records about Brown's mortgage with TD Bank and other financial matters, the source said Brodie said on the call.

The Canadian Press reached out to other members of the leadership committee about Brodie’s inquiries during the vetting process, but did not receive any comments in return.

Documentation of the call indicates the conversation referred to a report by the integrity commissioner of Ontario, published in April 2018, that found Brown had broken ethics rules by failing to disclose rental income and a large loan that he used to help finance a $2.3-million waterfront property in 2016 and 2017. The report said Brown, who at that time earned about $180,000 per year as a provincial party leader, had taken out a mortgage for about $1.72 million from TD Bank.

According to the documentation of the call, Brodie expressed that there were questions around Brown's income and how he could have afforded the home.

In response to a February 2018 report by the Globe and Mail about the purchase, Brown said he had received help from his family to buy his home. On Monday, his campaign spokesman said he had "nothing new to add" about the matter.

A statement released by the broadcaster and Brown at the time said CTV regrets some “key details” in the original story were inaccurate. The statement did not specify what those inaccuracies were, but the original article includes a correction that updates the age of one of two women who accused Brown of sexual misconduct.

The news network said in March that no money exchanged hands in the settlement.

Brown has continued to deny any wrongdoing, and the allegations were not proven in court or independently verified by The Canadian Press.

Although Brown was elected mayor of Brampton, Ont., in October 2018 — less than a year after the story broke — the settlement seemed to pave the way for bigger ambitions: he declared his intention to run for federal Conservative leader just four days later.

"When the media tried to make me cancel culture's latest victim by smearing me with false allegations, I fought back and won," Brown told a cheering crowd at his campaign launch.

The narrative that Brown had been redeemed by the settlement did not seem to sit well with Brodie, according to the source with knowledge of the call, and the chairman said the allegations were still disturbing.

In spite of that apprehension, and the fact the Ontario Progressive Conservatives had previously disqualified Brown from running under their provincial banner, the federal leadership election organizing committee ultimately approved Brown's candidacy on April 26.

Chisholm Pothier, a spokesman for Brown's campaign, said Monday they did not receive any questions about either matter, and were not informed of any concerns that Brodie was raising at the time.

He said the leadership committee asked for Brown's banking records during the vetting process and that there was no further communication about financial issues after the campaign provided them.

"Just as with the approach to the complaint and the LEOC decision, the campaign seems to be getting informed by the press rather than the party on these issues," Pothier said.

This report by The Canadian Press was first published July 12, 2022.