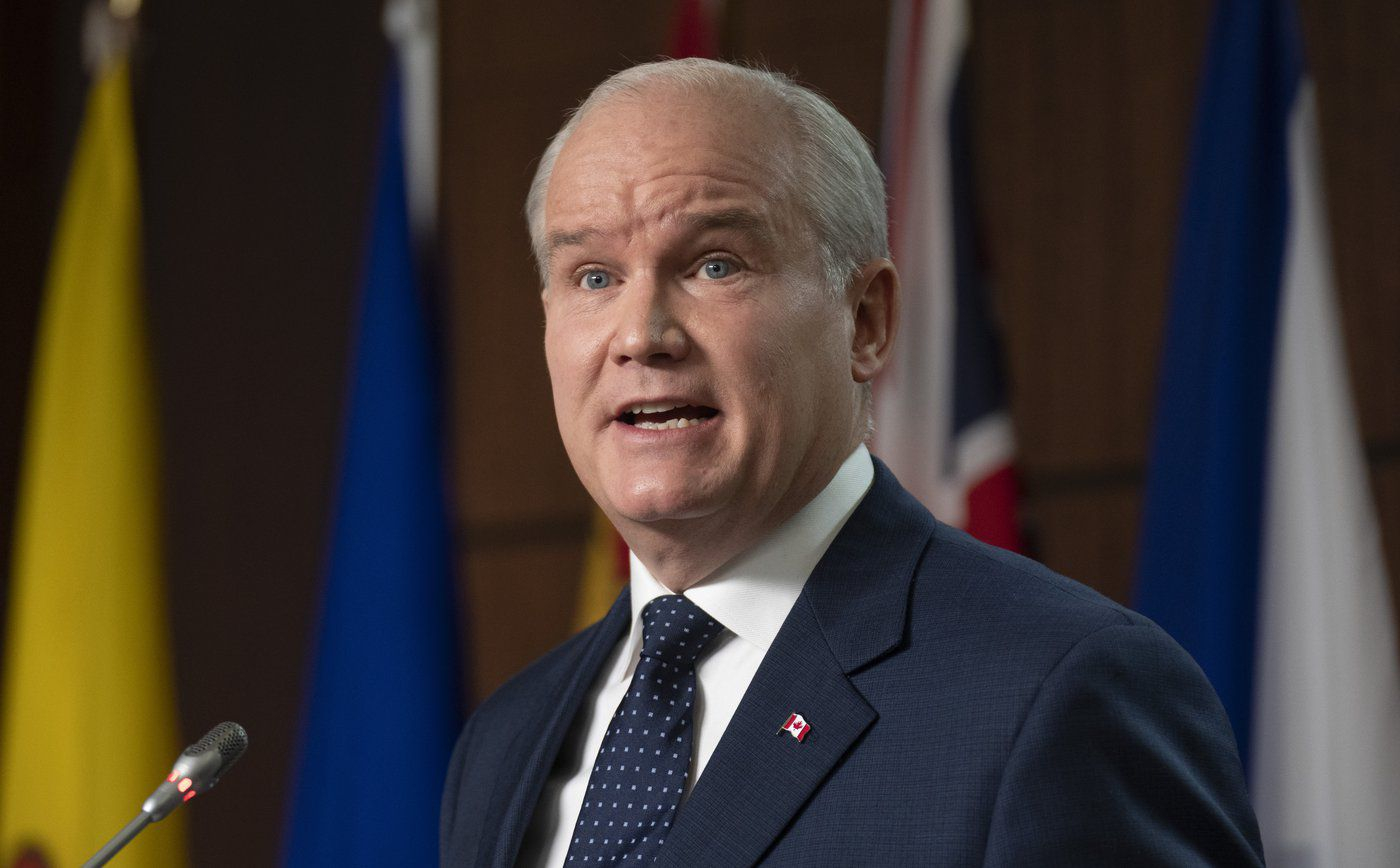 Former Conservative staffer Dion Ahwai has been charged with mischief to data related to an investigation of the alleged theft of materials from Erin O'Toole's Zoom account during the 2020 leadership race, the RCMP said Wednesday.

MacKay's campaign denied allegations of wrongdoing at the time and O'Toole's leadership campaign referred the matter of the alleged data theft to police.

After the allegations emerged, Greg McLean, a Calgary MP who supported O'Toole, fired a summer student employee in connection to the apparent breach.

But the O'Toole campaign maintained that it detected several unusual sign-ins to the account, as well as multiple downloads of what it called confidential information.

It referred the matter to RCMP. The national police force confirmed to media at the time that it was jointly investigating the matter with the Toronto Police Service.

On Wednesday, the RCMP stipulated "mischief to data" charge Ahwai is facing has to do with the obstruction, interruption or interference with the lawful use of computer data, as outlined in the Criminal Code. It also confirmed the charge is connected to the allegations from 2020.

Two sources with knowledge of the matter said the Mounties told senior members of O'Toole's former leadership campaign about the charge on Tuesday. They were granted anonymity because they fear professional repercussions for speaking publicly.

Ahwai did not immediately respond to requests for comment sent to his work email address and through Facebook on Wednesday.

He is scheduled to appear in Ontario court on Aug. 4, police said.

A spokeswoman for O'Toole, who was ousted as Conservative leader by caucus in February, said he would not comment because the matter is before the courts.

Ahwai, a former House of Commons staffer, is currently listed as the vice-president of digital campaigns at consulting firm Wellington Dupont Public Affairs.

The firm also employs ex-MP Brian Storseth, who was co-campaign chair for MacKay's 2020 leadership run, as a principal.

In an emailed statement, Storseth said Ahwai was not employed with Wellington Dupont at the time of the alleged data theft, and referred questions to the MacKay campaign.

Former MP Alex Nuttall, MacKay's campaign manager at the time and a current candidate for mayor in Barrie, Ont., did not immediately respond to a request for comment on Wednesday.

According to records held by the House of Commons, Ahwai worked as a parliamentary assistant for Nuttall in 2018.