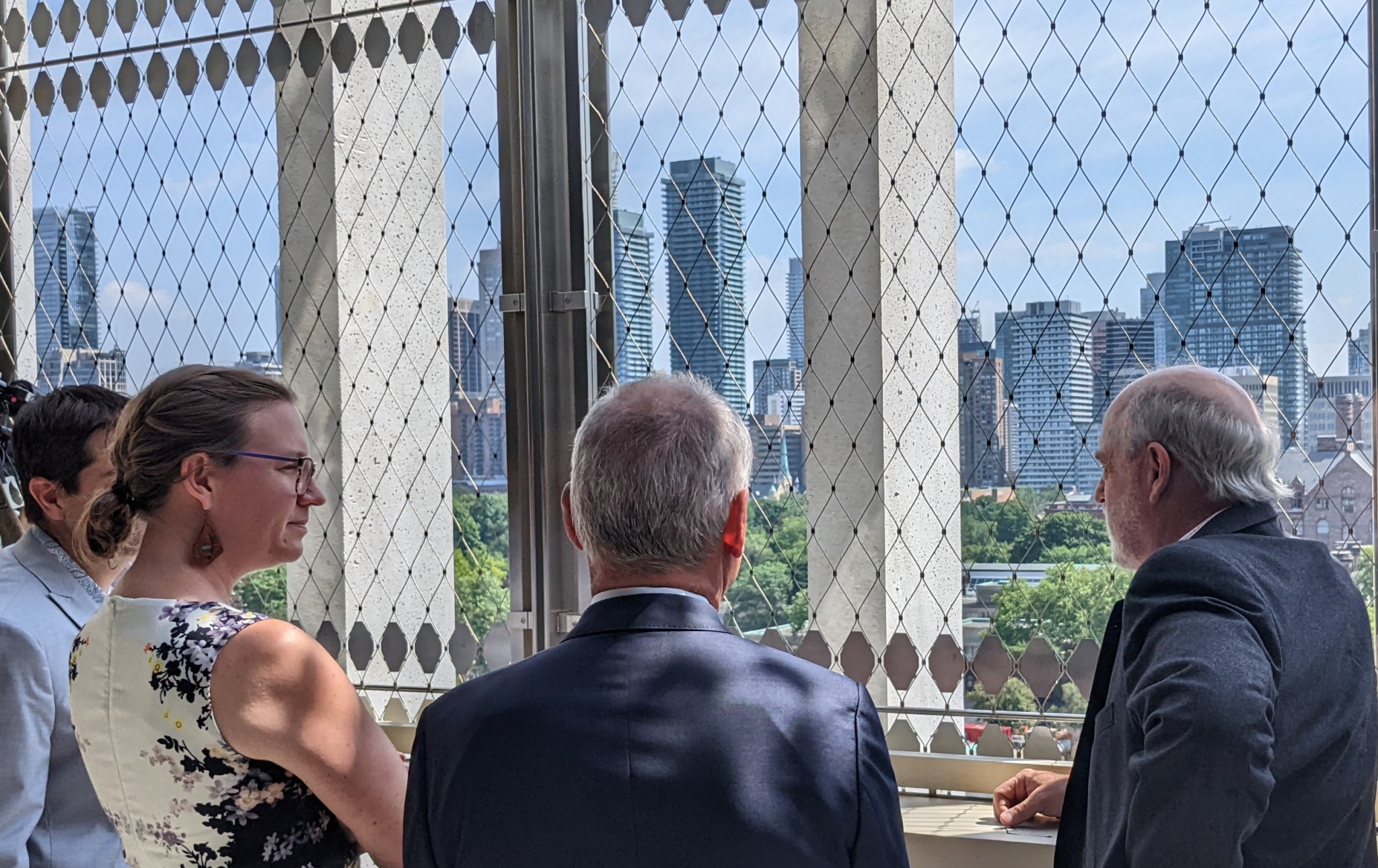 The University of Toronto got a chunk of federal government loans this week to help it become a carbon sink by 2050.

The Canada Infrastructure Bank (CIB) will finance up to $56 million of the cost for deep retrofit projects at the St. George campus, including switching one of four boilers from gas to electric, installing solar panels for on-site supply, and working on carbon capture, energy storage and waste-to-fuel solutions, the government said on Tuesday.

“Everything for us starts with outcomes,” said CIB chief executive Ehren Cory, referring specifically to the reduction of 45,000 tonnes a year of greenhouse gas emissions the projects are expected to attain once completed. “That’s the outcome that we're buying with our money.”

The university’s downtown campus, which is approaching 200 years in operation, boasts around 100 buildings with heritage status, according to Scott Mabury, its vice-president for operations and real estate partnerships.

Buildings like these — also commonly held by other public institutions such as airports, hospitals and municipalities — are typically less energy-efficient than newer buildings.

The U of T deal marks the infrastructure fund’s first partnership with an academic institution (and its second with a public institution after a deal to provide almost $20 million for a raw wastewater energy transfer project at University Health Network’s Toronto Western Hospital), and Cory and other guests at the event expected it to act as a flagship for more institutions to follow.

The deal will see the university and the government work with a private sector partner to deliver the projects.

“I always think we need to go faster, but I think what (Tuesday's) announcement is going to show is that these partnerships are possible,” said Karina Gould, federal minister for families, who was there on behalf of Infrastructure Minister Dominic LeBlanc.

The Liberal government infused the infrastructure bank with $35 billion in federal financing to pull in two or three times that in private dollars, arguing it would stretch Ottawa's capacity to fund the building of more roads, bridges, energy projects, and water and wastewater systems.

It rejigged the bank’s mandate during the first year of the pandemic to get more of the money out the door faster, with year-end figures showing it committed $7.2 billion to 28 projects, pulling in $7.6 billion from private or institutional investors and another $6.1 billion from public partners.

The Canada Infrastructure Bank is backing @uoft's carbon-positive push to the tune of $56 million, as Ottawa aims to get more money flowing through the young investment vehicle to address climate change.

Meric Gertler, the university’s president, said the deal would “greatly accelerate” U of T’s efforts to reduce campus emissions and eventually capture more pollution than it emits by 2050.

“Before the end of this decade, we will complete deep energy retrofits, replace fossil fuel-based energy sources with clean and renewable energy, work with cleantech innovators from our own campuses and beyond to help us use energy more efficiently, generate energy from novel, clean sources and deploy innovative energy storage solutions,” he said.

At last! A defined goal for

At last! A defined goal for the decade end, leading to zero emissions at some point.
Hallellujah! Now if the provincial and federal governments could follow suit!