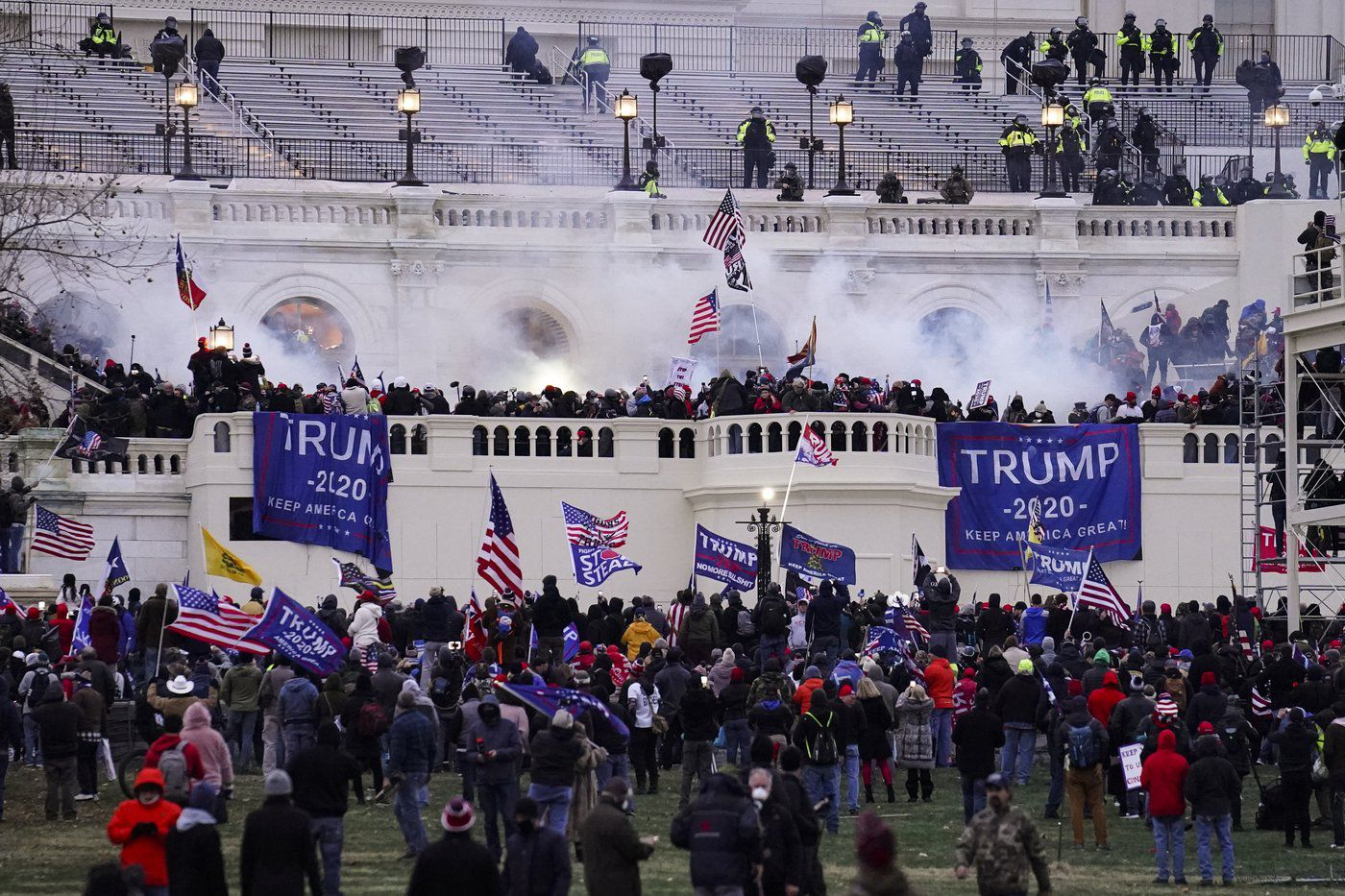 Members of the security detail protecting U.S. Vice-President Mike Pence from the mob of protesters storming Capitol Hill last year were so fearful for their lives that they asked colleagues to say goodbye to their family members, the Jan. 6 committee heard Thursday.

A White House security official, their identity obscured for safety reasons, described in recorded testimony the chaotic, emotionally charged and "disturbing" radio traffic they were hearing as protesters began to focus their rage on the vice-president.

The riot was rapidly escalating, and security officials quickly realized they might soon have no means of escaping the Capitol, the witness testified in recorded audio testimony.

"It sounds like we came very close to service either having to use lethal options, or worse," the official said.

"We didn't have visibility ... if they're screaming and saying things like, 'Say goodbye to my family,' the floor needs to know this is going to a whole other level soon."

Meanwhile, Donald Trump was watching the turmoil unfold on television from the comfort of his private White House dining room, ignoring pleas from close advisers — including his own family members — to publicly demand the rioters to stand down.

He spent much of the three-hour window calling senators to urge them to reject the electoral votes being counted in a joint session of Congress that day. Alabama Sen. Tommy Tuberville had to hang up on Trump in order to be evacuated.

During those three hours, as thousands of protesters milled angrily on the lawns surrounding the building, hundreds overran outmatched Capitol Police officers, smashing through doors and windows and terrorizing staffers inside while lawmakers were hustled away to safety.

The disruption proved temporary. By 4 a.m. the next morning, those same members of Congress had reconvened with Pence to finish the job of counting the electoral votes and officially certifying President Joe Biden's election win.

By the end of Thursday's hearing, the committee's purpose had crystallized: spelling out what they allege is Trump's own culpability in inciting the deadly riot, his wanton neglect in allowing it to play out, and his contempt for the office of the president.

"Donald Trump's conduct on Jan. 6 was a supreme violation of his oath of office and a complete dereliction of his duty to our nation," said Rep. Adam Kinzinger, one of two rogue Republicans on the committee.

"It is a stain on our history, it is a dishonour to all those who have sacrificed and died in service of our democracy."

"Every American must consider this: can a president who is willing to make the choices Donald Trump made during the violence of Jan. 6 ever be trusted with any position of authority in our great nation again?"

More than an hour into the riot, as news began to emerge that Pence had not acceded to his demand to reject the electoral votes, Trump sent a tweet vilifying his own vice-president — a message that the committee heard sent the mob into a frenzy.

That was the moment that former deputy national security adviser Matthew Pottinger said he realized the president was only interested in "fuel being poured on the fire" and that Jan. 6 would be his last day at the White House.

"The tweet looked to me like the opposite of what we really needed that moment," said Pottinger, who testified in person Thursday alongside former deputy press secretary Sarah Matthews.

"That was the moment that I decided that I was going to resign, that that would be my last day at the White House. I simply didn't want to be associated with the events that were unfolding at the Capitol."

"It was essentially him giving the green light to these people, telling them that what they were doing on the steps of the Capitol and entering the Capitol was OK, that they were justified in their anger," she said of the tweet.

"I've seen the impact that his words have on his supporters. They truly latch on to every word, and every tweet, that he says. ... In that moment, for him to tweet out the message about Mike Pence, it was him pouring gasoline on the fire and making it much worse."

For Matthews, it was what Trump did at 4:17 p.m. ET, 187 minutes after the end of his speech on the Ellipse, that was the final straw.

That's when he sent another tweet, this one with a video message that reiterated his now-familiar allegations of a stolen election and urged the rioters to go home — but not before he had expressed his love for them and sympathized with their anger.

Despite her relief at hearing Trump urge the protesters to leave, she described as "indefensible" his refusal to denounce the actions on Capitol Hill that day.

Much of Thursday's hearing focused on the fact that Trump was being bombarded by officials and advisers urging him to call off his supporters throughout the afternoon.

Thursday's hearing was the second to take place during prime time — an indication that committee members were hoping for maximum exposure as their investigation closes in on the former president.

It won't be the last, however: chairman Rep. Bennie Thompson confirmed that the hearings would continue in September, given the ongoing and rapidly developing investigation.

The hearings, staged with the help of former ABC News president James Goldston, have so far proven to be an unlikely summer blockbuster for the committee.

Members have heard how Pence averted a constitutional crisis by ignoring Trump's demands to reject the outcome of the election, and how none of those close to Trump succeeded in their efforts to get him to abandon his quixotic efforts to overturn the results.

They heard how Pence had been taken to a secure location still on the congressional grounds — passing within 12 metres of the rioters crying out for his violent ouster, all the while refusing to leave the Capitol, where he viewed tweets from his boss that were putting his life in danger.

They listened to Cipollone, who suggested Pence be nominated for the Presidential Medal of Honor for his bravery, describe a chaotic meeting of Trump's fringe advisers the night before, desperate for a way to keep the president in power.

That meeting included a draft executive order that would have made Trump campaign lawyer Sidney Powell a special counsel with the power to order the U.S. military to seize voting machines from across the country. After it dissolved into frustration, the president issued his fateful late-night tweet luring supporters to D.C.: "Will be wild," he wrote.

This report by The Canadian Press was first published July 21, 2022.