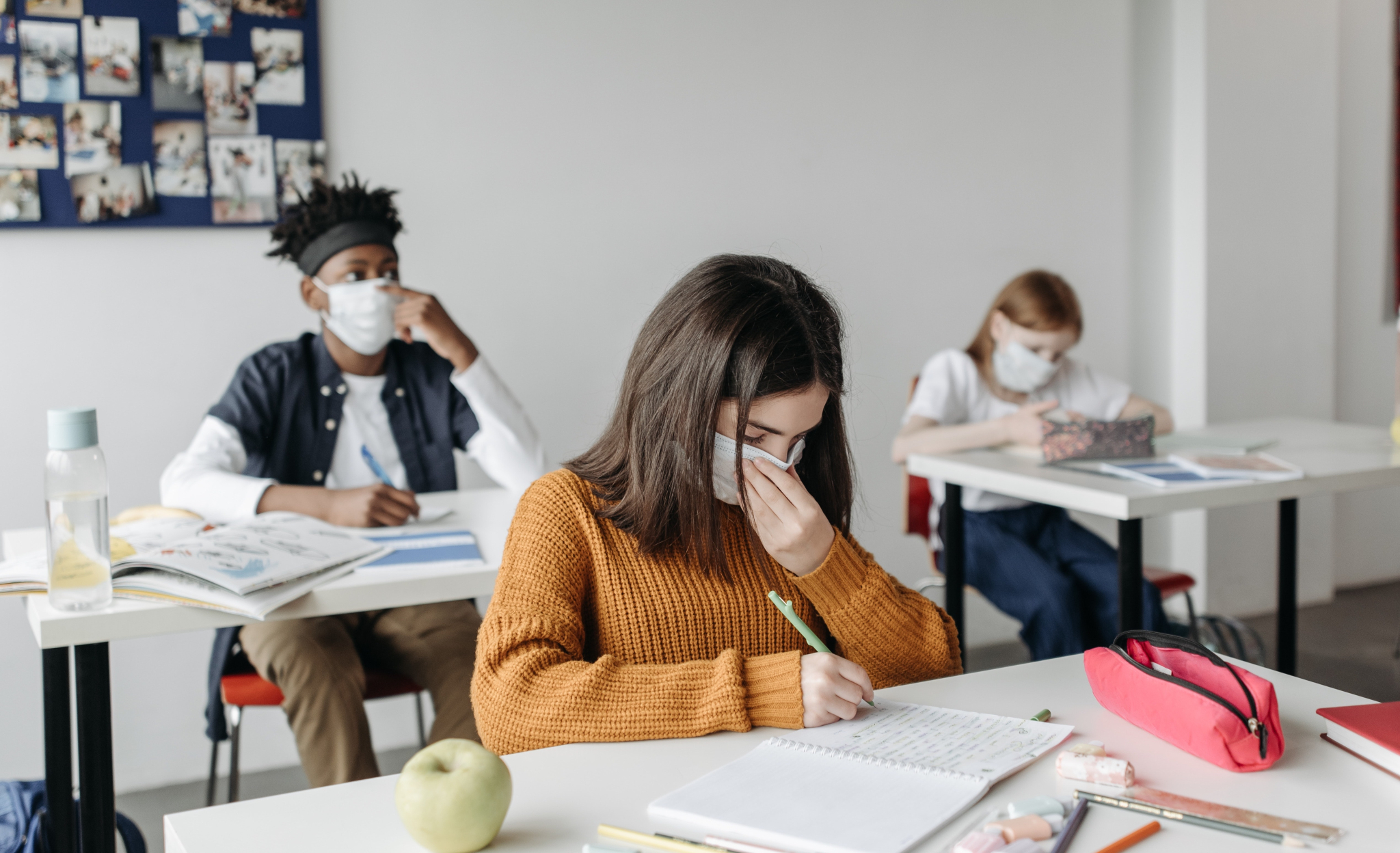 Students were no longer required to wear masks in Ontario schools as of March 2022. Photo by Pavel Danilyuk
Previous story
Next story

Ontario’s education minister expects students to be in classrooms full-time this September, with all extracurricular activities available to them as they try to claw back learning loss from two years of COVID-19 disruptions.

“It is so consequential to their mental and physical health” that children and youth be in school as much as possible, Stephen Lecce said while announcing a back-to-school plan for the province at Viola Desmond Public School in Ajax, just east of Toronto, on Monday.

The province’s schools have been closed in their entirety for longer than any other North American jurisdiction during the COVID-19 public health crisis, and before the summer break, individual schools and classes continued to face intermittent closures due to outbreaks.

Lecce’s plan didn’t say how in-person learning could be kept going if another wave of COVID-19 hits the province, instead noting investments made to improve ventilation, provide rapid tests for staff and students, and help parents offset the costs of online learning, which will remain available for any who choose to enroll in it full-time.

“We’re announcing plans to catch up today that is premised on keeping kids in school every single day, without disruption to their lives, be it from the negotiations or otherwise,” said the minister, in reference to the bargaining process underway with education unions as collective agreements approached expiry at the end of the summer.

That process was last in play just before the pandemic hit, with schools closed by intermittent strikes in the weeks and months before COVID-19 shut them for many more months of 2020.

Lecce said he had a “great deal of confidence” that a deal would be reached that allows schools to reopen and “with all the experiences students need and deserve, like sports, clubs and field trips. Nothing is more important.”

Those activities are offered on a voluntary basis by teachers and other education staff, while Lecce said his ministry will "insist" in negotiations that the full range of those activities be available.

The education minister said several times that the government wanted a "voluntary" deal with the unions when asked by reporters if it would consider legislating teachers as essential workers, which would remove their right to strike.

The investments in Lecce’s “A Plan To Catch Up” are from the budget the Progressive Conservatives released ahead of the election this June in which they expanded their majority at Queen’s Park on record low voter turnout.

The Ford government’s plan focused on keeping kids in class with a “full school experience,” adding tutoring to fill learning gaps and funding to build new schools and provide mental health supports, as it aims to prepare students for the workforce.

It said from May to June 2022, an average of 49,000 students participated in tutoring programs each week, with an average group size of fewer than five students.

The government said its funding of public education was helping it hire 3,000 more staff this year.

In a statement, the Opposition NDP said Lecce's announcement showed "the Conservative government will not invest even one more dollar in Ontario's kids."

"What we needed to hear from Stephen Lecce today is that the government is increasing the education budget — not that they're holding the line."