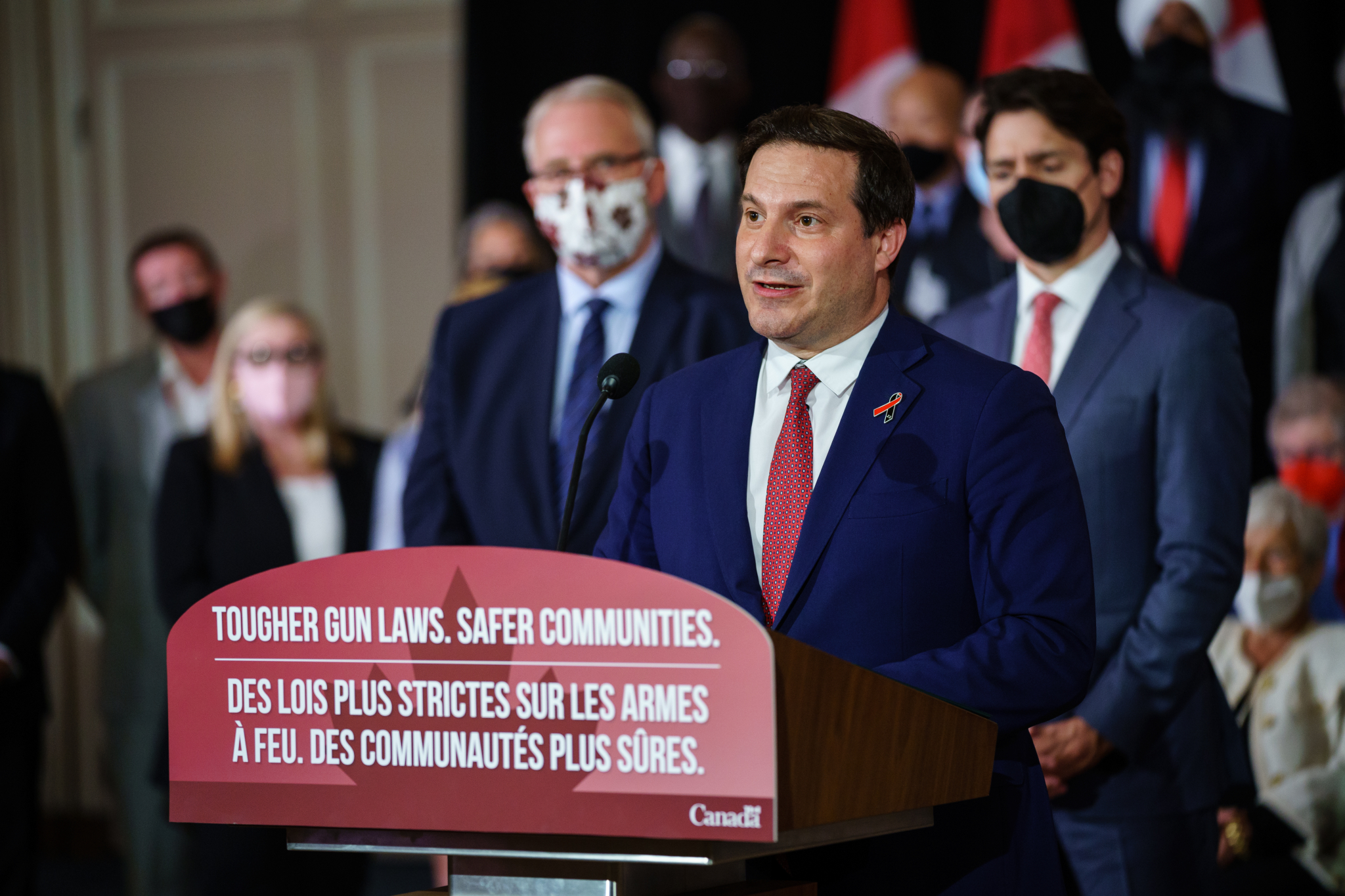 Canadian border agents are only seizing a fraction of the guns being smuggled into Canada.

Statistics obtained by Canada's National Observer show that thousands of smuggled firearms are making it onto Canadian streets, forcing Public Safety Minister Marco Mendicino to concede in an interview: "We need to do more."

To see what he’s up against, you only have to look at some recent numbers.

For instance, in 2021, the Canada Border Services Agency seized 1,113 firearms at the borders.

That same year inside the country, RCMP and other police agencies seized 30,349 firearms.

The border agency is catching less than four per cent of the firearms that police are nabbing on the streets.

These discrepancies are contained in a sessional paper the federal government released in response to a question by Saskatchewan Conservative MP Randy Hoback, whose party did not respond to an interview request.

Statistics from a May 9 sessional paper show huge discrepancies in gun seizures in Canada.

Despite the public safety minister’s denial that most of the smuggled firearms come from beyond our borders, Criminal Intelligence Service Canada, the federal agency that combats organized crime, says most successfully traced handguns in Ontario used in violent crimes come from the United States.

“There is a cost to being a neighbour with the United States, which, of course, has many, many millions of guns in circulation,” says MacGregor.

But the issue is complex, he says.

“Legislation by itself is not going to solve a complex problem like gun crime,” says MacGregor. “It is an important part of the puzzle, but it has to be partnered with effective policy and adequate resources.”

"Handguns were the most serious weapon present in the majority of firearm-related violent crimes … between 2009 and 2014 (59 per cent) and between 2015 and 2020 (59 per cent),” according to a report Mary Allen wrote for the Canadian Centre for Justice and Community Safety Statistics.

Allen’s report also points out there’s still a lot of crucial information about these firearms we don’t know.

“There is little information currently collected about the characteristics of these firearms, such as details about the exact type of gun, who owned it (e.g., accused, victim, or someone else), how it was stored, or whether the owner was licensed.


The federal government is banking on legislation to combat this long-standing problem. But the question of how best to crack down on gun smuggling is one that legislation may be unable to solve — at least in the short term.

“There's a lot of work that needs to be done,” says Mendicino. “And I would say that my top priorities in addition to passing Bill C-21 are going to be to take the next steps to implement the buyback program, which will get the assault-style rifles, AR-15 style rifles out of our communities once and for all.”

Mendicino, who is making the rounds to promote the federal gun policy, believes the Liberals are on their way to accomplish their safety goals.

The data shows it’s clear the Canada Border Service Agency is missing many of the guns coming into the country. Although the seizures have been increasing, the numbers are still low.

The agency will need to do better. But the question is: “How?”

It is also notable that even with the number of firearms police have reported seizing, they are also likely nabbing a tiny percentage of the illegal firearms in circulation.