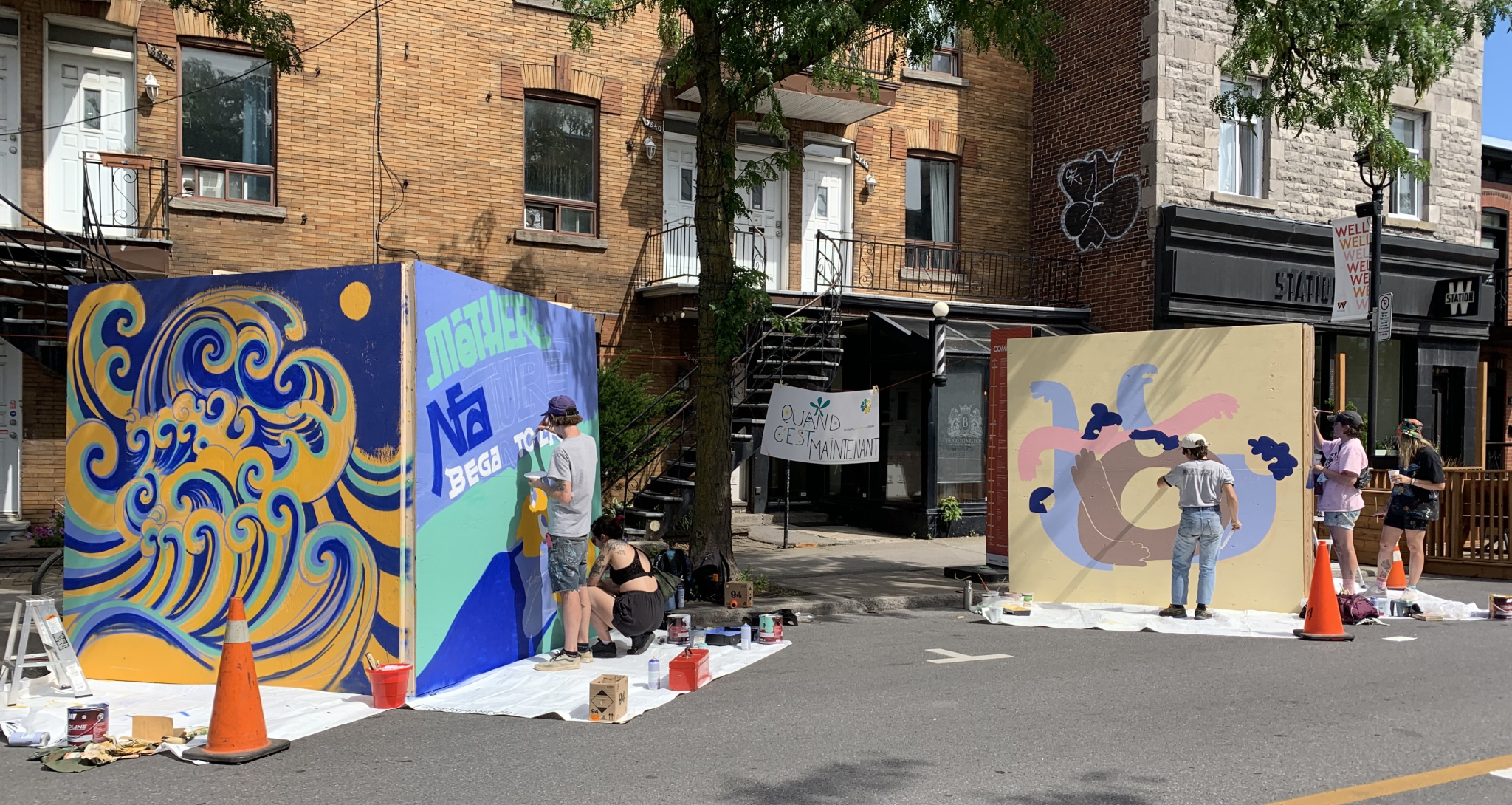 Laura Baqué, Louis Letters and other visual artists work on murals that the Climate Reality Project plans to present at the COP27 climate conference later this year. Photo by Gaïa Febvre
Previous story
Next story

Using art to connect disparate communities, the Climate Reality Project wants to uplift the voices of those most dramatically affected by the warming of our planet and hopefully get world leaders at the next global climate conference to take notice.

Teams from Canada, the Philippines and across Africa will host a workshop series this summer to create collaborative “pebble poems” about the climate crisis that will then be displayed (and developed further) at the United Nations' COP27 conference, which takes place in Egypt in November.

“We're bringing inside those decision-making spaces voices that don't necessarily have access to those spaces,” explained André-Yanne Parent, the 35-year-old executive director of the Canadian branch of the initiative, which was founded by former U.S. vice-president Al Gore in 2006 and now boasts more than 40,000 trained climate leaders in 174 countries (including more than 1,600 in Canada).

A pebble poem is a short piece of writing that its creator shares and invites other people to reflect on and add to. The group plans for new poems to be created at COP27, where they have so far secured space in the Indonesian pavilion. The project is still seeking a presence with the Canadian and U.S. contingents.

“We strongly believe that through the medium of art, we're able to bring conversation that can be polarizing and … reduce those elements of our polarization by just being able to connect with the beauty of a poem, the beauty of a mural,” she said, adding another goal is to build compassionate communities standing in solidarity.

The poems are the second stage of a project that kicked off with the creation of murals last month in Montreal; Johannesburg, South Africa; and the Philippines (where Agam Agenda is also involved in the collaboration) that riffed on words from poems, which the visual artists also used as inspiration.

Parent’s colleague Gaïa Febvre, the Canadian branch’s community engagement manager, said they want to “express the urgency to act, and the need to be more ambitious in decision and action” directly to the diplomats and decision-makers in attendance at COP27.

Starting this week and running throughout August, the project will host five virtual workshops featuring poet-mentors from the three participating countries and regions. Each will focus on a different type of biome — forest, freshwater, ocean and coastal, alpine and grasslands.

Bringing in mentors from the different regions is designed to help walk participants through that creative process in a linguistically coherent and culturally meaningful way, Parent said, while the groups — which consist of between 10 and 15 participants from each region for each session — will also be mixed into cross-cultural groups in smaller breakout rooms to share and collaborate.

Teams from the Climate Reality Project from Canada, the Philippines and across Africa are working to create collaborative poetry about the environment and climate change that they will present at the upcoming COP27 global climate conference.

Parent said given the level of interest in the project so far, they are now looking to develop a mini-curriculum to take into schools to further meaningful conversation on climate in the classroom.

Both Parent and Febvre said it was difficult to imagine not working on initiatives related to climate change.