Despite visa issues, organizers say there was progress at the Montreal AIDS conference 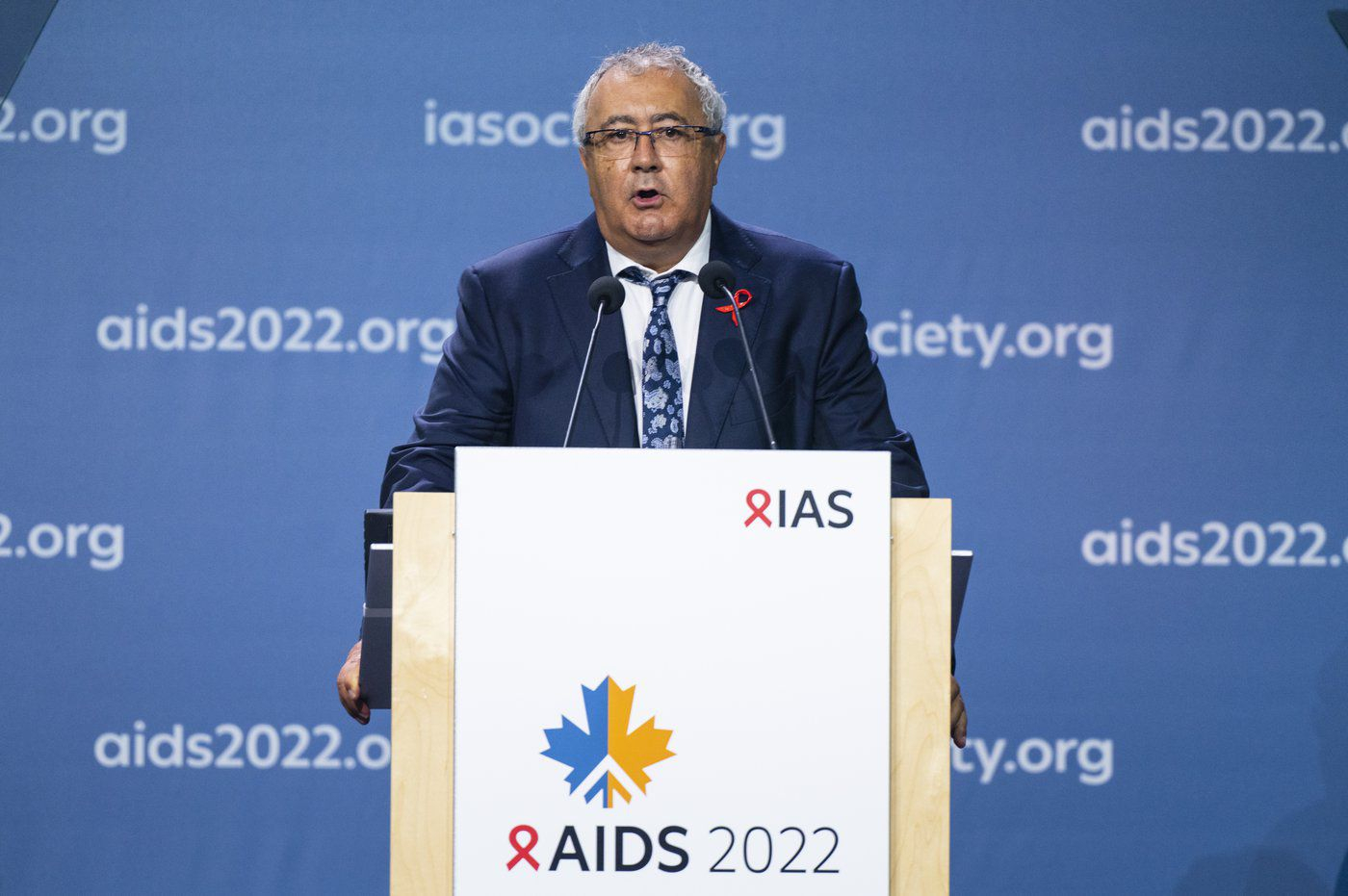 A major AIDS conference in Montreal highlighted the enormous progress that has been made in HIV research and also succeeded in bringing scientists and activists together despite visa issues, organizers say.

Dr. Jean-Pierre Routy, local co-chair of the AIDS 2022 conference, said the biggest breakthrough presented was research showing that a single injection of a long-lasting antiretroviral medication can prevent people from acquiring an HIV infection for two months, replacing daily pills.

Other research presented at the five-day conference, which ended Tuesday, shows that a cure for HIV is possible and that steps are being taken towards it, even if progress is slow, he said.

"The advances in knowledge are enormous. It hasn't led to treatments today, but we are getting closer," he said in an interview Tuesday.

But as the conference closed, speakers frequently mentioned visa delays and denials that prevented hundreds of delegates from attending, including people scheduled to present at the conference and employees of the International AIDS Society, the association of HIV professionals that organized the conference.

Routy said he was "disappointed" in the Canadian government, but that people from 172 countries were able to attend and that the majority of attendees were from developing countries.

Tinashe Rufurwadzo, the director of programs, management and governance at Y+ Global, an international organization of HIV-positive youth, said that while there were great exchanges at the conference, some young activists were missing.

"It's kind of a bittersweet thing. We managed to connect with people in person, but there are also other critical voices that we have missed at this conference," he said.

Those attending were able to meet government officials and pharmaceutical executives, something that might not otherwise be possible for young activists.

"The only place we can reach them is here, when we're grabbing coffee after the sessions, that is when people are easily accessible," he said.

While the conference was conducted in a hybrid manner, with remote participants able to watch most sessions online, Rufurwadzo said the high cost of data in many African countries limited access and that people participating virtually were not able to participate as fully as those who attended in person.

Routy said the conference was also an opportunity to push for change in Canada.

On Monday, the federal government announced $17.9 million to increase access to HIV testing in remote communities and among hard-to-reach populations.

"This money is very welcome and it goes to where there was a weakness in our system and it's still a great effort from Canada, even if it came a little late," Routy said. "What counts is that things are changing and that this conference is leading to a change in mentality."

Around half of that money will go to funding the distribution of self-tests.

Those who know their HIV status can access treatment protecting themselves and preventing them from transmitting the virus to their partners, Routy said.

Shamin Mohamed Jr., the founder and president of LetsStopAIDS, a Toronto-based non-profit that focuses on youth, said that access to self-testing will help empower young people to know their HIV status.

However, he said there are still unanswered questions about how the organizations that will distribute the tests will support those who test positive.

"When someone does test positive, do they have the emotional support that they need behind them?" he said in an interview Tuesday.

HIV testing also needs to be normalized, he said, adding that he worries that young people might get kicked out of their homes if their parents find a self-testing kit.

While self-testing may reach young people who would not otherwise be tested for HIV, he said support is needed to ensure people who test positive know how to access treatment and that cost doesn't put it out of reach.

As federal Health Minister Jean-Yves Duclos prepared to address the closing session of the conference, a group of protesters criticized the lack of funding for followup care as part of the self-testing expansion.

More than 9,000 people were scheduled to attend the five-day conference in person, with another 2,000 people registered to take part online.