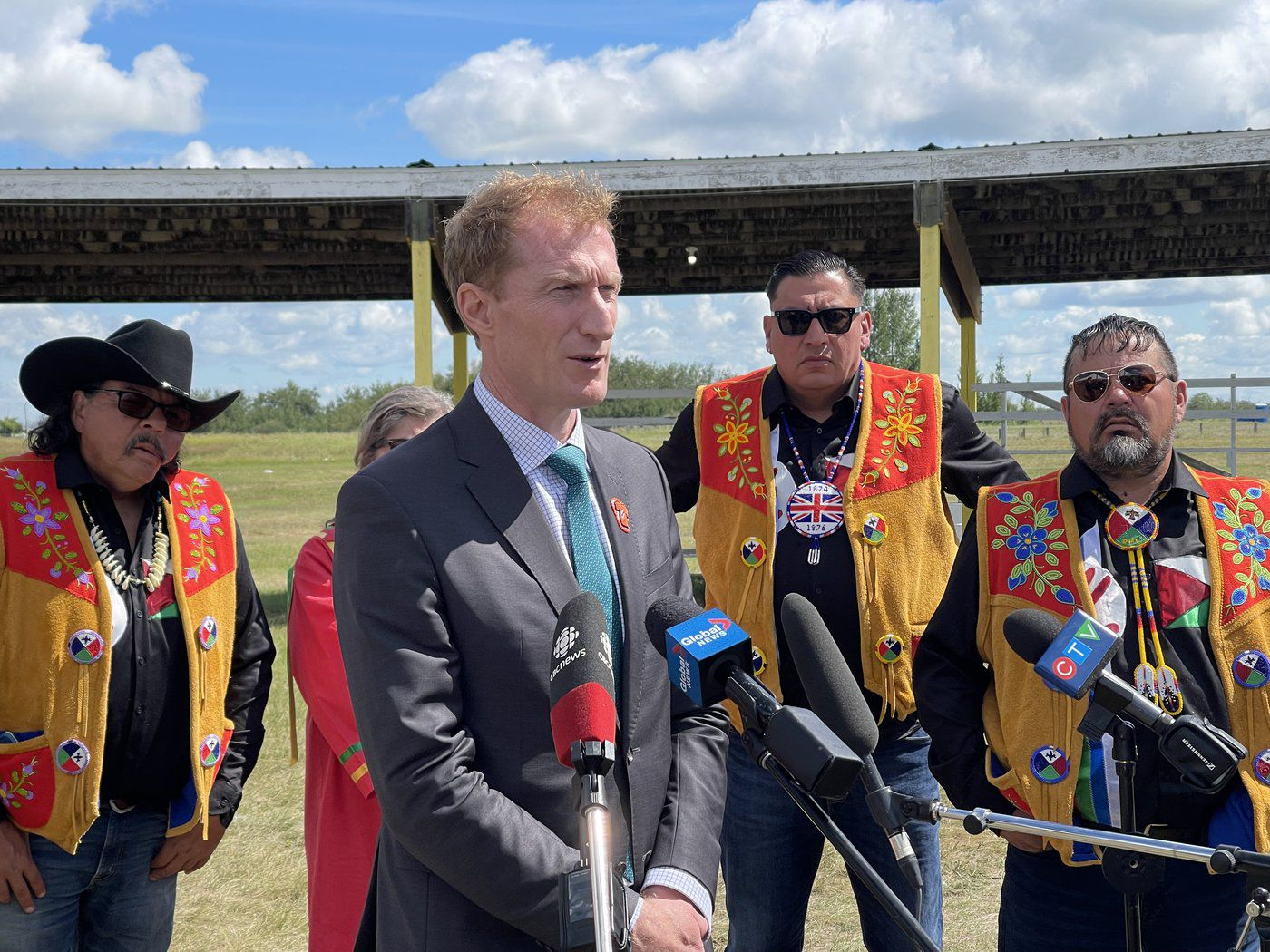 A Saskatchewan First Nation bore witness Wednesday to words it wanted from the federal government since the early 1950s — an apology.

Peepeekisis Cree Nation opened up their powwow grounds to Crown-Indigenous Relations Minister Marc Miller, who delivered the apology after Canada had forced a farming colony on the community's land between 1898 to 1954.

The File Hills Farming Colony received graduates from Saskatchewan and Manitoba residential and industrial schools who were given parcels of prime farmland without the First Nation's consent or compensation.

To make room for the colony, Peepeekisis members were forced off of their land. And those who worked on the colony didn't get to return to their own First Nation communities.

"At the time, Canada claimed wrongly that this scheme would enhance agricultural activity, but we now understand this was an experiment that was invasive in nature, an experiment in radical social engineering," Miller said.

Canada's actions led to a loss of culture because the federal agent who ran the colony restricted access to land, limited household visits, and forbade powwows, dances and other ceremonies, Miller said.

"On behalf of Canada, I apologize for these actions," he said, also delivering the apology in Cree, the language of Peepeekisis peoples.

"They caused great harm to your community, to your language, and your culture, and for this we are deeply sorry."

They were words Peepeekisis Chief Francis Dieter, and 18 chiefs before him, had pushed for since the 1950s.

"(The colony) was a social engineering project that contributed to the genocide of Cree people who resided on the Peepeekisis reserve," Dieter said.

He said the colony was designed to lengthen the assimilation policies that began within Canada's residential school system.

Nearly 7,700 hectares of the nation's land were taken without permission and given to the colony, many of whom were not part of the First Nation, Dieter said.

About 3,200 hectares were left for 62 original members, resulting in lingering divisions among some who remain in Peepeekisis Cree Nation, he said.

Last year, the First Nation agreed to a $150-million federal settlement with the option to add more reserve land.

Miller acknowledged that Canada's actions breached its fiduciary duty to Peepeekisis and failed to protect the nation's interest in the land.

For band councillors and the chief, their focus is now on the youth in the community and ensuring they don't carry the same divisions that afflicted their ancestors.

"Loss of culture contributed to loss of faith and identity by band youth," Dieter said.

Sara Poitras, who is also from Peepeekisis First Nation, said she can relate.

The elementary school teacher said there's a lot of anger and disconnect within her community.

She said her ancestors were transferred to the colony and, like herself, there are many within who don't know where they came from.

"We're from Peepeekisis now, but where were we from before? I'm envious of those who say 'I'm from here, I'm from here.' I wish I had that," Poitras said.

"Now I have a new journey. I want to figure out where I'm from."

This report by The Canadian Press was first published Aug. 3, 2022.

— With files from Kelly Malone in Winnipeg

Reflections on mandates, from COVID to climate