The Pope acknowledged what happened at residential schools was genocide. Where do the federal parties stand? 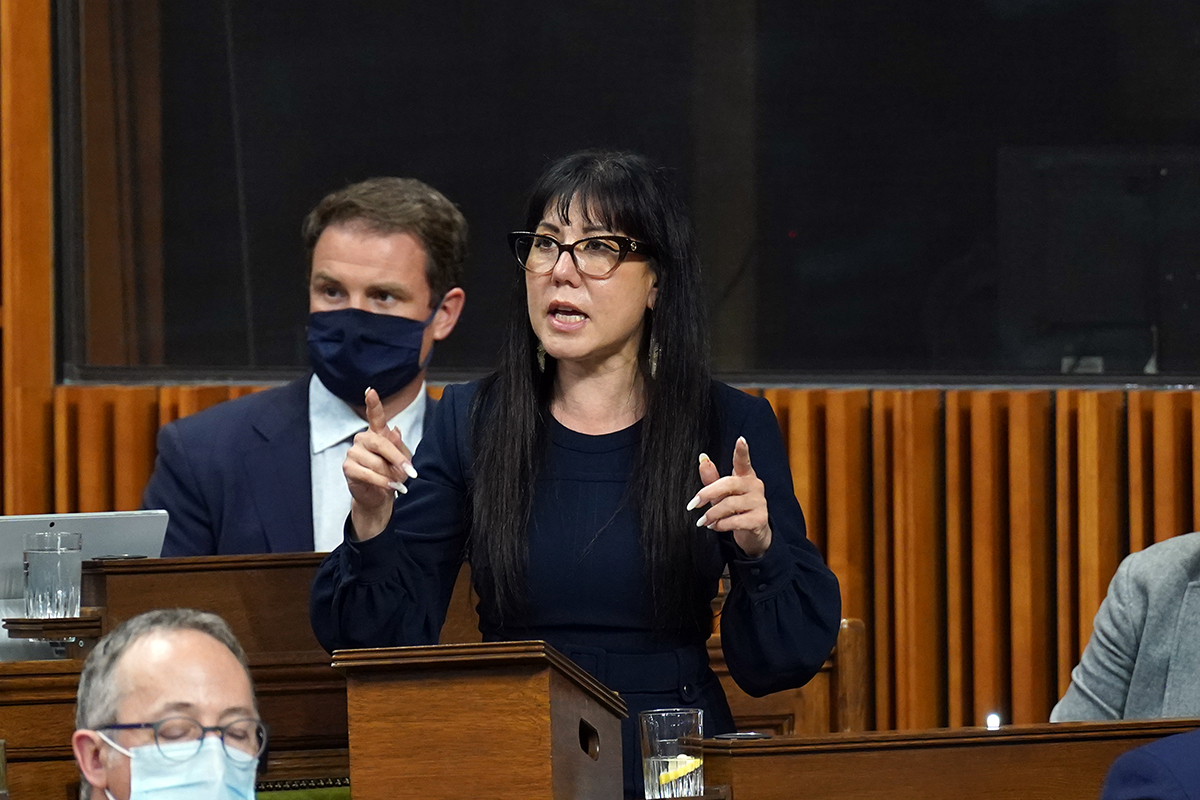 NDP MP Leah Gazan believes that justice for survivors must occur if reconciliation is to be taken seriously. Photo courtesy of Leah Gazan
Previous story

At the tail end of his “pilgrimage of penance” last week, Pope Francis recognized that what happened at Canada’s residential schools was genocide. It’s high time Parliament does the same, says NDP MP Leah Gazan.

The member from Winnipeg Centre is pushing her colleagues to unanimously pass a motion on the matter, which she is looking to introduce when the House sits after the summer break.

“There will never be reconciliation in this country without justice. It’s time (members of Parliament) provide justice for survivors and immediately recognize it for what it was, which is a genocide,” she says.

This isn’t the first time Gazan has sought to forward such a motion. Last year, shortly after the bodies of 215 Indigenous children were found in unmarked graves, Gazan called on the House of Commons to recognize that what occurred meets the United Nations’ definition of genocide. That motion failed to pass.

It’s parliamentary procedure that unanimous consent, in principle, should be worked through all the caucuses. Without working through unanimous consent, the motion could become a “political lightning rod” that could divide people without compromise, she says.

The Greens have no issue with calling the residential school system genocide, May adds. The party has also renounced the Doctrine of Discovery — a 15th-century religious document that gave explorers papal legitimacy to claim and colonize land — as part of its policy.

“It’s a genocide, and it’s not like it’s in the past tense,” May said, referring to Indigenous women and girls who are still missing or have been murdered.

Neither the Liberal nor Conservative parties immediately responded to Canada’s National Observer’s request for comment.

Residential school survivors reckoning with the debate over whether their experience amounts to genocide is another act of violence, Leah Gazan, NDP MP for Winnipeg Centre, says.

But in a statement to Canada’s National Observer, Minister of Crown-Indigenous Relations Marc Miller said: “Canada remains squarely focused on the need to accompany Survivors and ensure their voices are heard as these painful truths become more widely known across the country.”

Several Conservative MPs have also weighed in on the matter. A representative for former MP Jean Charest, who is now running to be Conservative Party leader, told Canada’s National Observer: “Mr. Charest agrees with the conclusion of the Truth and Reconciliation Commission of Canada that the residential school system committed cultural genocide.”

Some argue, like Gazan, that residential schools should be acknowledged as genocide without the “cultural” qualifier.

Pierre Poilievre's campaign did not return a request for comment. However, the Conservative leadership candidate told The Canadian Press: "Residential schools were a monstrous attack on Indigenous people and an odious intrusion of the state and the church into the lives of innocent people.”

Poilievre also said he accepted and agreed with the findings from the Truth and Reconciliation Commission and the National Inquiry into Missing and Murdered Indigenous Women and Girls, both of which used the words “genocide” and “cultural genocide.”

Residential school survivors reckoning with the debate over whether their experience amounts to genocide is another act of violence, Gazan says.

Article 2 of the UN convention defines genocide as killing members of a group, causing them "serious bodily or mental harm," deliberately inflicting conditions meant "to bring about a group’s physical destruction in whole or in part," seeking to "prevent births" within that group or "forcibly transferring children to another group."

Residential schools meet all five of those criteria, Gazan says, but especially the last one.

Over 130 government-funded, church-run residential schools — more than half of which were run by the Catholic Church — were established to sever children from their families and assimilate and shame them for their culture, language and spirituality. At least 150,000 First Nations, Métis and Inuit children attended the schools, according to the Truth and Reconciliation Commission of Canada. Many students forced to attend these institutions also faced physical, psychological and sexual abuse, including the separation of siblings, malnutrition and direct abuse.

Gazan is also calling on the Catholic Church to release documents related to the management and daily operations of residential schools.

Some Indigenous leaders, including Elmer St. Pierre, national chief for the Congress of Aboriginal Peoples, have echoed Gazan’s request for an apology from Parliament.

“Reconciliation will never be achieved unless all Canadians, including all levels of government, recognize and acknowledge the genocide committed by the federal government and churches at residential schools across Canada,” St. Pierre said in a statement to Canada’s National Observer.

“The Pope took a monumental step forward in accepting the truth — and now others must follow suit. If Parliament decides to deny these truths, justice and reconciliation will remain out of reach.”

— With files from Stephanie Taylor at The Canadian Press

Of course it was genocide.

Of course it was genocide. But acknowledging that is just the first step. There has to be the equivalent of the Nuremberg trials where those responsible are held accountable and appropriate punishment meted out. Otherwise, you've got individuals and institutions not only committing genocide but getting away with it.

It's true that the many and

It's true that the many and varied reactions from Indigenous and non-Indigenous people these days make this whole criminal part of Canada's history confusing to many. However, now that affected Indigenous peoples' truths are known, there is no denying the unconscionable effects of the Doctrine of Discovery. What is imperative now is real intensive action on the part of the federal government to rid Canadian legislation, law, and all other public governing entities of colonialism. And of course we all know that that will take an eternity. BUT that's not a reason to give up!