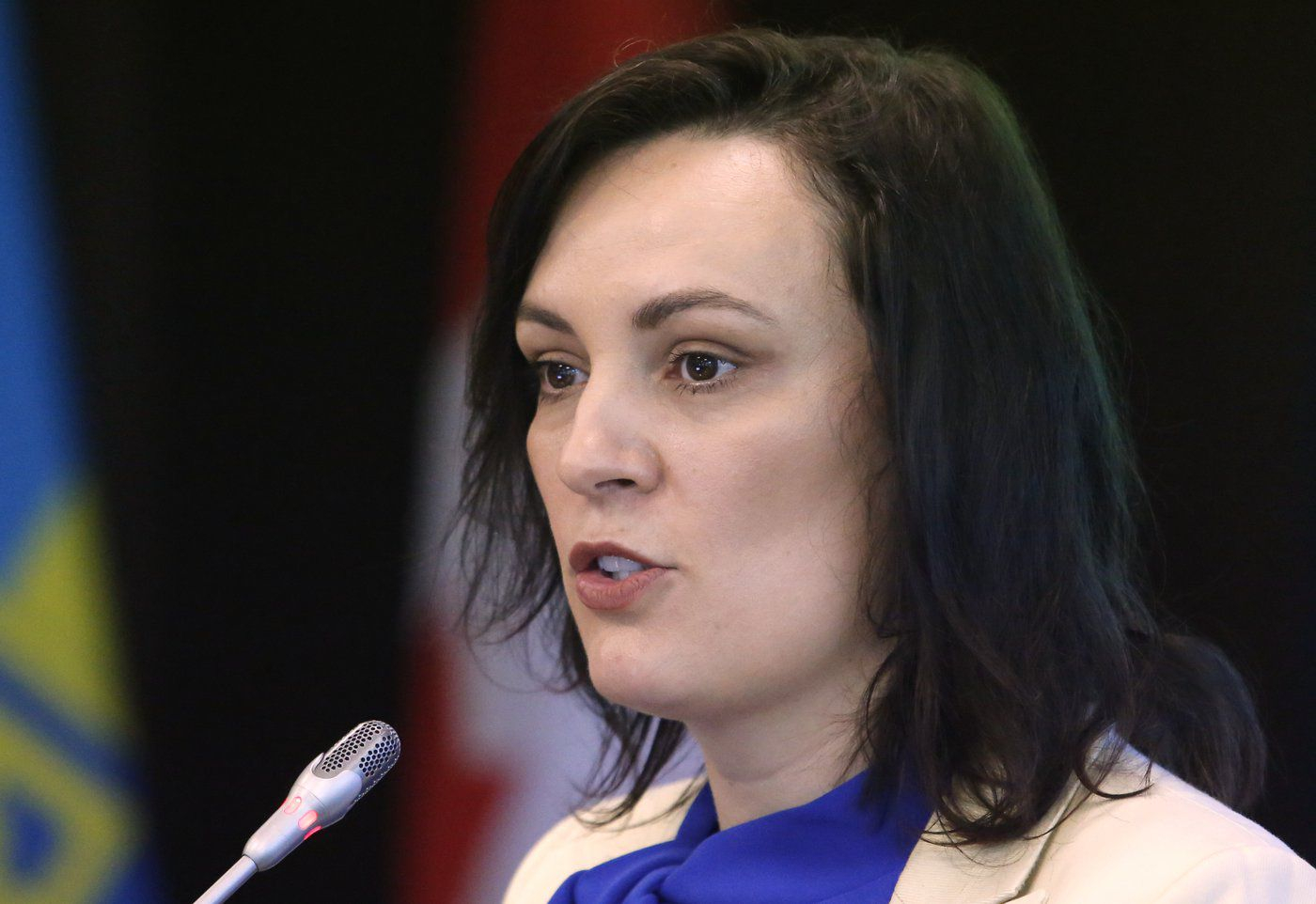 Ukraine’s Ambassador to Canada Yulia Kovaliv speaks at an event to announce 600 internships for Ukrainian students affected by the Russian invasion in Ottawa on Tuesday, June 7, 2022. File photo by The Canadian Press/ Patrick Doyle
Previous story

Ukraine's ambassador to Canada will today make clear her country's disappointment over Canada's decision to allow pipeline equipment that was in Montreal for repairs to be returned to a state-controlled energy giant in Russia despite war-related sanctions.

Yulia Kovaliv is to appear before a committee of MPs looking into Ottawa's decision to allow a turbine to be released to Gazprom, which Canada has sanctioned over Russia's invasion of Ukraine, for use in the Nord Stream 1 pipeline supplying Germany with natural gas.

Last month, the Liberal government drew criticism for granting Siemens Energy an exemption on sanctions against Russia and allowing the turbine to return to Germany and then eventually to Russia for installation in the pipeline.

Siemens Energy was granted a permit to import, repair and return up to six turbines for Gazprom and the Ukrainian Embassy says Kovaliv will renew calls for Ottawa to revoke the decision.

Kyiv has accused Canada of setting a dangerous precedent, arguing the exemptions undermine sanctions put on Russia in response to its invasion of Ukraine.

Foreign Affairs Minister Mélanie Joly and Natural Resources Minister Jonathan Wilkinson are also to appear before the House of Commons foreign affairs committee today, and Liberal chair Ali Ehsassi says it is important for Canadians to hear how the decision was made.

On Wednesday, Joly and German Foreign Minister Annalena Baerbock both insisted the return of the turbines used in the Russian pipeline was necessary.

But they also said the fact that the turbine remains in Germany after Canada allowed its release — and that Russia has since reduced natural gas supplies to Germany to 20 per cent — reveals the level of dishonesty from President Vladimir Putin.

Russia had cited the delayed return of the equipment as a reason for reducing the flow of natural gas through the pipeline that runs to Germany from Russia.

“We called his bluff,” Joly said in Montreal on Wednesday in a joint news conference with Baerbock. “It is now clear that Putin is weaponizing energy flows to Europe.”

Ehsassi said Thursday's meeting of the foreign affairs committee would help establish "the diplomatic representations that were made" around the decision.