Tory leadership hopefuls call for unity. But what do they mean? 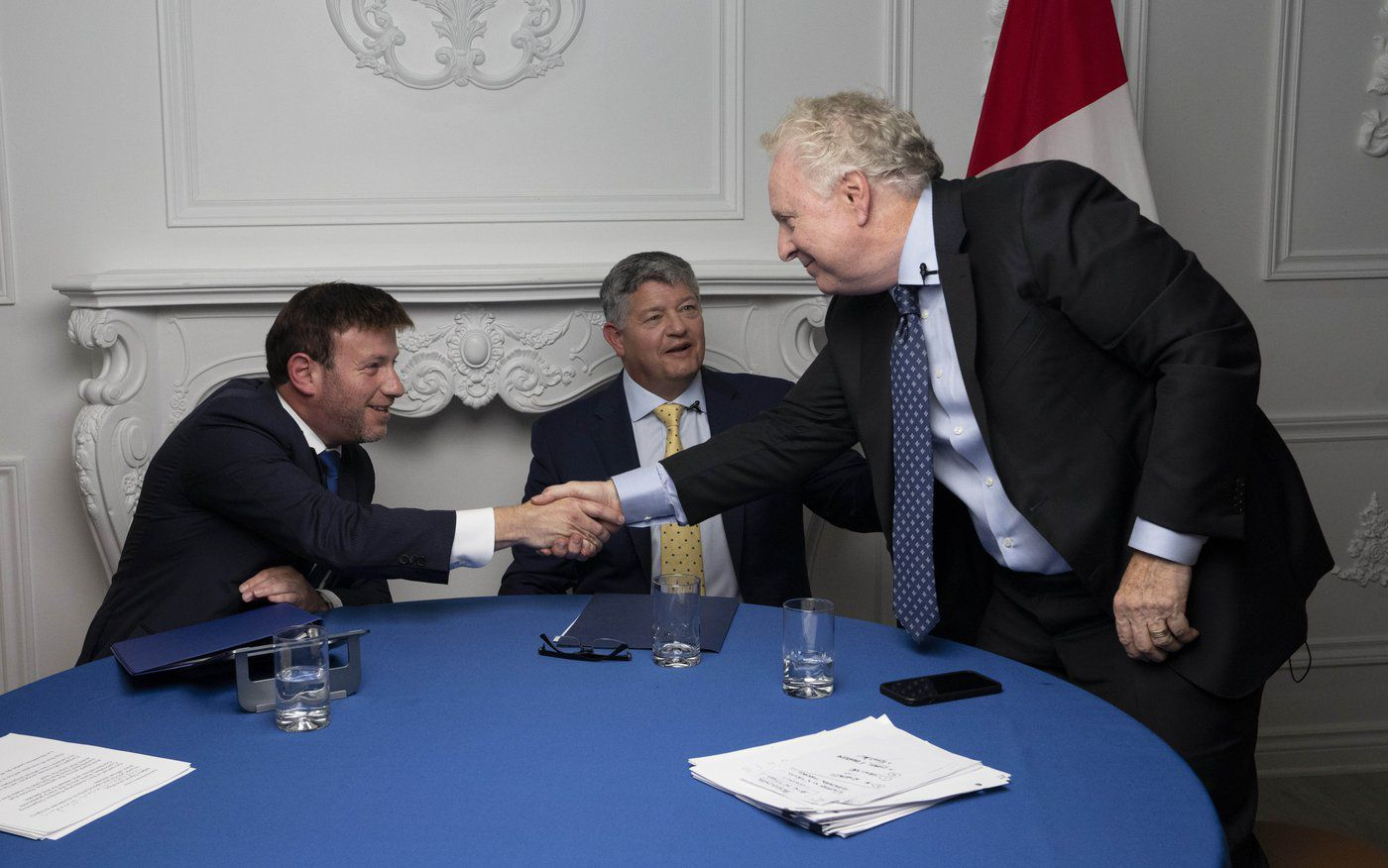 When three Conservative leadership hopefuls met this past week for a debate, the same word kept getting repeated.

Unity. Or more precisely, the need for it.

In a contest largely seen as a battle for the party's soul, which has put decades-old fissures on display between groups that make up its very coalition, what might it take to achieve unity after results are revealed Sept. 10?

As that question lingers, many in the party and beyond are preparing for a scenario in which Pierre Poilievre takes victory.

Much of that thinking is based on the longtime MP's popularity with the existing grassroots, coupled with his ability to draw big crowds and sell what his campaign claims to have been more than 300,000 memberships.

But after winning comes the challenge of leading.

"Somebody has to give some thought to the morning after," said Garry Keller, former chief of staff to Rona Ambrose, who served as the party's interim leader after it lost government in 2015.

Of the 118 other members in caucus, a whopping 62 endorsed Poilievre. That's compared to the party's 2020 leadership race when the caucus was more evenly split between Peter MacKay and the eventual winner, Erin O'Toole.

O'Toole's inability to manage caucus after losing the 2021 election to the Liberals ultimately led to his downfall. He was forced out by a vote from his MPs under provisions in the Reform Act, measures which will remain in place for the next leader.

Poilievre has said his campaign message of "freedom" serves as a great unifier among Conservatives. However, Keller said if some in caucus are taking that to mean they will be able to say whatever they want on social media, they shouldn't.

"I think people will be solely disabused of that notion."

Poilievre and his supporters have throughout the race been accused of sowing disunity in the party by instigating personal attacks against rivals, namely ex-Quebec premier Jean Charest.

Most recently, MPs endorsing Poilievre — along with Scott Aitchison, a rural Ontario representative and fellow leadership competitor — have called into question whether Charest, who has spent the past 20 years out of federal politics, plans to stick around the party after the race is over.

Fast himself resigned from his role as finance critic after criticizing Poilievre's vow to fire the Bank of Canada governor, which ruffled some feathers inside caucus.

"It’s a sad situation that Jean Charest, a patriot and champion of Canadian unity, continues to have his loyalty questioned by party members looking to stoke division," said Michelle Coates Mather, a spokeswoman for his campaign.

"What’s the endgame here exactly? Lose the next federal election by alienating Conservative members who support Charest? Seems a poor strategy for a party looking to expand their base and win a federal election."

While Poilievre enjoys the majority support of the party's caucus, most of the party's 10 Quebec MPs are backing Charest, opening the question of what happens next if he is not successful.

"I'm deeply convinced that our members will make the right choice," he said in a statement.

The group Centre Ice Conservatives, a centre-right advocacy group formed during the leadership race, contends the party has room to grow if it leaves the fringes and concentrates on issues that matter in the mainstream.

Director Michael Stuart says both Charest and Poilievre have policies that speak to the centrists, and what they're hearing from supporters of their group is a desire for more focus on "dinner table issues," such as economic growth and jobs.

"There's a lot of distraction with noise around vaccines and the convoy and those sorts of things."

Not only did Poilievre support the “Freedom Convoy,” he used his message of "freedom" to campaign on the anger and frustration people felt because of government-imposed COVID-19 rules, like vaccine and mask mandates.

How he will handle social conservatives also remains an open question.

Poilievre has pledged no government led by him would introduce or pass legislation restricting abortion access.

"They are largely pro-freedom, pro-family, and yes, even pro-life and pro-faith," he said.

Social conservatives have traditionally been a well-mobilized part of the party's base during leadership contests and helped deliver wins for O'Toole and former leader Andrew Scheer, who is now helping Poilievre in the race.

While Fonseca and other anti-abortion groups are encouraging members to pick social conservative candidate Leslyn Lewis as their first choice, he said the "freedom conservatives" Poilievre recruited will expect results.

That includes giving Lewis a critic role, he said.

"He will be forced to face that reality and to deliver policy commitments to the freedom conservatives and social conservatives that are his base."

"If it doesn't, the peril is you become a flip-flopper like Erin O'Toole," he said, referring to walk-backs the former leader made on promises after winning the leadership.

This report by The Canadian Press was first published Aug. 7, 2022.